“PAKISTANI LEADERS DID NOT FOCUS ON KEY ISSUES FACING THE COUNTRY.”

HomePress Release“PAKISTANI LEADERS DID NOT FOCUS ON KEY ISSUES FACING THE COUNTRY.” 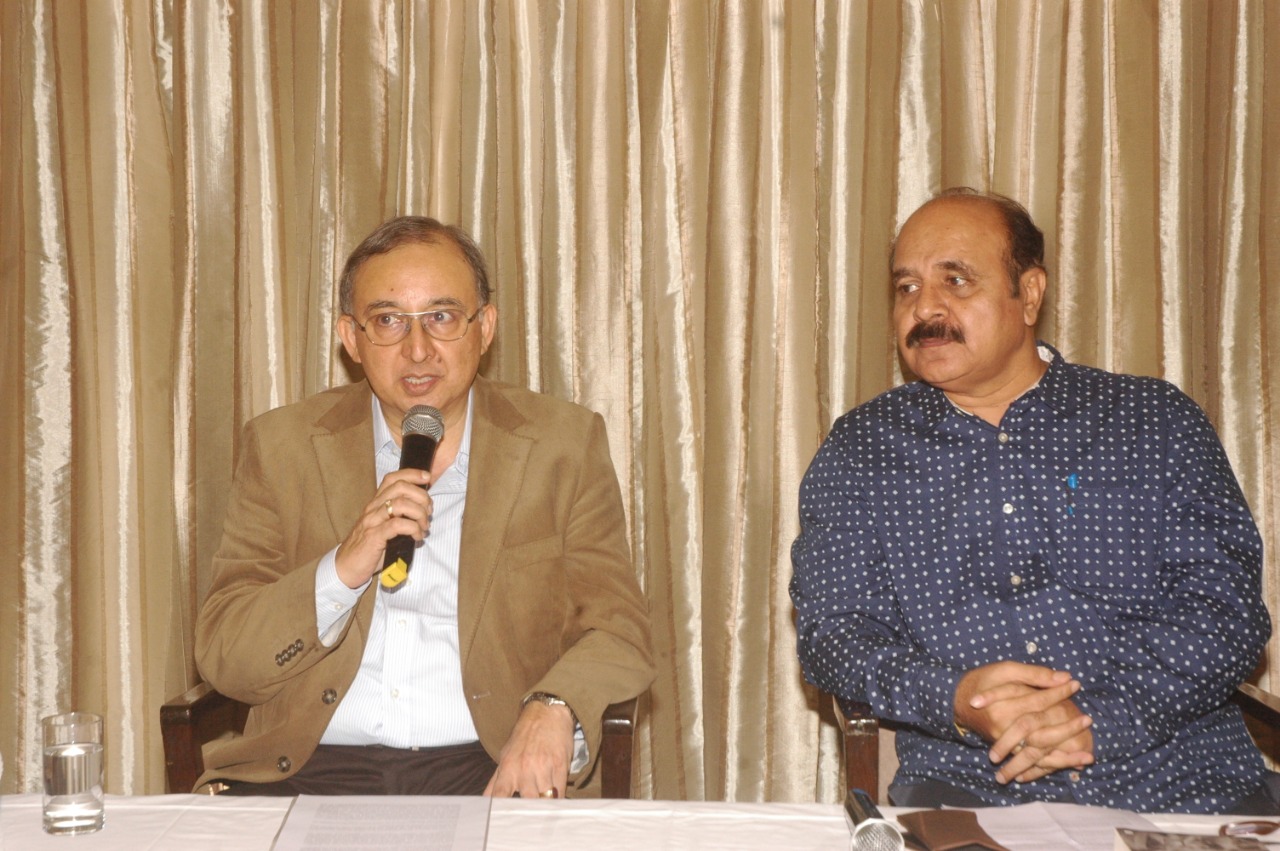 “PAKISTANI LEADERS DID NOT FOCUS ON KEY ISSUES FACING THE COUNTRY.”

In the last seven decades, Pakistani leaders did not focus on the key socio, economic and political issues facing the country.  With each of their leaders having a major flaw, leadership has been a crucial problem in Pakistan. This was stated by Former Special Secretary, RAW and Cabinet, Government of India, Tilak Devasher in Jaipur today . He was speaking at the discussion of his book ‘Pakistan: At the Helm’ at Ashok Club. The author was in conversation with veteran journalist and Head of Department of Mass Communication, University of Rajasthan, Dr.  Rajan Mahan.  The event was supported by Mayo College Jaipur Alumni.

During the discussion, Devasher focused on Pakistan’s leadership over the last seven decades. More specifically, he looked at their lives, their times and their personalities. The author presented a human side to the country’s political history while revealing the inner workings of Pakistan’s corridors of power. The reason why these leaders fell from power and in the estimation of the people was also reflected on.Talking about Jinnah, Devasher said that for a person who created Pakistan, the treatment meted out to him at the fag end of his life when he was ailing was disgraceful. He could not even get a functioning ambulance to take him from the Karachi airport to the Governor General’s Residence.
Ayub Khan’s record as an army officer was dismal, said Devasher. He was relieved of command in Burma and sent back for ‘cowardice under fire’. He failed in the Punjab Boundary Commission where he was almost court martialed. On the other hand, Yahya Khan was a boisterous person, a hard drinker with a weakness for unrestrained frolicking. He was thrust into a situation that he was not competent to handle, either intellectually or by training leading to the dismemberment of the country.

The one leader who arouses most passions in Pakistan till today is ZA Bhutto, stated Devasher. For his supporters, he gave them ‘zabaan’, gave them hope of roti, kapda aur makan. For his detractors, he was a vicious megalomaniac, a dictator who brutally suppressed his opponents.

A chess player in a nation of cricketers; Zia Ul Haq allowed himself to be underestimated, perhaps deliberately, with his humility and never saying no, leading to recurrent miscalculations about him.Like her father, arrogant to the core and like him, a fighter. Benazir Bhutto, called ‘Alice in Blunderland’ by some of her colleagues did not have the majorities to be able to implement policies. In 2007 she possibly miscalculated extent of US support for her return to Pakistan and paid the price with her life.Nawaz Sharif has the dubious distinction of not being able to complete each of the three terms he was the PM, being removed by the President, the army chief and the judiciary and not being able to get along with any of the army chiefs he appointed.

While Pervez Musharraf should have been a footnote in Pakistan’s history, he occupied centre-stage through the indecisiveness of Nawaz Sharif who let him continue with Kargil and not hold him accountable for the Kargil misadventure at the appropriate time, added Devasher.

It is to be recalled that previously, Devasher has also authored ‘Pakistan: Courting the Abyss’ which focused on critical issues plaguing the country.