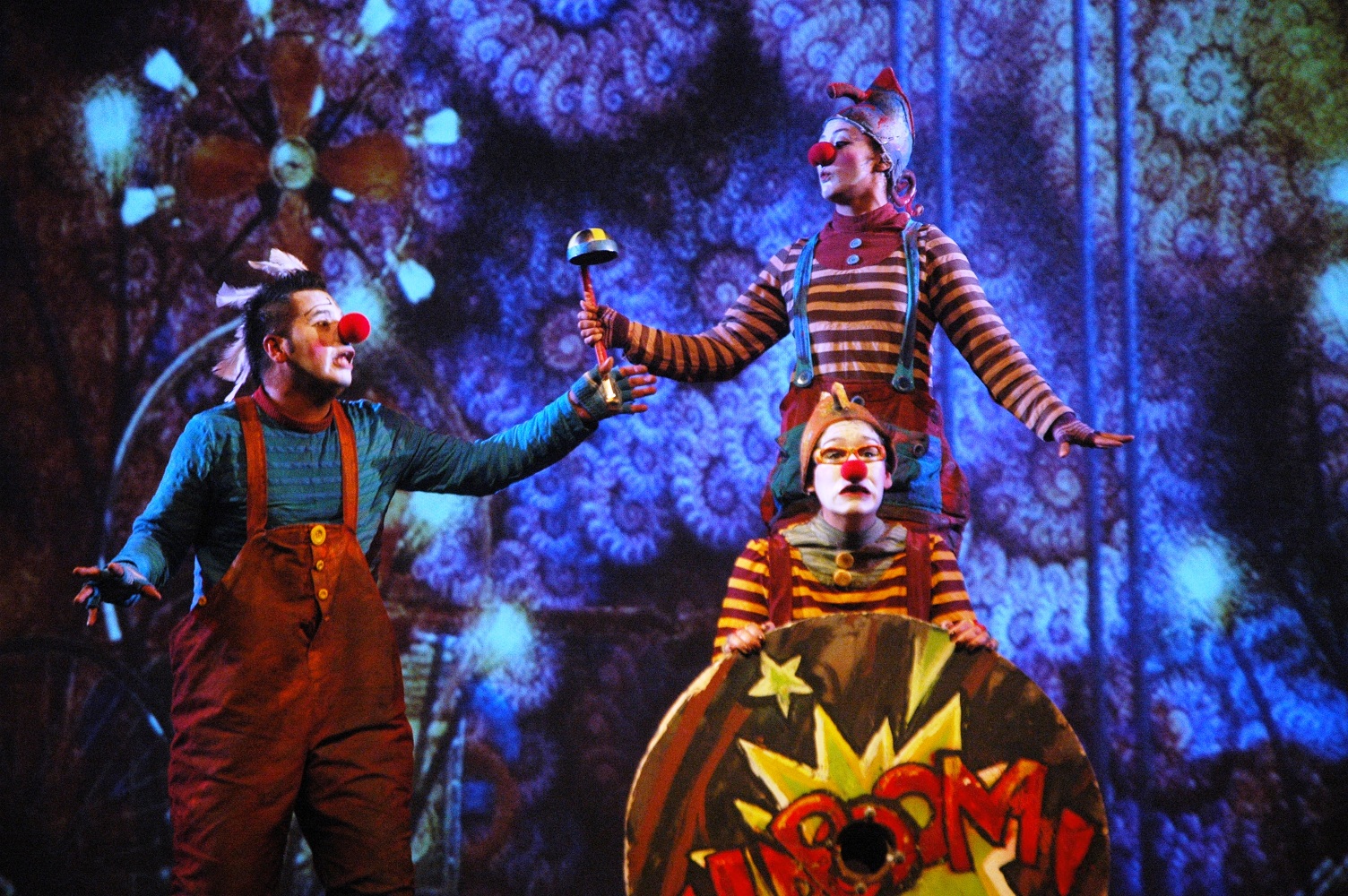 Presented by ‘Triciclo Rojo’, Mexico in association with ThinkArts

Jaipur, 3 December: As a part of the weekend theater and cultural activities at Jawahar Kala Kendra (JKK), a non verbal play ‘Vagabond’ was staged today.

The play narrated the story of three vagabonds in search of happiness and how a dandelion changed their meaning of life. Cazzo, Lazzo and Pozzo spent their days trying to fix a lighthouse. As the story moved on, a journey through braveness, fraternity and tenderness wrapped the travellers.

Through the medium of danza clown and the poetic encounter between imagination and body, the dancers told their original stories and lived within a clown universe. They conveyed simple yet meaningful messages through poetic stories that included animation and live music, creating an environment through which children could interact.

Triciclo Rojo is the creation of young artists fusing dance, clown, plastic arts and imagination. Children are their inspiration and audience.

‘RENDITION OF QAWWALIS SPELLBINDS THE AUDIENCE AT JKK

Press Release As a part of ‘Azadi Ka Amrit Mahotsav’, Jawahar Kala Kendra (JKK), and the Department of Art and Culture, the Government of Rajasthan jointly organised a musical rendition of Qawwalis — ‘Shaam-e-Qawwali’. The Qawwalis were presented by the Sabri Sufi Brothers Group. The programme was held in...