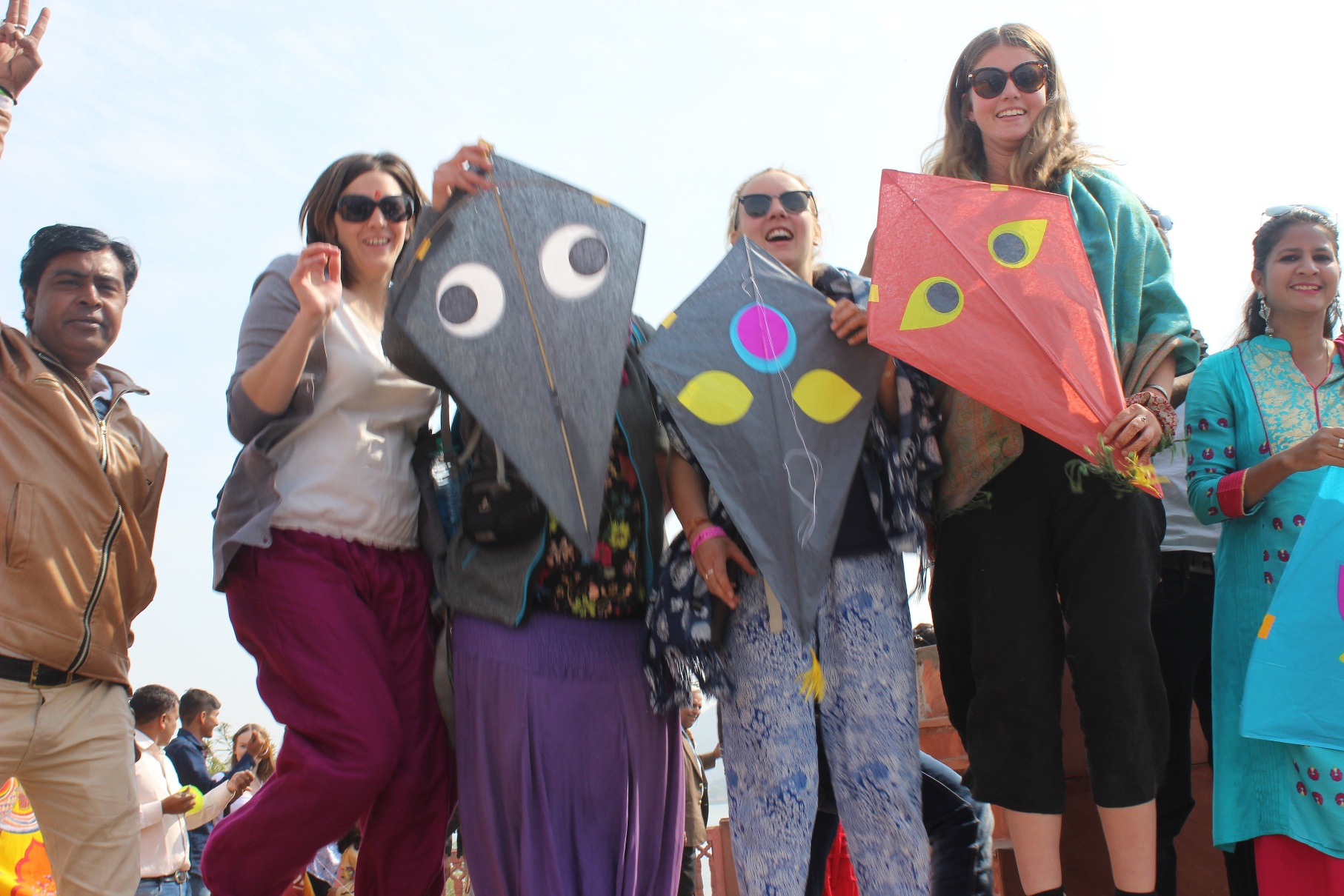 Organized by the Department of Tourism

On the occasion the Department organised an array of events like exhibition of kites, demonstration of fancy kites as well as a kite flying competition. The kites and the string were also available for the tourists who wanted to fly kites. Furthermore, on the occasion cultural performances by the local folk artistes were also an attraction. Folk dances like Kachchi Ghodi, Gair, Kalbeliya, Chakri, Puppet as well as Algoja, Langa Singing, Behrupiya, Band and Rawan Hatha Vaadan, among others were performed. Tourists also enjoyed the traditional cuisine of Makar Sankranti like ‘Til-ke-Ladu’ and ‘Dal-Ke-Pakoras’ as well as Camel Cart Rides on this occasion.

It is to be noted that over the years, this festival has become a special attraction not only for the Jaipurites but also for the tourists visiting the city.