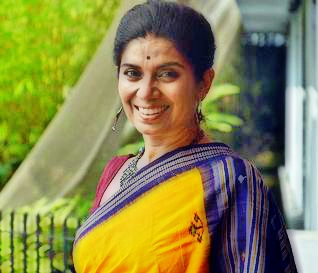 ‘तह–सतह: A Very Deep Surface’ to conclude with a talk by Gayatri Sinha and

Jaipur, 2 March: The one and a half month long ‘तह-सतह: A Very Deep Surface, Mani Kaul and Ranbir Singh Kaleka: Between Film and Video’ moving image exhibition will conclude with interesting talks and discussions by renowned personalities on the last two days.

A talk with Delhi art critic and curator, Gayatri Sinha on the topic of ‘Shadow Encounters: Video Practices in India’ will be held on Friday (3 March). On Saturday (4 March), a discussion between well-known Indian actress Mita Vashist and exhibition curator, Ashish Rajadhyaksha on ‘That thing called actor…’ —  Mani Kaul’s theory of performance will be held.

Gayatri Sinha’s work primary deals in areas of enquiry around the structures of gender and iconography, media, economics and social history. She also started Critical Collective, a forum for thinking on conceptual frames within art history and practice in modern India. Mita Vashisht is a well-known Indian actress who has worked in television, film and theatre industries. Some of her famous works include Kyunki Saas bhi Kabhi Bahu Thi, Lal Ded, Jodha Akbar, among others