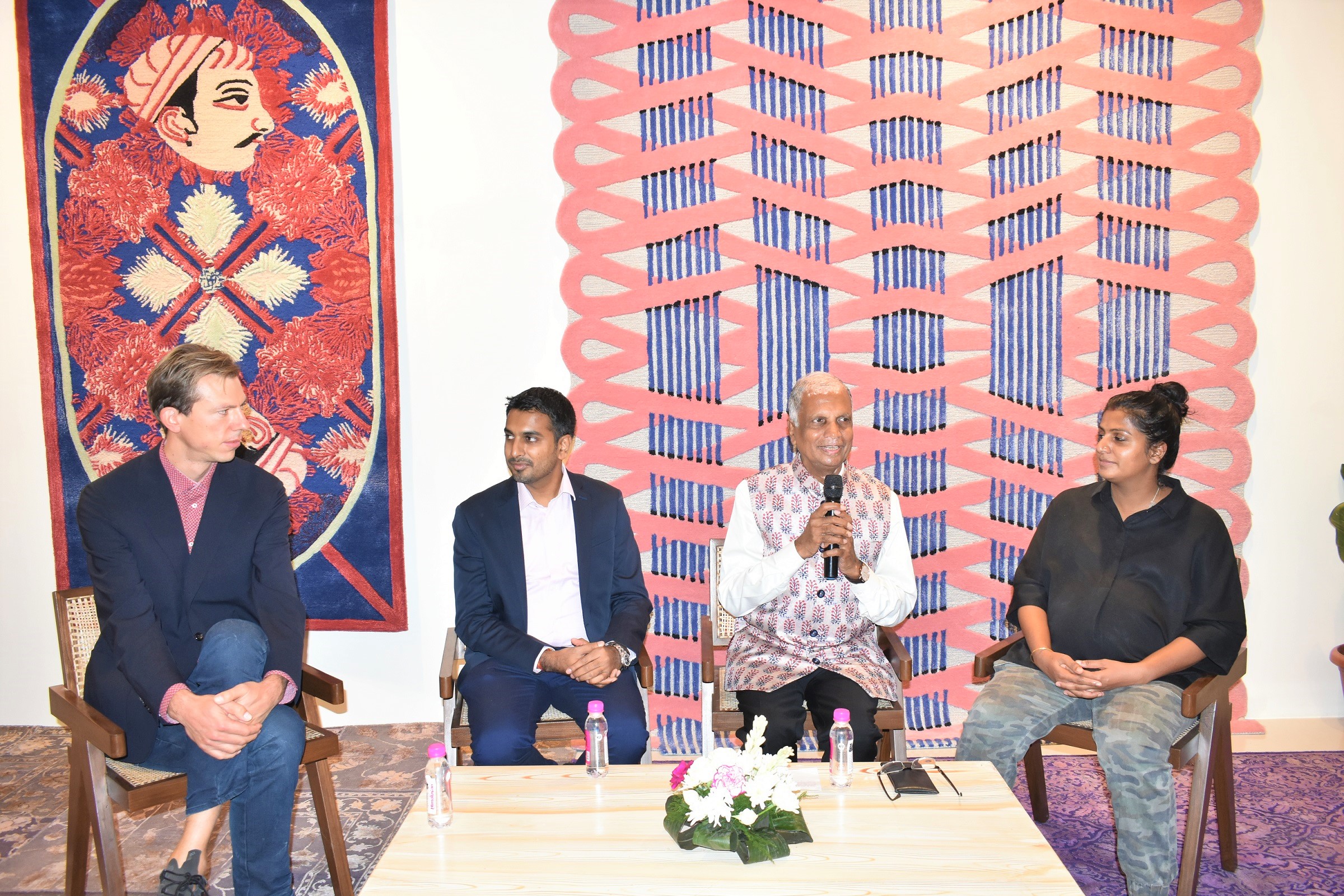 An eclectic collection of handmade rugs by Italian designer, Matteo Cibic and Jaipur Rugs was showcased in the newly launched Jaipur Rugs Gallery. The new store is located in Chaura Rasta of the famed walled city of Jaipur. Jaipur Rugs is one of the few Indian brands that export contemporary Indian design, culture and visual identity abroad. It is a 40-year old brand based out of Jaipur that is taking the incredible history and fantastic heritage of the Pink City to the world. It uses the age-old art of handmade carpets to bring prosperity to 40,000 rural artisans of which 80% are women artisans. This was informed by Founder of Jaipur Rugs, Mr. N.K. Chaudhary.

Director of Jaipur Rugs, Mr. Yogesh Chaudhary said that Jaipur Rugs is currently selling handcrafted rugs to 60 countries. After opening its first store in Delhi and then Mumbai, the brand has now taken the initiative to target the Jaipur audience and sell quality rugs to make the brand even stronger. The Gallery will house over 200 rugs from collections exclusive to the brand.

Talking about the inspiration for creating the ‘Jaipur Wunderkammer’ collection, popular Italian designer, Matteo Cibic said that after visiting Jaipur he was mesmerised by the magnificent architecture and monuments of the famous Pink City that he decided to create the collection as an ode to Jaipur. He has used mixed geometric and decorative patterns together and added shades of pink, rose, orange and peach that are typical to the city. The collection flaunts the strong elements of the city in a contemporary manner to the global audience. The pop and graphical collection uses bold motifs and iconic figures such as Rajasthani moustachioed soldier, monkeys, triangular flag and popular views of Jaipur’s buildings and monuments.

Design Director of Jaipur Rugs, Ms. Kavita Chaudhary said that it is for the first time that an Italian designer has not only been inspired by the Indian culture, but has also designed a collection exclusively for an Indian company. The Jaipur Wunderkammer collection has been named after cabinets of curiosities that came into existence in the mid-16th century. The collection was first launched at Salone Del Mobile in Milan in April 2019.