CLASSICAL SONGS RENDERED AT MAAND AND GAZAL GAYAN AT JKK 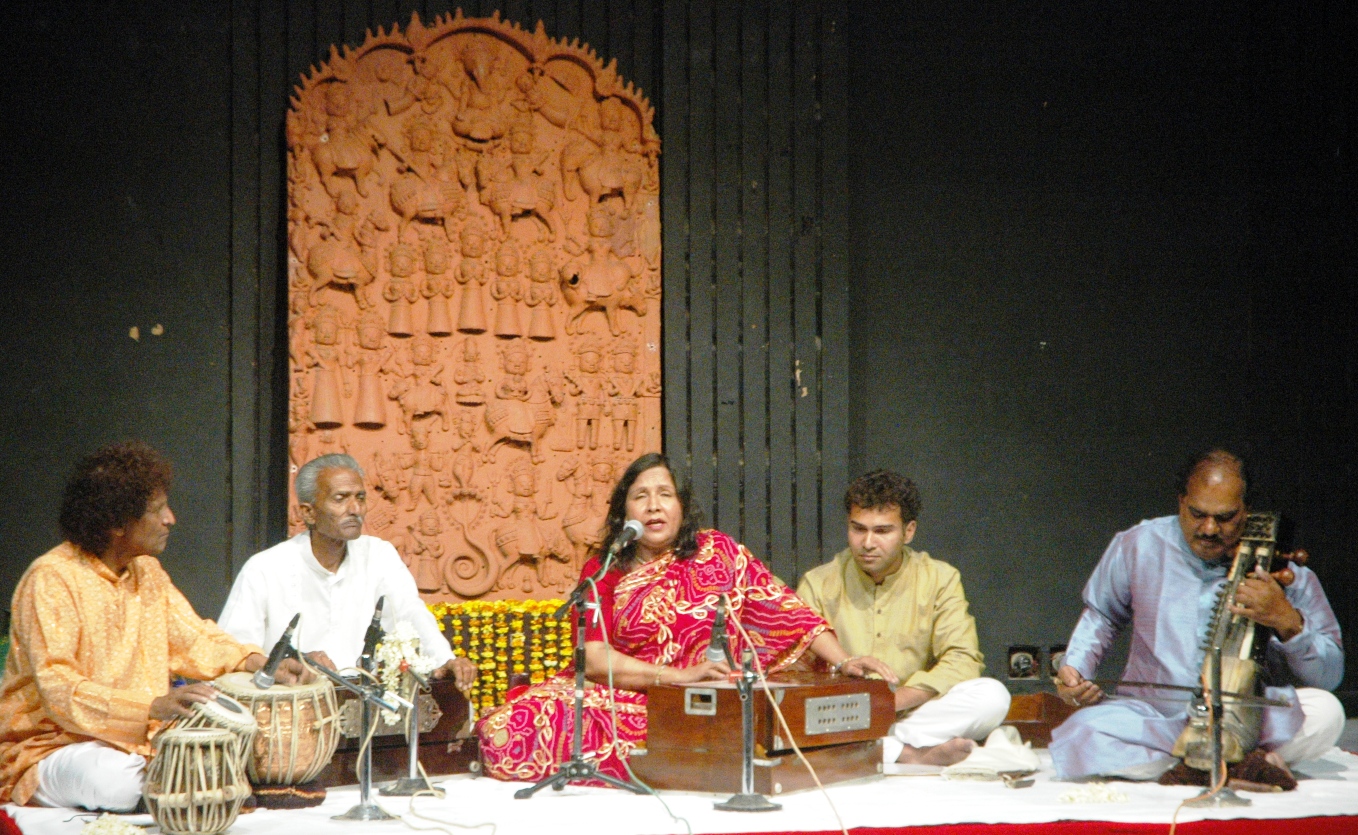 CLASSICAL SONGS RENDERED AT MAAND AND GAZAL GAYAN AT JKK

Performance by Rehana Mirza of Rajasthan and Shashilata Virk from Canada

Jaipur, 21 April: As a part of the weekend cultural activities, Jawahar Kala Kendra (JKK) presented ‘Ruhaniyat’ – a Maand and Gazal programme with vocalists Rehana Mirza of Rajasthan and Shashi Lata Virk from Canada.

Shashi Lata Virk is a A-Grade Ghazal singer from All India Radio who started her early music training at 7 years of age. She was groomed under the guidance of Late Ustad Bhure Khan of Kirana Gharana in classical and light music. She produced her first album of Ghazals with HMV India and also lent her voice as a playback singer in Bollywood films like, Dukh aur Sukh and Sandhya. Currently, she runs Shashi Lata Music Academy in Surrey BC and has numerous students whom she teaches the traditions of Indian music.

The vocalists were accompanied by Ustad Naseer Khan on Harmonium, Ustad Liyakat Ali Khan on Sarangi and Ustad Nisar Hussain on Tabla.