HomePress Release“ART AND CULTURE CAN BE WELL PRESERVED BY COMMUNITY” 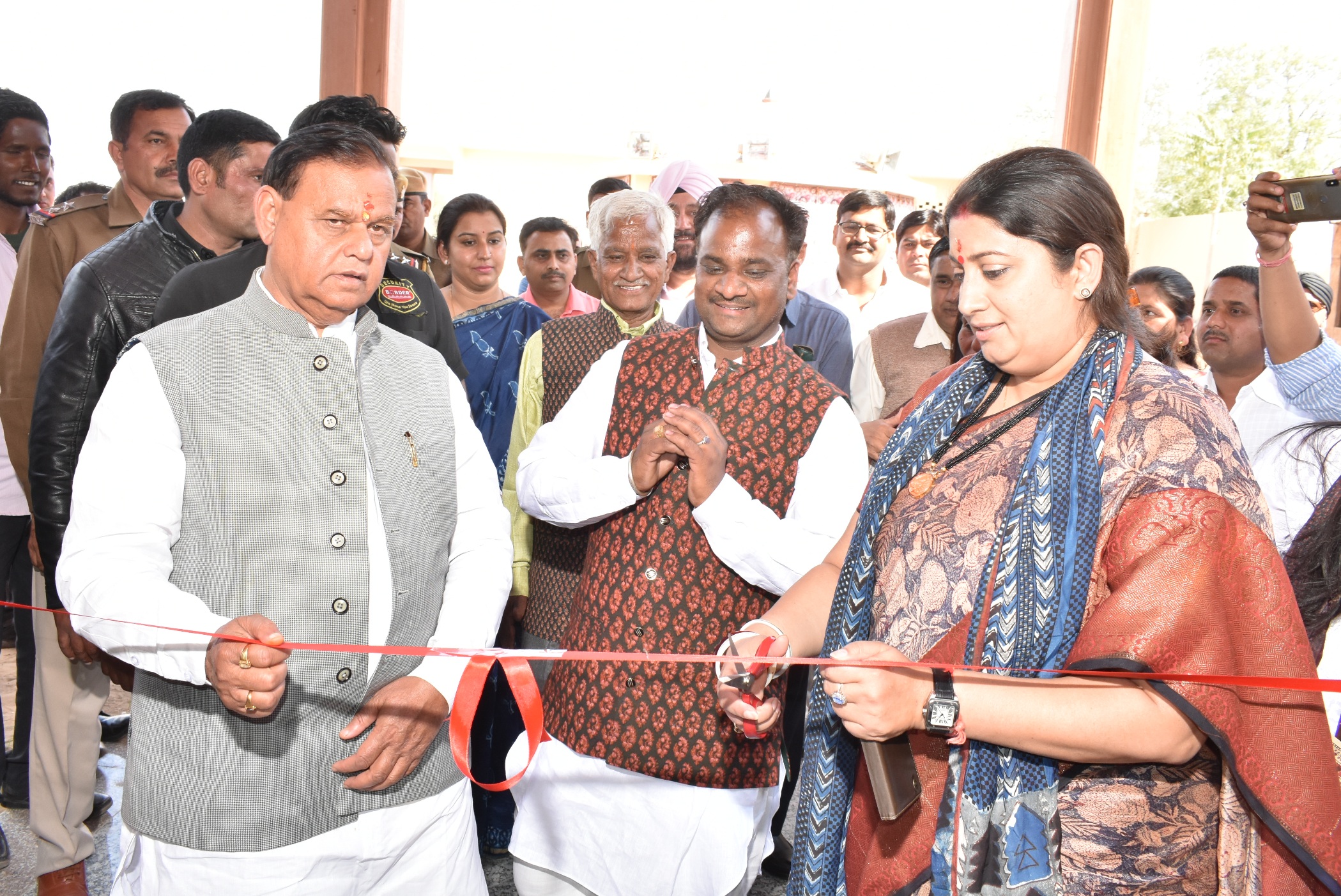 The hand block printing ‘Titanwala Museum’, was  inaugurated by the Union Textiles Minister, Ms. Smriti Irani. After the traditional cutting of ribbon she went around the galleries displaying a large number of traditional wooden blocks, utensils and instruments used for dyeing and printing, old photographs depicting the history of the ‘chhipa’community, among others.

On the occasion the Union Minister said that the unique Titanwala Museum has amply proved that art and culture need not be dependent on the government for being nurtured or preserved. She said the museum will go a long way in putting the name of Bagru on the world map. The legacy of block printing is preserved due to the initiatives of collectors like Mr. Suraj Narayan Titanwala, who belongs to the community of Chhipas, she said.

The Union Minister was accompanied by the Jaipur MP, Mr. Ramcharan Bohra who requested her for a STP project in Bagru. The Minister said that once the project is submitted to her Ministry, she will positively look into the proposal.

Mr. Suraj Narayan Titanwala said that it was his long-nursed dream and  it has come into fruition. The museum is an effort towards preserving the art of traditional Bagru block printing.

Hand block printing is a laborious art form where patience, creativity, and precision are crucial. It involves a range of people with specific skill sets: kharaodi (block carver), rangrez (dyer), chhipa (block printer), and dhobi (washer women and men). This time and labour-intensive style of printing which involves using natural dyes continues to be practiced by very few families where techniques are passed on through generations.

His collection of blocks, fabrics and related materials through the years, now form the core collection of The Titanwala Museum. It is a repository of knowledge for textile connoisseurs and enthusiasts. Due to limited natural resources and labour issues many have given up this traditional practice of block printing for more lucrative sources of livelihood. The Titanwalas realize the importance of sharing their collection with the world and spreading knowledge on the art form.

The exhibits include traditional tools and materials used in block making, historical wood blocks, raw materials for dyes and mordants, wide range of traditionally printed fabrics. The process of block making, dyeing the cloth, printing, resist printing etc. is also highlighted through swatches showing the step by step procedures. Additionally, reflections of social identity and the rural lifestyle are some of the themes that are discussed through photographs and objects.

What sets the museum apart is the actual process of preparing the dyes, the act of dyeing, printing, washing and drying, is all on view as the Titanwalas go about their work.

The museum is open from 9 am – 6 pm, from Monday to Sunday, closed on national holidays.