AMBITIOUS PRODUCTION OF KHASAK MAKES ITS MARK IN JAIPUR

HomePress ReleaseAMBITIOUS PRODUCTION OF KHASAK MAKES ITS MARK IN JAIPUR 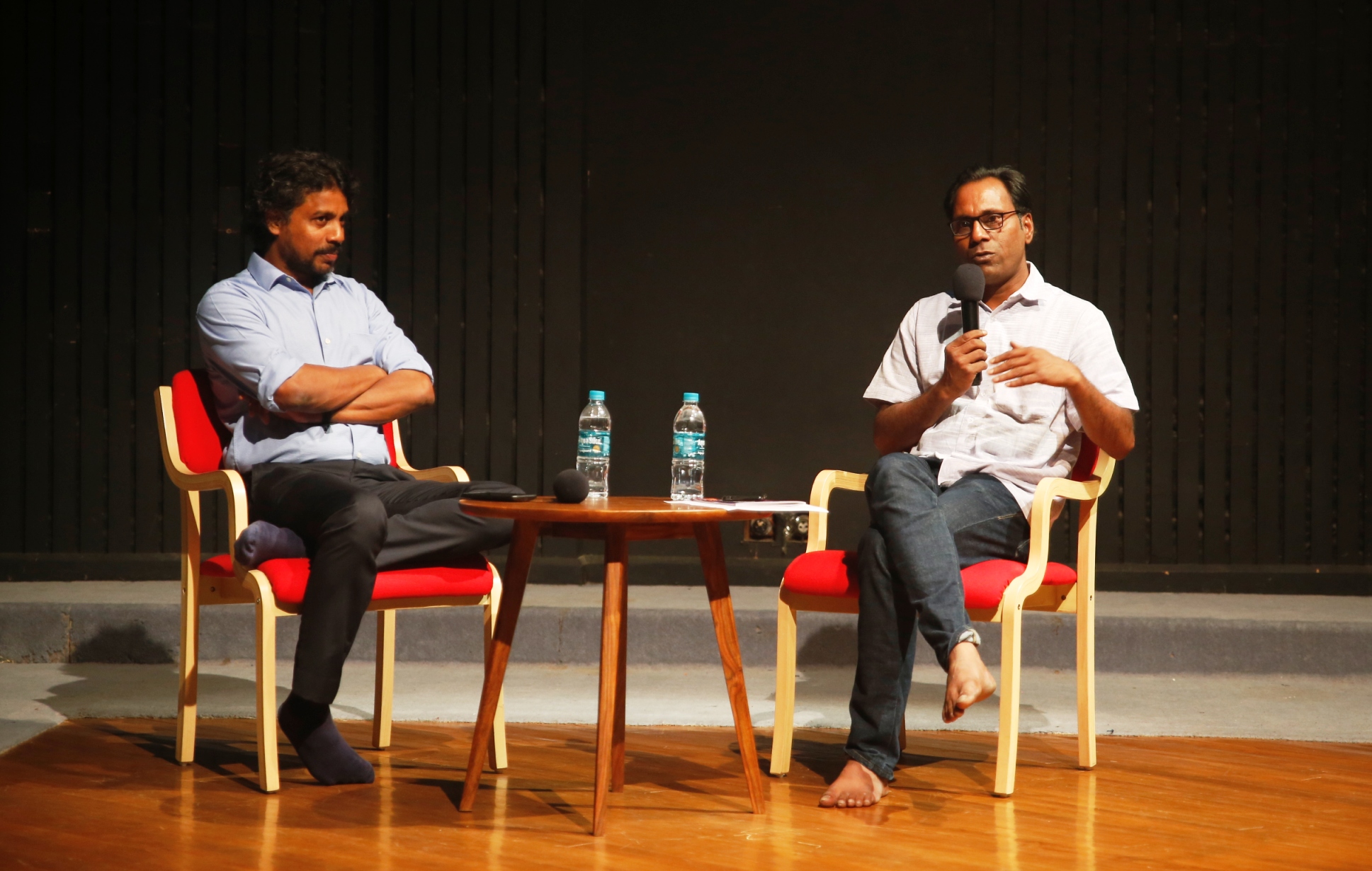 AMBITIOUS PRODUCTION OF KHASAK MAKES ITS MARK IN JAIPUR

Meet the Artiste of ‘The Legends of Khasak’ – Deepan Sivaraman

Sivaraman said “It was a real test for me and the team to perform in front of a Non-Malayali audience”. The novel The Legends of Khasak by O.V. Vijayan which insprired the play is sacrosanct literature in Kerela. According to him, Malayali literature can be distinctly characterized by Before Khasak and After Khasak.

Speaking on devising the concept of the play he said that he works on plays which are already on his mind. After reading the novel many years ago, he proceeded to visualize the text in his mind then and then created the play. Sivaraman designs his own work as he finds it difficult to narrate to writers the message he wants to portray to the audience. After imagining the text visually, he begins the conversions process whereby, he creates the body of the play piece by piece.

The village of Khasak is a powerful place with dominanting people. The people of Khasak, Hindus and Muslims, consider themselves descendants of the 1,000 horsemen who had come in times past. Analyzing the first scene of the play, Sivaraman wanted to show the villagers rising out the graves, moving slowly towards the audience to tell their story. The plot explored all the myths of the land with a strong relationship between Nature – Ancestors. Deep and meaningful philosophies of togetherness, nature (flora and fauna), ancestors and a past, the people don’t want to let go of.