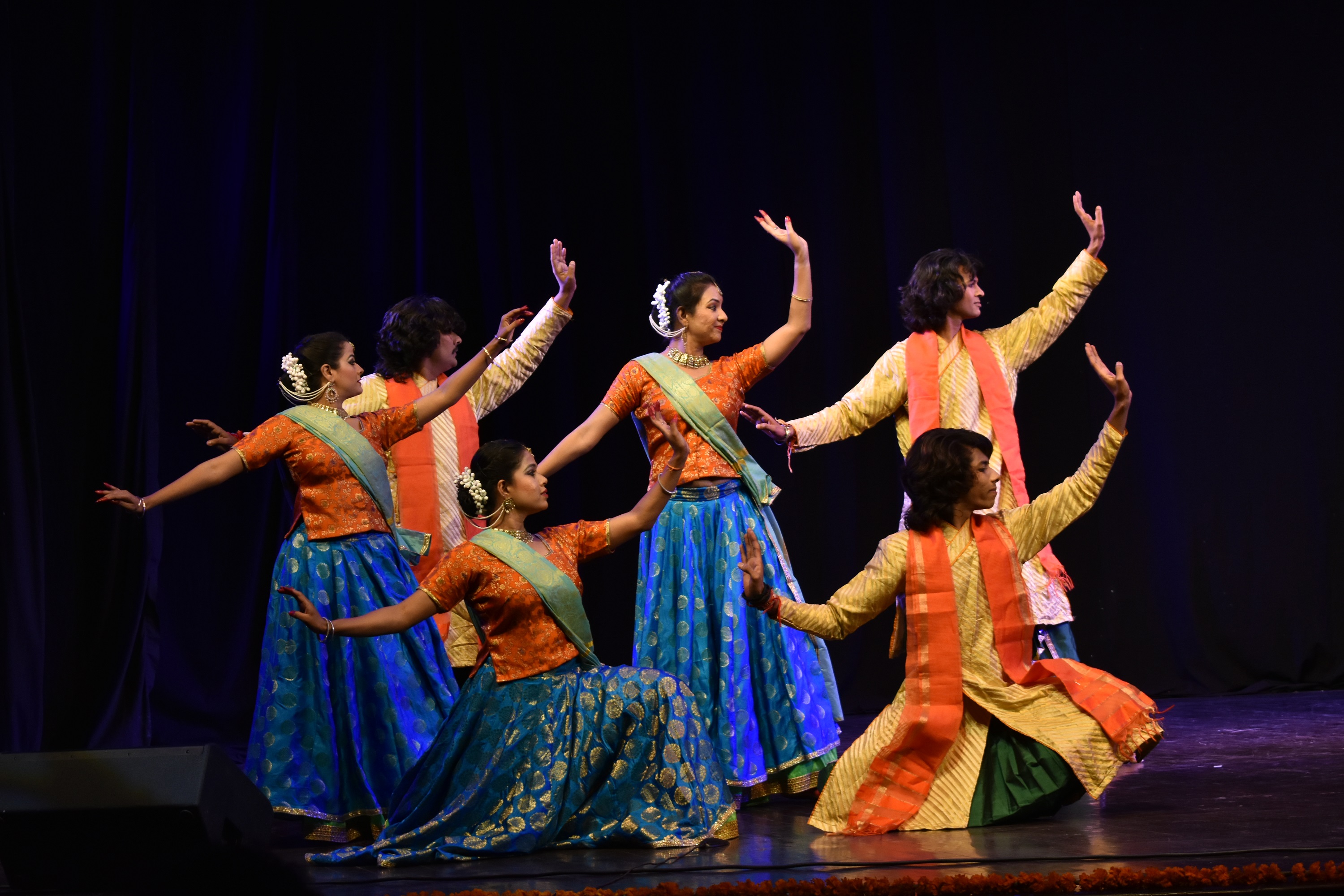 The 5-day Kathak festival, ‘Nrityam – Gharane Kathak Ke’ was inaugurated by the Minister of Art, Culture and Archaeology, Dr BD Kalla at Jawahar Kala Kendra (JKK). The Chairperson, Jaipur Citizen Forum, Mr Rajiv Arora was the Guest of Honour at the event. The Additional Director General, JKK, Mr. Furqan Khan was also present at the event. ‘Nrityam’ is being held in collaboration with North Central Zone Cultural Centre, Prayagraj.

The festival began with the ‘Traya’ performance by Vidushi Shovna Narayan’s group. ‘Traya’ in English means three. The universal power of three was represented through this performance conceptualized by Padmashri Shovna Narayan. It consisted of three dance presentations, ‘Triveni’, ‘Trayam’ and ‘Trikal’. The event began with the performance of ‘Triveni’. As per mythology, one of the purest places in India is the meeting point of three rivers- Ganga, Yamuna and Saraswati. This meeting point ‘Triveni’ holds immense religious significance in Indian mythology and was the theme of the first presentation of dance performance. The second presentation ‘Trayam’ represented the three fold nature of the world – birth, life and death. The concluding piece ‘Trikal’ showed that the Indian wheel of time consists of the past, present and future.