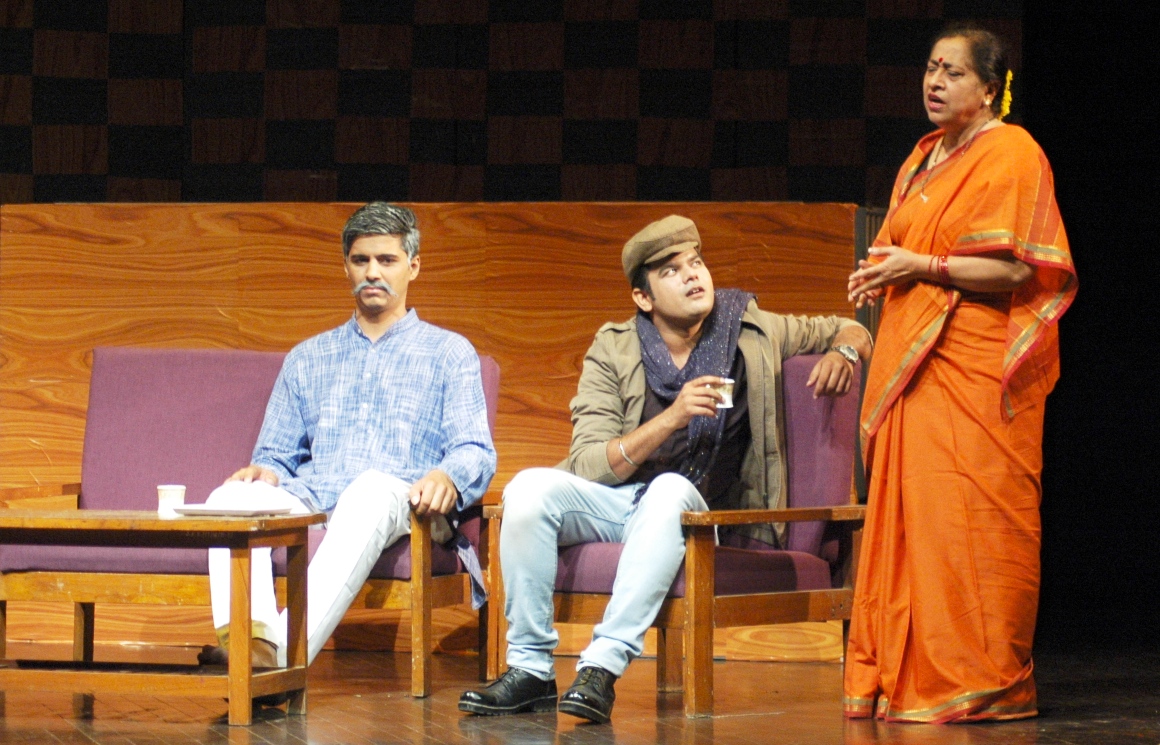 The event was jointly organized by JKK and Sangeet Natak Academy

The play revolved around a simpleton girl – Saraswati (Saru), who is overdue for marriage. Despite the best attempts by parents to find her a suitable boy and get her married off – she is rejected by every suitor that comes along. The consequent frustrations have strained relations between everyone in the family. There comes a stranger who claims acquaintance with the family by virtue of having lived in their neighbourhood. He very quickly charms the parents who broach their daughter’s problems with him. He talks her into realizing that she need not be bogged down by others’ opinion of her and encourages her to think of herself as attractive.

His tricks work and the family is ecstatic about the marriage but Saru reveals that she loves the stranger and not the suitor who accepted to marry her. Amidst the emotional confusion the stranger overcomes his love for Saru and yet again manages her to consent to the marriage as per her parents wishes. Years later the stranger and Saru’s paths cross again and the stranger comes to know that Saru has named the child after him. The dialogues and circumstances in the play had the audience in splits throughout.