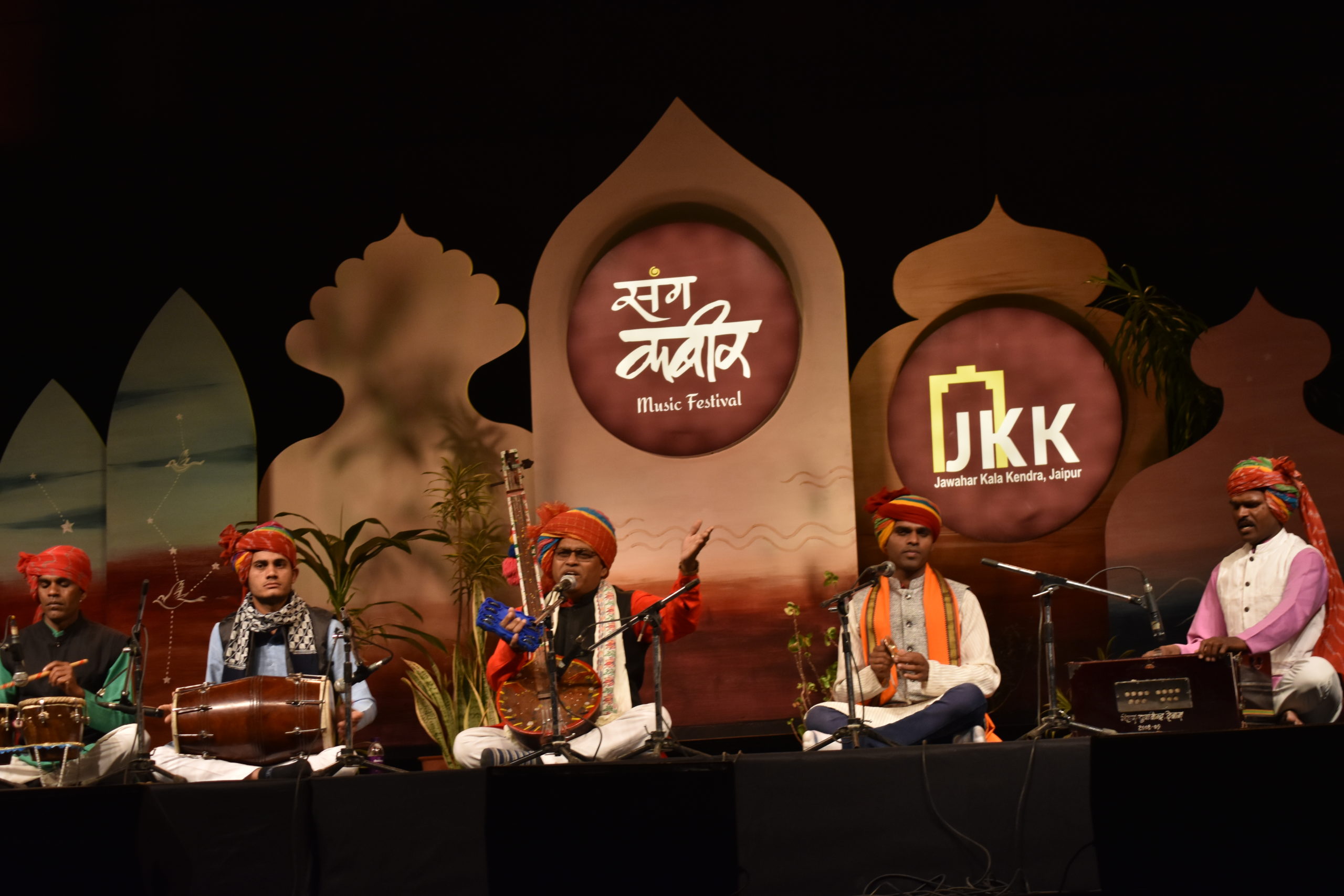 On the occasion, Dr B.D. Kalla applauded the Lokayan organisation for taking the Rajasthan Kabir Yatra through the length and breadth of the state and congratulated Jawahar Kala Kendra for their impeccable collaboration to host the two-day music festival. In an energetic and captivating address, Dr. Kalla said that Kabir is a poet of the people and all of Kabir’s creations make new revelations in each reading. He also encouraged the youth to develop interest and enthusiasm for music, literature and arts for a fulfilling life.

Kaluramji Bamaniya & Group from the Malwa region in Madhya Pradesh enthralled the audience during the ‘Kabir Bhajan’ performance with Bhakti Ras and Bhajans. They showcased the vibrant tradition of bhakti singing with the spirit of Kabir and Meera. His impish wit added colour to the simplicity and soulfulness of his songs. The audience could not resist grooving to the beats as he wove magic on the 5-stringed Tambura and Khadtaal. He was accompanied by his troupe on Dholak, Violin and Manjiras.

This was followed by ‘Sounds of the Sufis’ by Murshidabadi Project from Murshidabad in West Bengal. The evening turned magical with soulful Sufi music performances that explored and experimented with Sufi literature and Indian music. It was the perfect relief to shed away stress and worldly affairs for a while and drown in tranquillity. It featured Swetketu Banerjee on Sitar and Soumyadeep Murshidabadi on Vocals.

The evening concluded with ‘Melodies from the Thar’ by Mir Basu & Group from Pugal in Rajasthan. He presented the long lost melodies of Kabir that still thrive in the majestic desert. The group captivated the audience through their bold vocals and soul-stirring voices.

As a part of the Sang Kabir Art Circle, the workshop ‘Rangrez’ by artist, Amit Kalla was also organised. In this, people had a chance to discover a deep connection to a cultural expression of universal spirituality and a passionate sense of the humanity of Kabir.