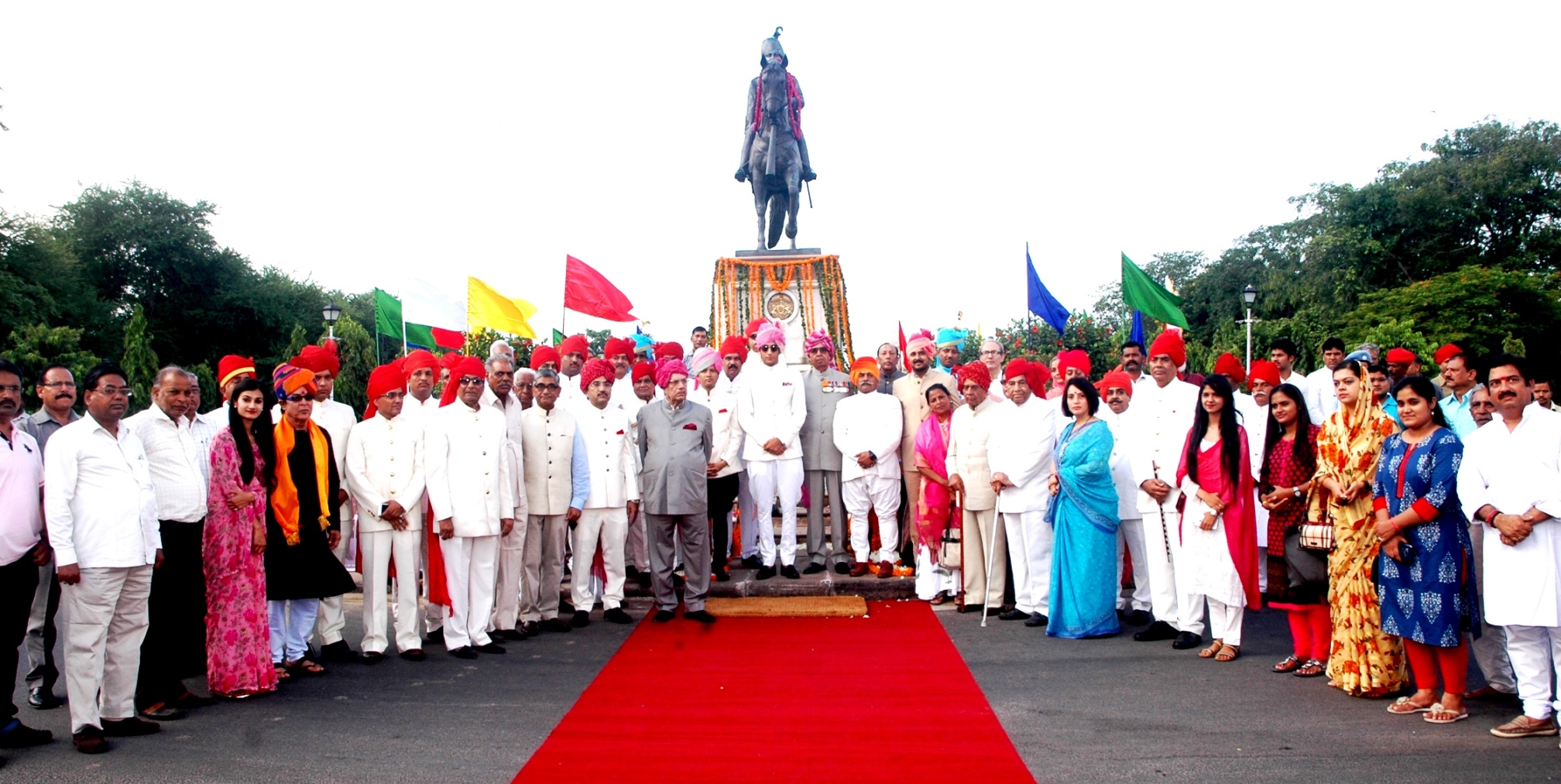 On the occasion of the 107th Birth Anniversary of the Maharaja Sawai Man Singh II, maker of modern Jaipur, a floral tribute was given today morning by Maharaja Sawai Padmanabh Singh at the statue at the Ram Niwas Bagh. A large number of eminent citizens of the city and former thakurs also paid their respect by way of floral tribute.

On the occasion the Maharaja Padmanabh said that late Maharaja Man Singh developed the city and constructed and setup important institutions like colleges, schools, hospitals, airport, among others. He said he was immensely proud of his contribution to the city as well as the game of polo.

The bands of MGD and Maharaja Sawai Man Singh Vidyalaya also performed on the occasion.