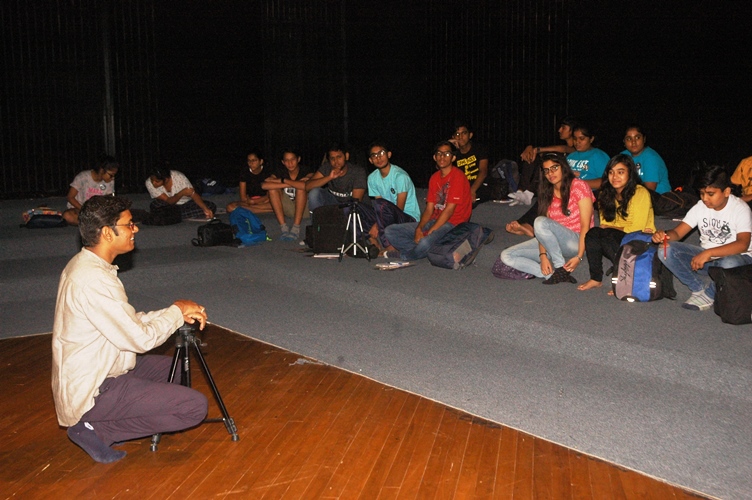 To introduce the skills and techniques of film making and developing a creative eye for storytelling amongst children, a 10 day film making workshop by the Film and Television Institute of India (FTII) has begun at Krishnayan at the Jawahar Kala Kendra. Part of the ongoing month long Junior Summer Programme, around 30 children from the age 11 to 16 years are participating in this workshop. The course introduces the fundamental technology, theory, history, techniques and applications of movie making and photography. The aim of the course is to encourage children towards the art of film making and equip them with an opportunity to look forward to a career in this field.

On day 1, the participants were given an introduction about basics of film making. They were also introduced to various genres of films, types of cameras, various platforms available for release of films other than theatre like Netflix, YouTube etc. The Course Director from FTII, Mr. Ritesh Taksande also shared his experience with the students and informed about the scope of film making in India and world and that how animation industry in India is yet unexplored and can be very well utilised with creativity.

He further informed that in the coming 10 days the participants will learn a well laid course which includes Script Development, Camera Operations, Language of Cinema, Lighting, VFX and Editing, Budgeting along with practicing assignments of making their own films and editing them. The workshop will conclude with a screening of these films and participants will also be awarded certificates.