“WE INTEND TAKING GITB TO THE LEVEL OF ITB AND WTM” – Additional Chief Secretary, Tourism, Government of Rajasthan 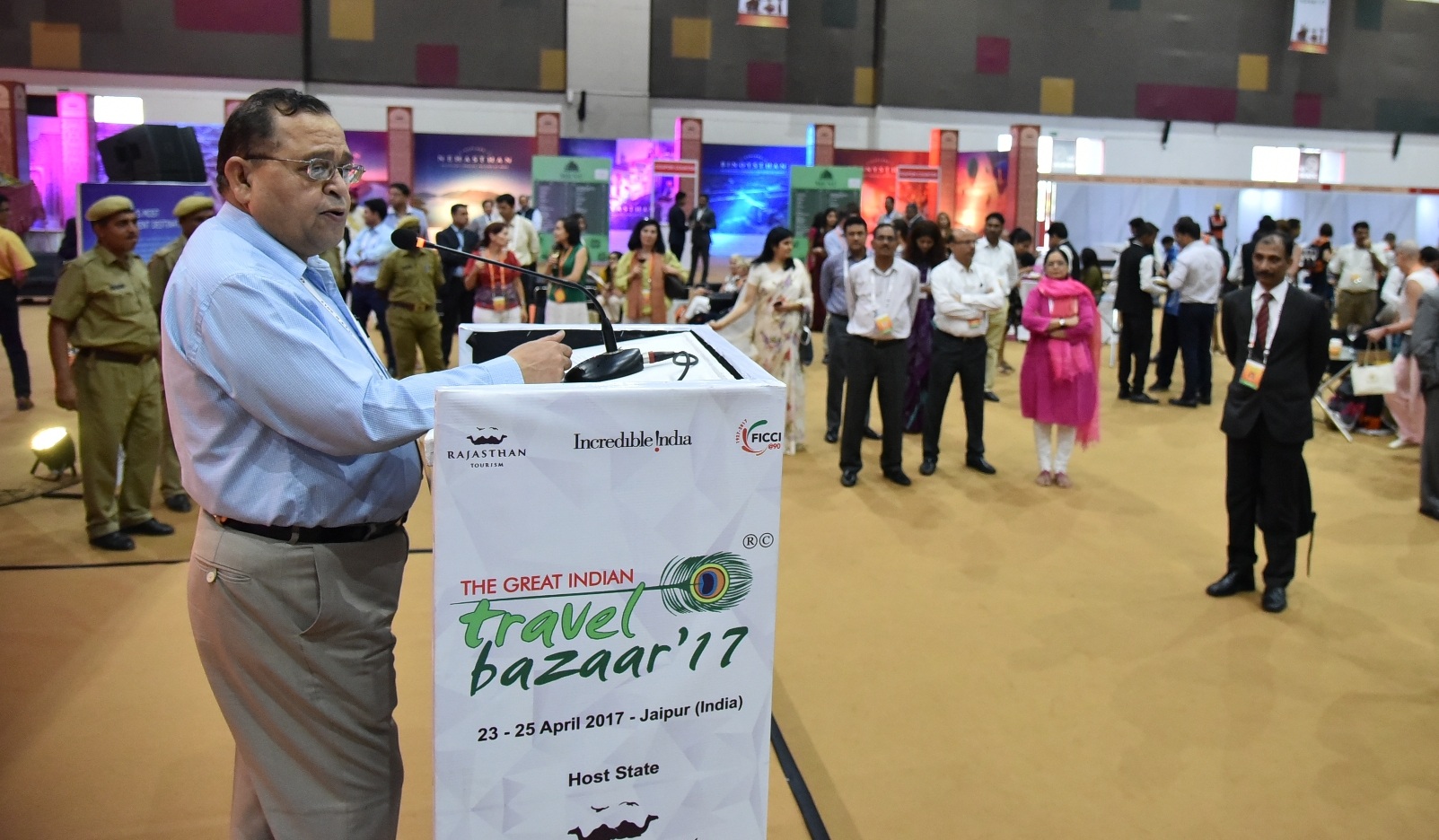 “WE INTEND TAKING GITB TO THE LEVEL OF ITB AND WTM” – Additional Chief Secretary, Tourism, Government of Rajasthan

Jaipur, 25 April: The Great Indian Travel Bazaar (GITB) is poised to go to the next level and could soon be as popular as the other international travel marts like the ITB in Berlin and WTM in London. This was stated by the Additional Chief Secretary, Tourism, Government of Rajasthan, Mr. NC Goel last evening in his exclusive interaction with the Foreign Tour Operators (FTOs).

While expressing his gratitude to the FTOs for participating in the fair, Mr. Goel urged them to join the Familiarization Tours in various parts of Rajasthan being organized by  Rajasthan Association of Tour Operators (RATO). Such tours, he said, will give a first hand experience to the tour operators of the exotic tourist destinations in the country like Jaipur, Jodhpur, Udaipur, Jaisalmer, Dholpur, Bundi, among others.

Mr. Goel categorically stated that next year being the 10th edition of GITB, it will be bigger and better and urged the FTOs to participate with enthusiasm again. The preparation for next year’s GITB will begin immediately after this event. The Department will work closely with the travel fraternity for the forthcoming GITB.

Later, Mr. Goel met the FTOs personally and interacted with them to get a first hand feedback about the GITB as well as their perceptions about Rajasthan.

It is to be recalled that as many as 275 foreign buyers from across 53 countries along with 288 Indian sellers are participating in the international tourism mart.

It is worth mentioning that Rajasthan Tourism was able to book its luxury trains for 5 departures worth business of Rs. 13 crores. Besides this multiple business leads have been generated by RTDC and DOT officials which will lead to more business in days to come.