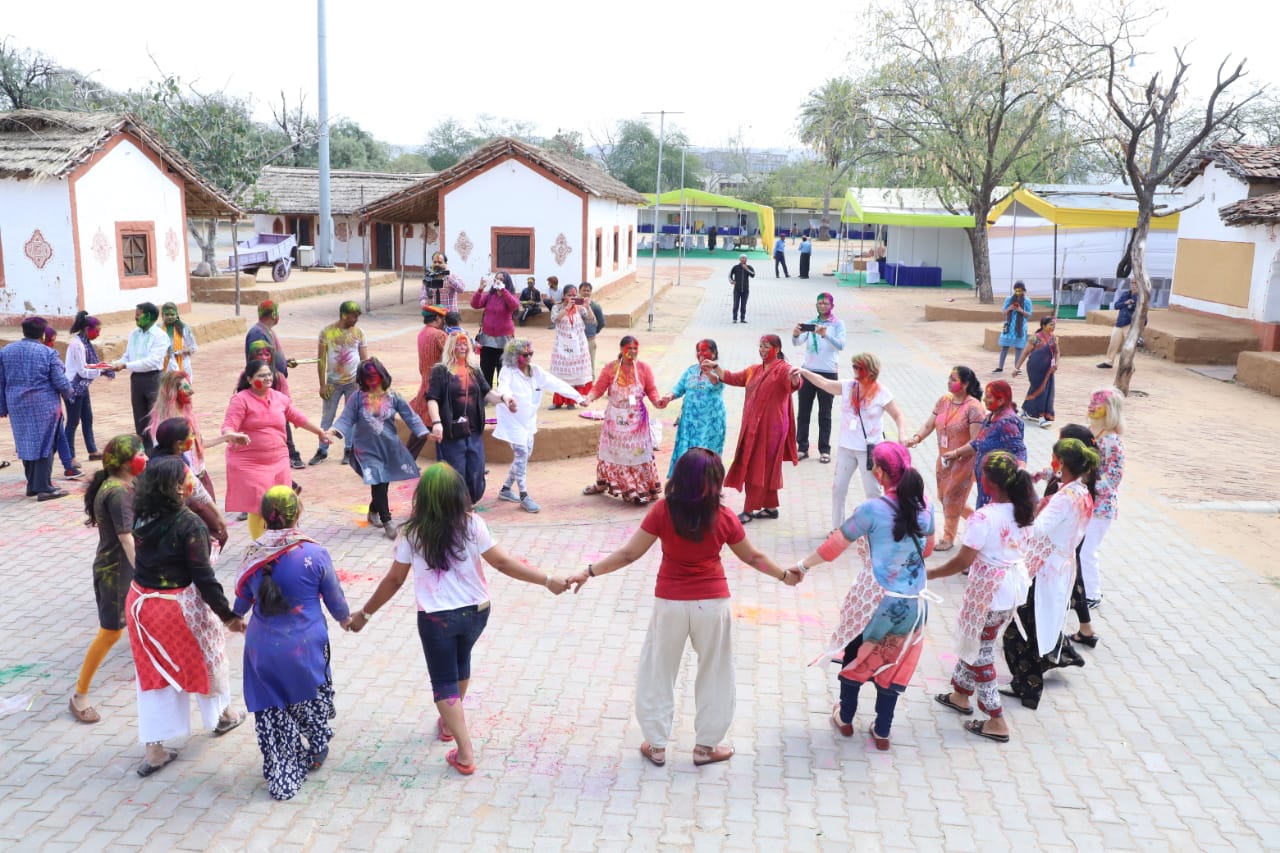 BothIndian and foreign visitors celebrated Holi at Jawahar Kala Kendra (JKK) with great verve and vigour. ‘Phoolon ki Holi’ by Bade Thakurji was organized on Monday evening at Madhyavarti in JKK. The program began with Hanuman Chalisa and Bhajan singing. On the occasion, the artistes portrayed various Leelas of Kanha which included ‘Makhan Chori’ and ‘Lathmar Holi’. During the performance the audience was delighted to receive the ‘makhan prasad’ by the performers.

Tilak Holi was played on Tuesday afternoon at Shilpgram at JKK. After which, the performers sang mellifluously to the tunes of Shekhawati Chang. Folk artistes as well as the participants of the International Women’s Art Camp danced gaily to the rhythm of Chang. They also enjoyed Gujiya and Dal Pakoras, the special delicacies of Holi festival. Director General, JKK, Ms. Kiran Soni Gupta and ADG (Technical), Mr. Furqan Khan were also present on the occasion.