VIEWERS LEARN ABOUT THE STRUCTURE OF A STORY, DIALOGUE AND SUBTEXT IN AN ONLINE SESSION BY JKK

HomePress ReleaseVIEWERS LEARN ABOUT THE STRUCTURE OF A STORY, DIALOGUE AND SUBTEXT IN AN ONLINE SESSION BY JKK 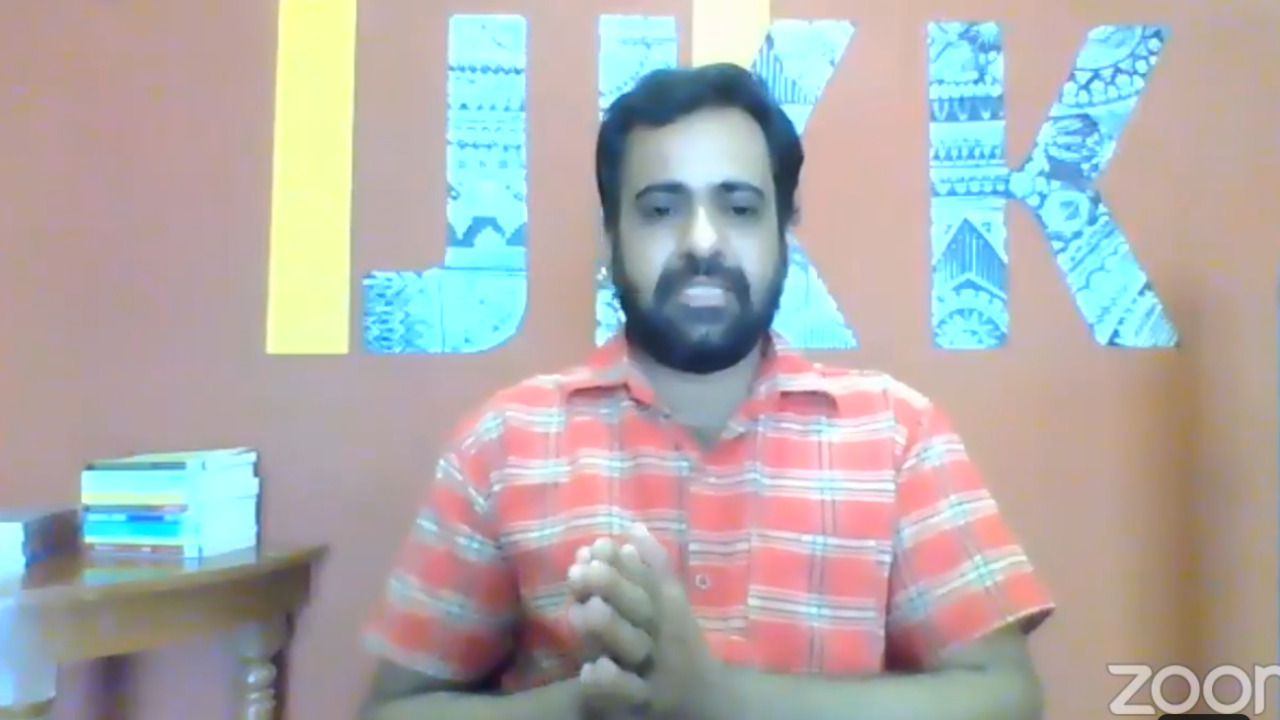 VIEWERS LEARN ABOUT THE STRUCTURE OF A STORY, DIALOGUE AND SUBTEXT IN AN ONLINE SESSION BY JKK

Participants further delved into the nuances of creative writing on the concluding day of the online session – ‘Creative Writing’ by Mr Sandeep Meel today. It was organised by Jawahar Kala Kendra (JKK) on Zoom and broadcasted live on their Facebook page. The session focused on the structure of a story, writing dialogues, subtext, and writing the climax. The session also featured a brief revision of the previous day’s lesson.

The artist said that the structure of a story has three parts – the beginning, the middle (climax) and a logical ending.  If the first line of a story is well-written it will hook the reader. But if it is written poorly it can cause the reader to lose their attention and find another story. The first sentence is the gateway to the story. A story can have several stories in it these are called ‘Katha’. Like ‘Mahabharat’ is a story that has many smaller stories within it. ‘Katha’ strengthens the main story and push it forward. ‘Kathas’ should never overpower the main story. It should only be included if it is needed, pushes the story forward, and is relevant. “Throughout the story, a relationship builds between the writer and the reader, that even when the writer does not write something the reader assumes it. This is known as subtext which is hidden and unsaid but it is implicit”, he said.

Tomorrow, 10 July, an online session — ‘Realistic Painting’ with artist, Mr Shuvanker Biswas will be held on Zoom and broadcasted live on JKK’s Facebook page at 3 pm. The session will explore the creative methods of vivid realistic painting.