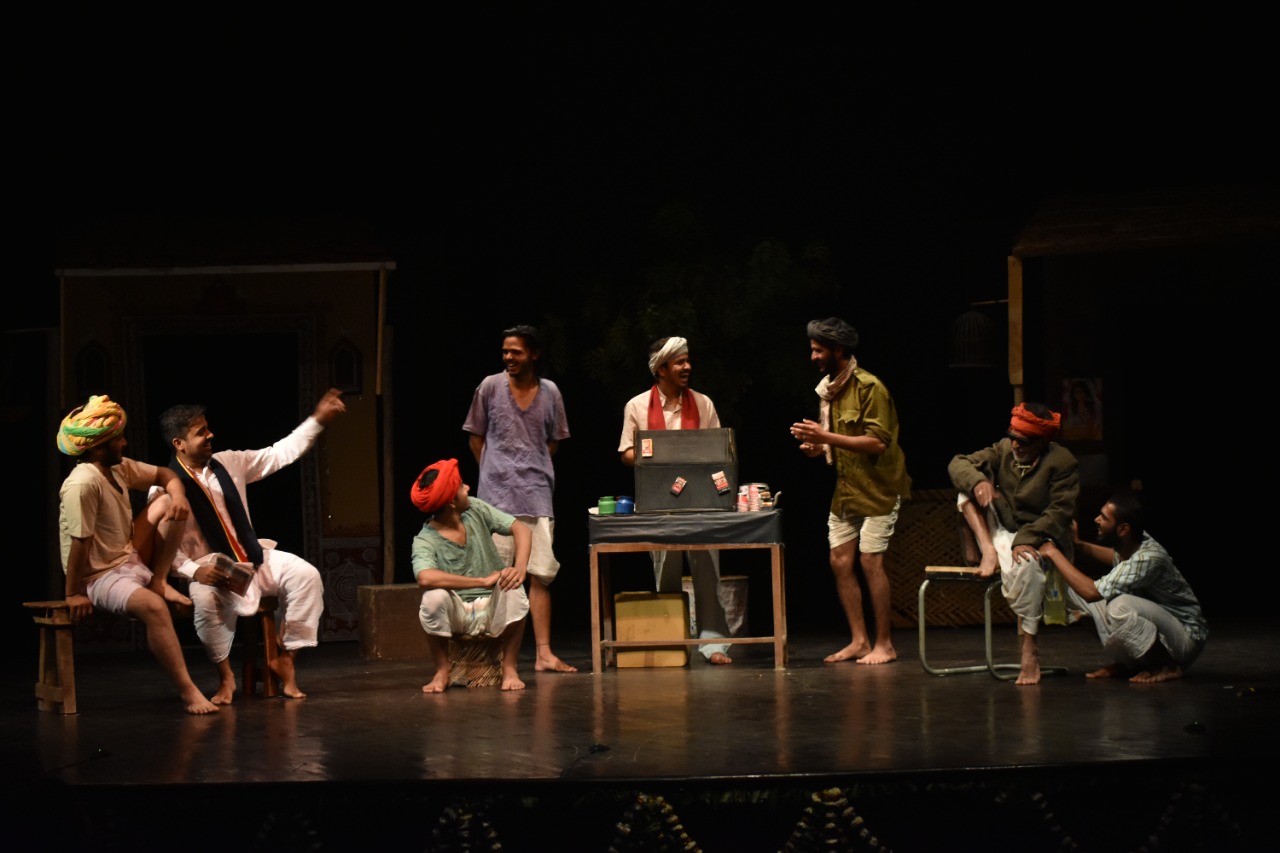 On the concluding day of the performing arts festival, ‘Rasrangam’ organized by Jawahar Kala Kendra (JKK), the audience enjoyed a Play ‘Bhopa Bherunath’ and ‘Hasya Kavi Sammelan’ at JKK. The 9-day festival concluded with great enthusiasm among the viewers.

The evening witnessed the Rajasthani and Hindi play, ‘Bhopa Bherunath’ by Gopal Acharya. IT was presented by Rasdhara Sanskruk Sansthan, Bhilwara. The play followed the story of Kanku, a simple and innocent married woman. Her husband Banshi and her mother-in-law are unhappy with her. When Banshi returns from the city and Kanku reaches her in-law’s house from her maternal home and she is neglected. Banshi’s attitude is not only abusive but he also bullies her to throw her out of the house. Banshi justified his characterlessness and tortured Kanku by accusing her of being infertile and a witch. Gradually, the mistreatment of her husband, home, family and society towards Kanku increased. Frustrated by unreasonable neglect, disdain and humiliation, Kanku fell into the darkness of psychological disturbance. The family and society considered her screams suffering to be a phantom obstruction or the witch effect. After the Panch’s decision, according to the prevailing folk belief, she was brought to the Devara, the folk deity Bhairau Nath.

Some of the cast and crew of the play included — Singdha Dutta, Rekha Jain, Laxmi, Pooja Chaudhrey, Abha Mahawar and Dipika Parashar.

Rasrangam also witnessed the festive season of Holi and to celebrate the festivity, a ‘Hasya Kavi Sammelan’ was organised in the breezy ambience of ‘Faag’. Poets of high repute recited their poems in Madhyavarti. The audience was enthralled and mesmerised by the ‘Faag-Rang’. The galaxy of the poets included – Sardar Manjeet Singh, Rasik Gupta, Vibhor Chaudhary, Ras Bihari Gaur, Kamal Manohar, Kishore Pareek, Pradeep Panwar, Kavi Deepak, Surat Ajnabi and P.K. Mast.