‘UNION POLO’  AND ‘SPOT ON POLO’ TEAMS WIN THEIR MATCHES 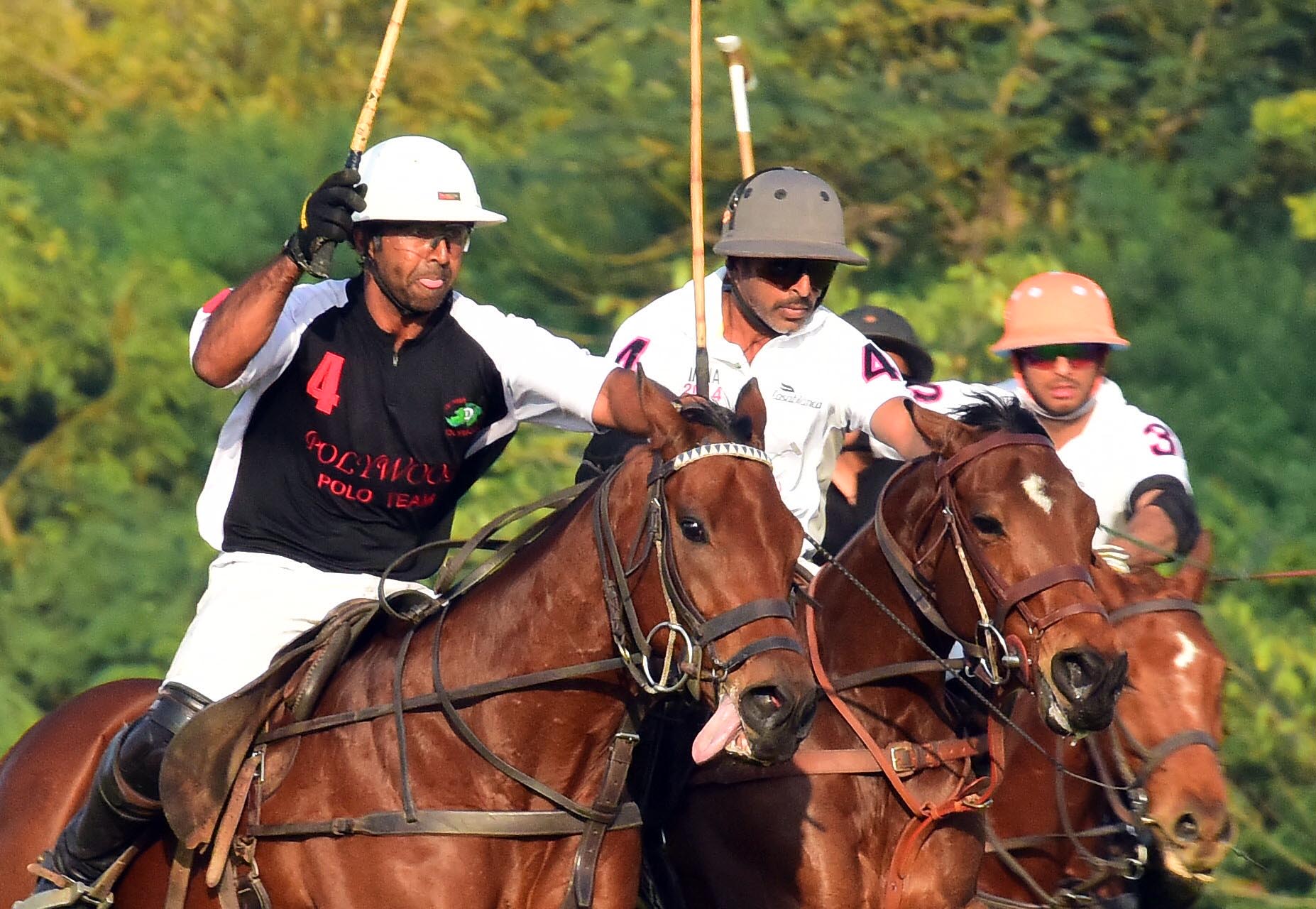 ‘UNION POLO’  AND ‘SPOT ON POLO’ TEAMS WIN THEIR MATCHES

During the first highly competitive game, Union Polo Team won by one goal in the final score of 5 – 4. The scorers for the winning team were Abhimanyu Pathak, who scored one goal each in the second and third chukkers whereas Pranav Kapur and Luke Norris scored one goal each in the third and fourth chukkers, respectively, to make it a tie with 4 goals. HH Maharaja Padmnabh Singh scored the winning goal in an extra chukker provided for a tie breaker. The Power Soft/ Polo Factory could manage only 4 goals with Vishal Singh scoring all 4 goals, two-two goals in second and fourth chukkers, respectively. The other members of the team were Ranshay Purohit, Pratap Kanota and Tarun Bilwal.

In the exciting second game between Spot On Polo Team and Polywood  — Spot On Polo Team won the match by one goal in the final score of 8 – 7. The main scorer for the winning team were Vishvendra Rajawat, who scored 5 goals with two each in third and fourth chukkers and one in second chukker. Dhananjay Singh scored one in first chukker. The other team members were Lokendra Singh, and Vicky Nihalani. Spot On Polo Team got an advantage of a two goals owing to less handicap players vis-à-vis  the Polywood team where they could manage 7 goals with Bhawani Kalvi scoring 4 goals, two in fourth chukker with one each in second and third chukker. Sidhant Sharma scored one goal each in second and third chukker and the other goal was scored by Bhanwar Janmajai Singh in first chukker. The fourth member of the team was Digvijay Singh Dhabariya.