“THERE IS A NEED FOR CHANGE IN MINDSET TOWARDS THE TREATMENT OF GIRL CHILD” – Miss India World 2019, Suman Rao

HomePress Release“THERE IS A NEED FOR CHANGE IN MINDSET TOWARDS THE TREATMENT OF GIRL CHILD” – Miss India World 2019, Suman Rao 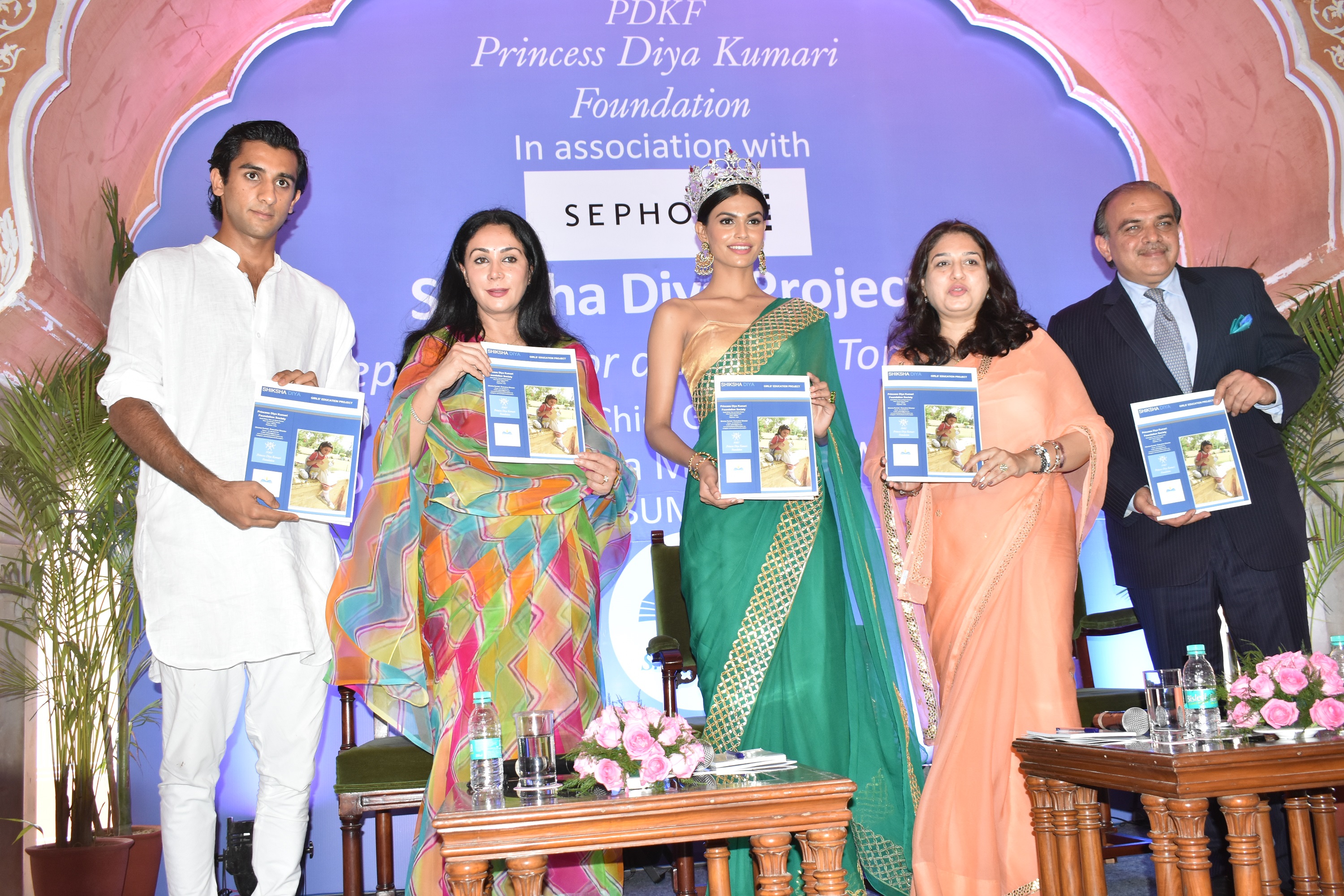 “THERE IS A NEED FOR CHANGE IN MINDSET TOWARDS THE TREATMENT OF GIRL CHILD” – Miss India World 2019, Suman Rao

To eradicate discrimination between a girl and a boy child, it is imperative to first change the mindset and mentality of the people. Change begins from one’s home and family and then spreads to the society. This was stated by fbb Colors Femina Miss India World 2019, Ms. Suman Rao. She was the Chief Guest on the occasion of the launch of the ‘Shiksha Diya Project’ by the Princess Diya Kumari Foundation (PDKF) at City Palace. Rajsamand MP and President of PDKF, Princess Diya Kumari and HH Maharaja Sawai Padmanabh Singh were also present on the occasion. The event was sponsored by Sephora.

Ms. Rao further said that women might have the chance of a healthier and happier life, should be reason enough for promoting girls’ education. However, there are also important benefits for society as a whole. An educated woman has the skills, information and self-confidence that she needs to be a better parent, worker and citizen.

Talking about the key objectives of the ‘Shiksha Diya Project’, Princess Diya Kumari said that the Project will empower the girl child by providing them with tuition classes, computer education, parent counselling, awareness campaigns, scholarships as well as material support. Not only this, the Project will also conduct campaigns in schools to enhance girls’ knowledge on health, sanitation and menstrual hygiene by way of sanitary pad distribution and health check-ups.

She further said that the Government now supports schooling to a large extent for the girl child. However, there is a need to focus on high education and skill development.

Executive Director PDKF, Ms. Shivina Kumari said that with Rajasthan being among the States with the lowest Female Literacy Rate in India at 52.12%, ‘Shiksha Diya’ will go a long way in creating sustainable livelihoods for women in the State. Not only this, Rajasthan also has the third-highest maternal mortality rate which stands at 199 deaths per 100,000 live births and a sex ratio of 973 girls per 1000 boys. This Project will result in educated women, who can make informed decisions that enhance their quality of life.

The Chief Executive Officer of Sephora India, Mr. Vivek Bali said that Sephora has partnered with Shiksha Diya in line with its brand ethos of creating confident and empowered women. As a part of this program, the women will receive support, mentorship and training in grooming, hygiene and make up artistry from Sephora. We see an opportunity to inspire skill-building to grow their confidence and inner beauty. Sephora in India remains deeply focused in building the future of the girl child.

The vote of thanks was extended by HH Maharaja Sawai Padmanabh Singh.