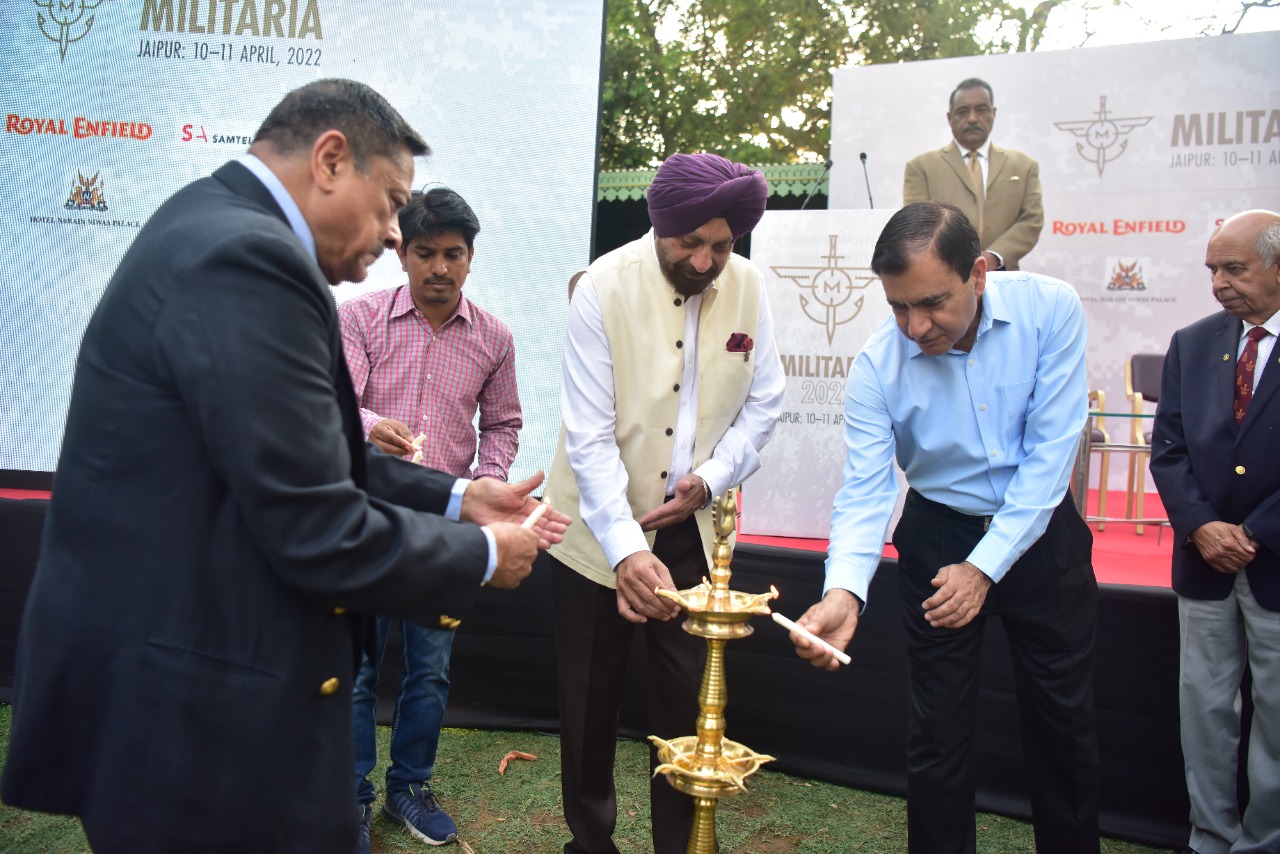 The takeover of Dhaka in the 1971 Indo-Pak conflict was not planned. This was stated by the former Naval Chief, Admiral Madhvendra Singh, on the second day of the Militaria 2022 being held at Hotel Narain Niwas in Jaipur. He was delivering the keynote address on the occasion.
Admiral Singh said that the conflict did not end with any major losses or gains in land in the Western sector, but it was a remarkable victory in the Eastern sector in Bangladesh. The reasons for victory were the total air superiority and crucial intelligence gathering by Mukti Vahini as well as the coordination between the three wings of the armed forces: the Army, Navy and Air Force. He said the victory in the Eastern sector become a spectacular success owing to the takeover of Dhaka by the Indian forces.
The Admiral also said that the decision to cross river Meghna and head for Dhaka to take over the capital was a decision of the 4-Corp Commander, Lt. General Sagat Singh. However, he has not received his due recognition and honour for this splendid victory though he has been recognized by the Bangladesh government.
Earlier Admiral Singh said that the Navy did a commendable job during the 1971 war. The bombing of Karachi by the naval ships was a laudable action. Since, Pakistan air force could not strike during the night, the naval operation took place at midnight. In the Eastern sector as well, the Indian Navy played an important role by bombing Chittagong and Khulna in Bangladesh. Not to forget the destruction of the Pakistani submarine, Ghazi. However, the loss of INS Khukri was a setback to the Indian Navy.
Admiral Singh said that the four crucial steps for the success of any operation are – foresight or intelligence gathering, planning, execution and finally feedback. According to him, the intelligence gathering by the Indian forces during the 1971 conflict was an impeccable feat. There are many lessons to be learned even in victory and we continue to learn new aspects of the 1971 victory.
Mr. Maroof Raza, founder of Militaria, said that they are elated to bring a second edition of Militaria back to the city. The kind of response they are receiving are inspiring and in times to come there could be a full fledged Military Literature Festival in Jaipur. The next edition will be in February 2023.Session: Generals on Technology
The speakers for the session ‘Generals on Technology’ were Lt. General Rajeev Sabherwal, Former Signal Officer in Chief and Lt. General PJS Pannu, Former Deputy Chief, IDS. Lt. General Rajeev Sabherwal threw light on the different types of warfare such as – Platform Centric Warfare, Network Centric Warfare, Information Centric Warfare and Knowledge Centric Warfare. He said that in the times to come warfare will be fought in all domains simultaneously and concurrently at all levels.
Lt. General PJS Pannu spoke about the Role of Niche and Disruptive Technologies in India’s Deterrence and War Fighting Capabilities. He said that there are three Ts that dictate strategy – Trade, Territory and Technology. Giving the example of the ongoing Russia-Ukraine conflict, he said that information warfare has now taken the lead.