The stage is all set to commence “Rang Rajasthan”, a theatre festival.

HomePress ReleaseThe stage is all set to commence “Rang Rajasthan”, a theatre festival. 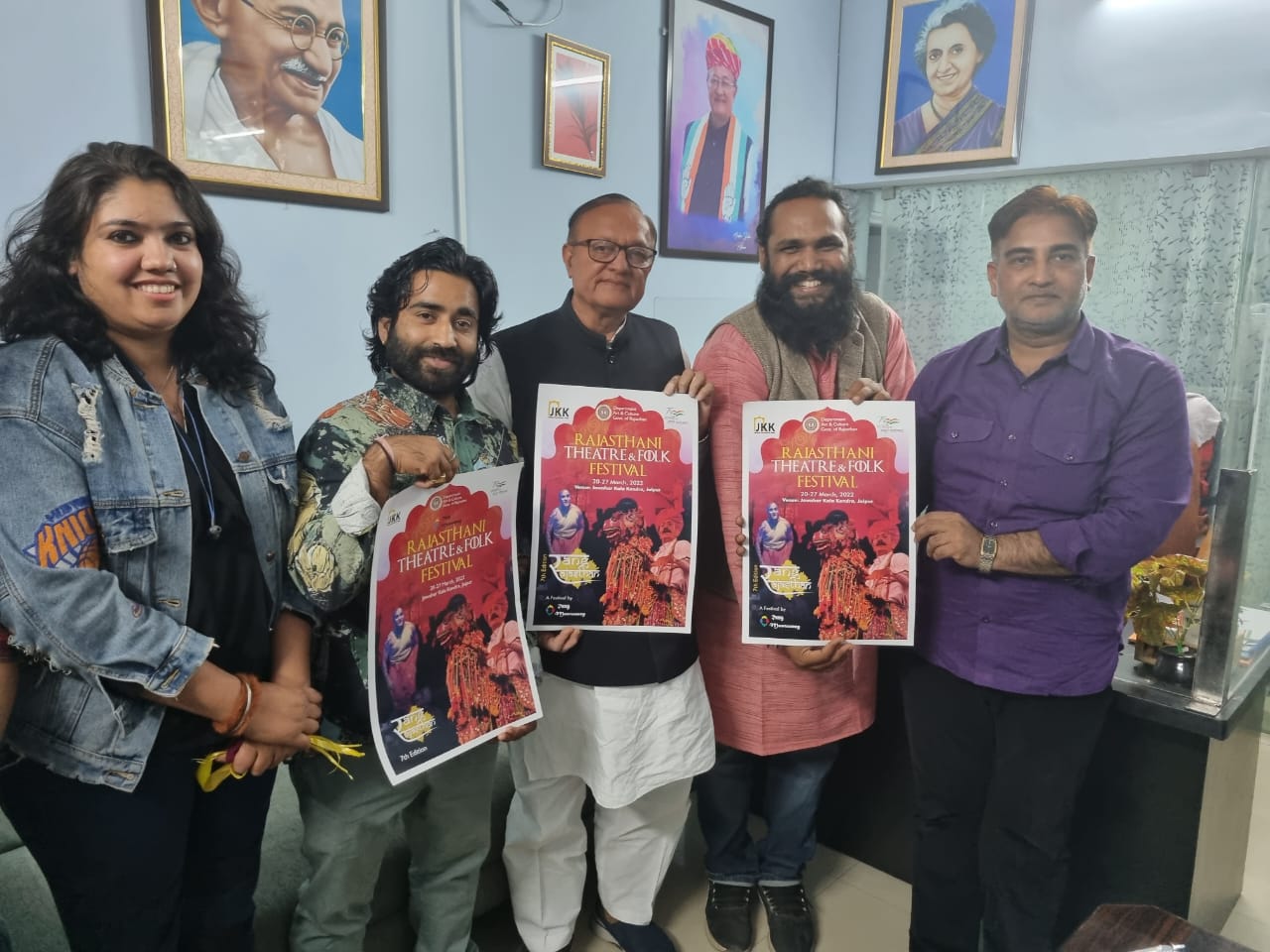 The stage is all set to commence “Rang Rajasthan”, a theatre festival.

Inauguration by Dr. B. D. Kalla, Minister of Arts and Culture Department, Rajasthan and opening night performance by Raagdhaani Band and recognition of Mr. Sawai Bhatt.

The eight-day ‘Rang-Rajasthan’ theatre festival by Rang-Mastaaney Sanstha in collaboration with the Department of Art, Culture and Archeology and Jawahar Kala Kendra (JKK), will be inaugurated on 20th March, by the Minister of Art and Culture, Rajasthan at Jawahar Kala Kendra. During the festival, more than 15 brilliant plays will be staged along with folk-art performances.

The opening ceremony of Rang Rajasthan will happen in the evening at 6:30 pm at Jawahar Kala Kendra.  Rajasthan’s Education and Art & Culture minister, Dr. B. D. Kalla will be inaugurating the theatre festival, Rang Rajasthan in Madhyavarti. There will be an opening musical performance by Raagdhaani band followed by honoring of Indian Idol fame singer Swai Bhatt with Rang Rajasthan award for his contribution towards bringing Rajasthan’s Art and Culture on a bigger platform.

During the eight-day theatre festival, there will be a musical performance by Piyush Mishra’s and his band Ballimaran on the evening of 24th March at 7:30 pm. There will be more than 15 plays and 7 folk art performances along with  various dialogues, talk show and storytelling sessions.

Rang Rajasthan Festival will be hosting artists from Mumbai, Jabalpur, Manipur, Bhopal, Delhi, Kota, Jodhpur, Udaipur, Bikaner, who will be staging their plays and arts.
During this festival, more than 300 artists from across the country and people associated with different arts will come to Jaipur , to connect with the audience.  For the first time, drama, acting, direction, theatre management, folk-drama, folk arts, heritage-culture, music, food and related sessions and workshops will be organised together under one roof for the youth working in these fields. This would be a great opportunity for them to learn and connect with the art. The dialogues with theatre stalwarts will also be organised along with some beautiful storytelling sessions.  Through this festival, many talented artists will get a chance to perform after the difficult times of Corona. This festival can also prove to be important for young theatre artists and audience where they will get a chance to be acquainted with different styles of theatrical-art-culture.

Theatre plays from across the country will be staged on the platform of Rang Rajasthan in coming eight days. Plays including Meera by Sahil Ahuja, Andha Yug by Joy Maisnam, Maharathi by Abhishek Mudgal, Banswada Company by Niresh kumar, and many more will be staged during the Rang Rajasthan festival.