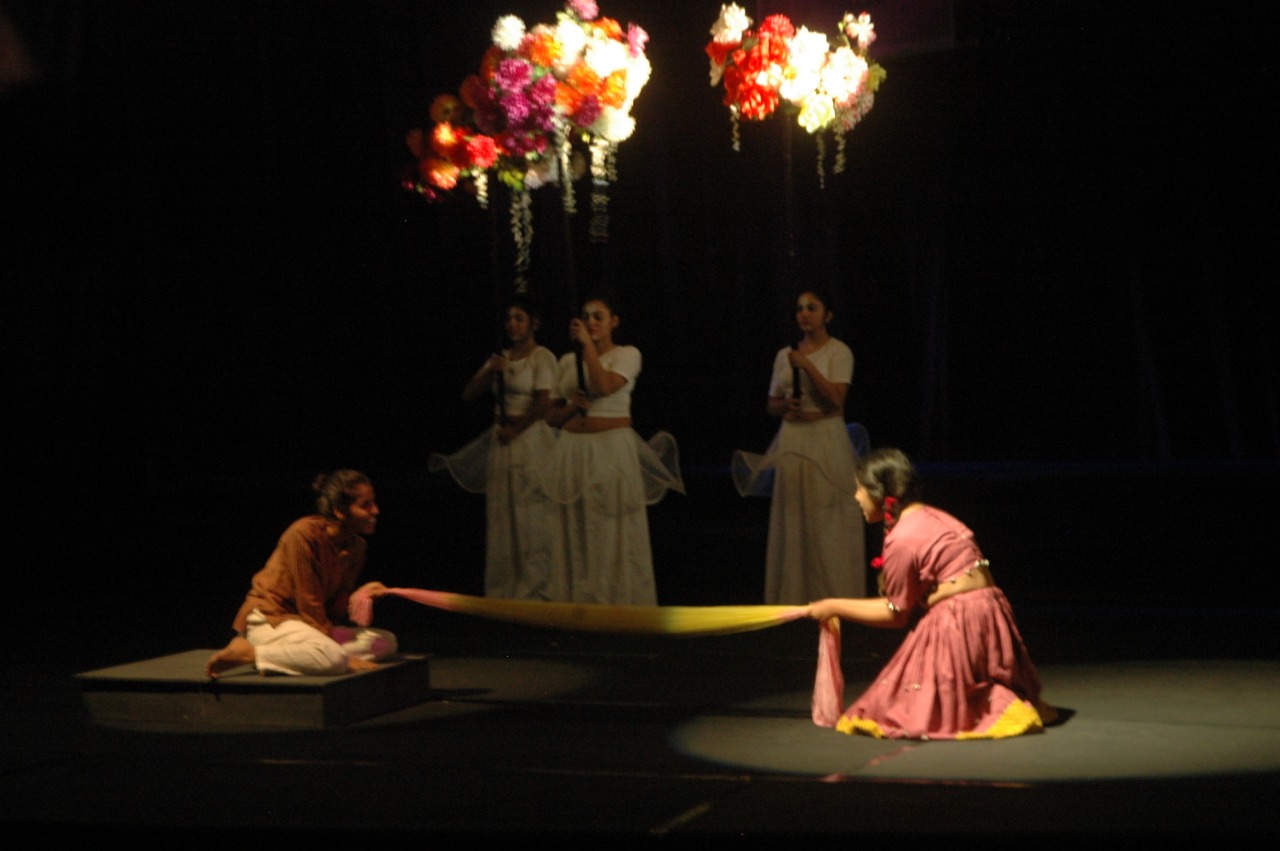 Set in the early 20th century of rural Bengal, ‘Dakghar’ tells the story of a lonely orphan boy, Amal. He lives with his aunt and uncle and has been sick for a long time. His doctor feels that the only way to cure him is to keep him confined indoors. Amal begins to interact with people passing outside his window. He does not think of his own suffering and greets everyone who passes by his house from the local curd seller to the town watchman and the flower girl, Shudha who brings him flowers every day.

Amal becomes elated at the news of a post office coming up in his neighbourhood. The young boy desires the King to write a letter to him. When the village headman learns of Amal’s desire he decides to make a fool out of Amal by showing him a fake letter from the King’s own physician. This letter states that the King will come at midnight to meet Amal. But by the time the King actually comes, Amal falls asleep forever. The play ended with the death of Amal and Shudha arriving with the flowers for him telling the Royal Physician to let Amal know that she has brought him flowers like any other day.