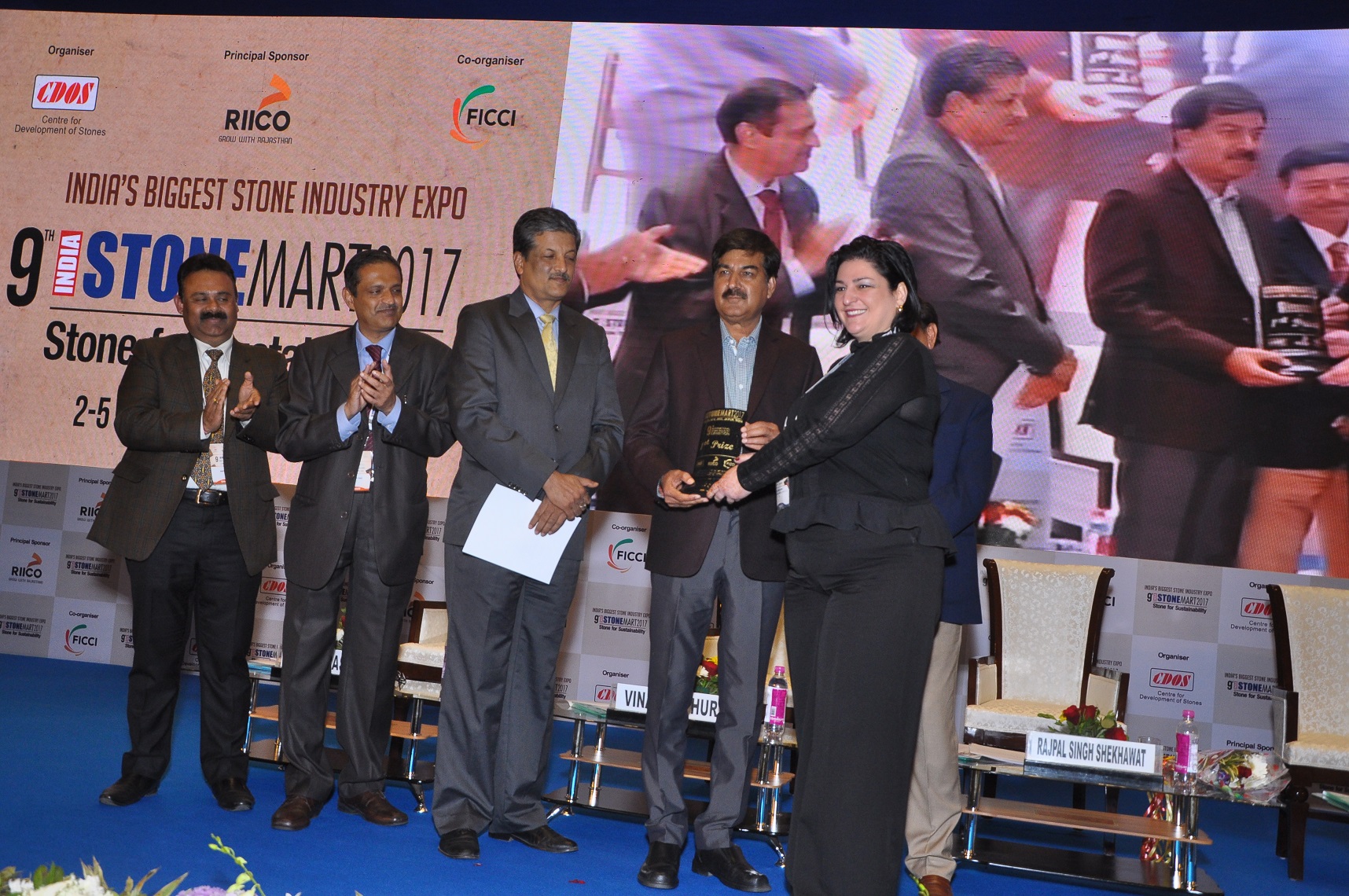 Jaipur, 05 February: The stone sector will play a significant role in the changing dimensions of urban development, said the Rajasthan Industries Minister, Mr. Rajpal Singh Shekhawat today at the valedictory session of ‘India Stone Mart 2017’ at the JECC in Jaipur.

The event had been organised by Centre for Development of Stones (CDOS) with Federation of Indian Chambers of Commerce and Industry (FICCI) as co-organiser and is supported by the Government of Rajasthan and other reputed institutions. Rajasthan State Industrial Development & Investment Corporation Ltd. (RIICO) is the Principal Sponsor of the event.

The Minister further said that the stone sector has a huge potential for growth given the fact that the urban development was witness to fast changing dimensions. In this context, he said, there is going to be development of smart cities, digital cities and green cities. One often hears of greenfield development these days, he said.

He expressed the hope that the large number of architects present for the Jaipur Architecture Festival during the Stone Mart must have thrown light on the different aspects of stones and how best they can be used for rapid urban development. He expressed satisfaction that as many as 32,000 visitors came for the Stone Mart of which 18,000 were related to the trade and stone industry. He said in this time of competitiveness, India Stone Mart must not only maintain its no. 1 position in the country but should be even bigger and better in 2019, when it will celebrate the landmark 10th edition.

On the occasion, the Additional Chief Secretary, Industries and Chairman RIICO, Mr. Umesh Kumar said that the next edition of the India Stone Mart should aim for the next level in terms of generating business and sector related networking. He said that the feedback should be obtained from the exhibitors, foreign buyers and participants on the thematic focus for the next edition of the Stone Mart.

Based on the feedback he had obtained, the Vice Chairman, CDOS, Mr. Ashok Dhoot said that the foreign buyers, foreign and Indian exhibitors, participants had all expressed euphoria at the tremendous success of the Stone Mart. He emphasised upon the fact that participation in an exhibition might not lead to immediate sale but will get to benefit the exhibitors in the long term.

Dy. Secretary General, FICCI, Mr. Vinay Mathur said that FICCI has been associated with the Government of Rajasthan since 2005 and they had  been working hand in hand in many sectors whether it be stones, industry, agriculture, tourism,  etc. He looked forward to more participation with the Government in its forthcoming initiatives.

Also present on the occasion was: CEO of CDOS, Mr. Mukul Rastogi.

The Minister also give away as many as 35 best display awards in different categories like Display of stones and stone Products; Display of Stone art product, display of machinery, tool and consumable, among others.   The list is given below:

Display of machinery,tools and consumables:

Display of machinery, tools and consumables: