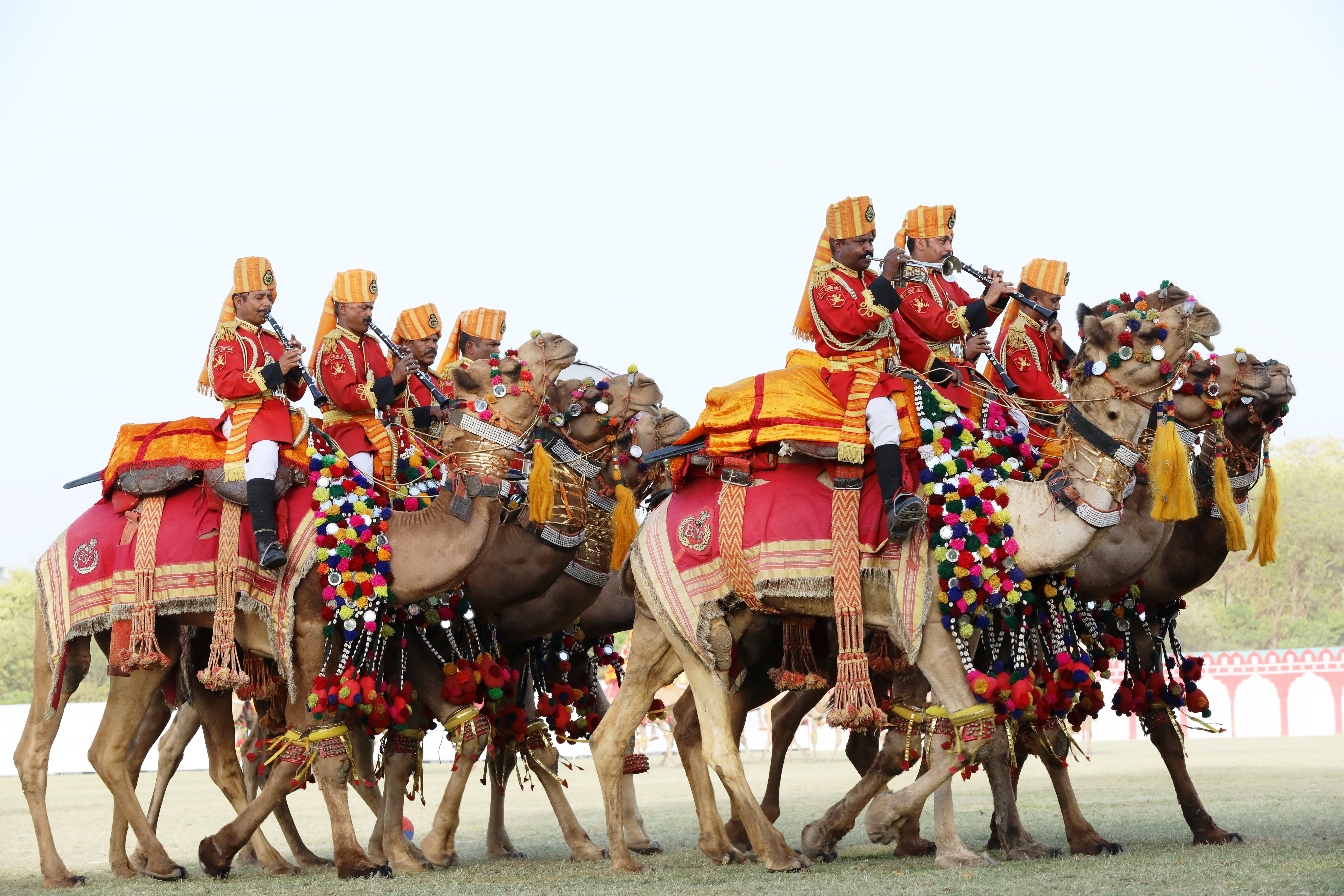 The programme presented a Horse show, Dog show and Legium PT. The BSF participated in a Camel Tattoo show and showcased remarkable man-animal coordination. This was followed by a Camel Musical Show and Musical Riding on camels. The event concluded with Acrobatic Activity on running camels. This extraordinary performance displayed bravery and courage of the men as well as the animals.

The second day of Jaipur Kathak Samaroh saw the mesmerizing performance by Pt. Rajendra Gangani and Gitanjali Lal. On the occasion Madhurashtakam, Surdas Ki Holi, Shiva Shakti, Albela and Andaz were performed by the artistes.