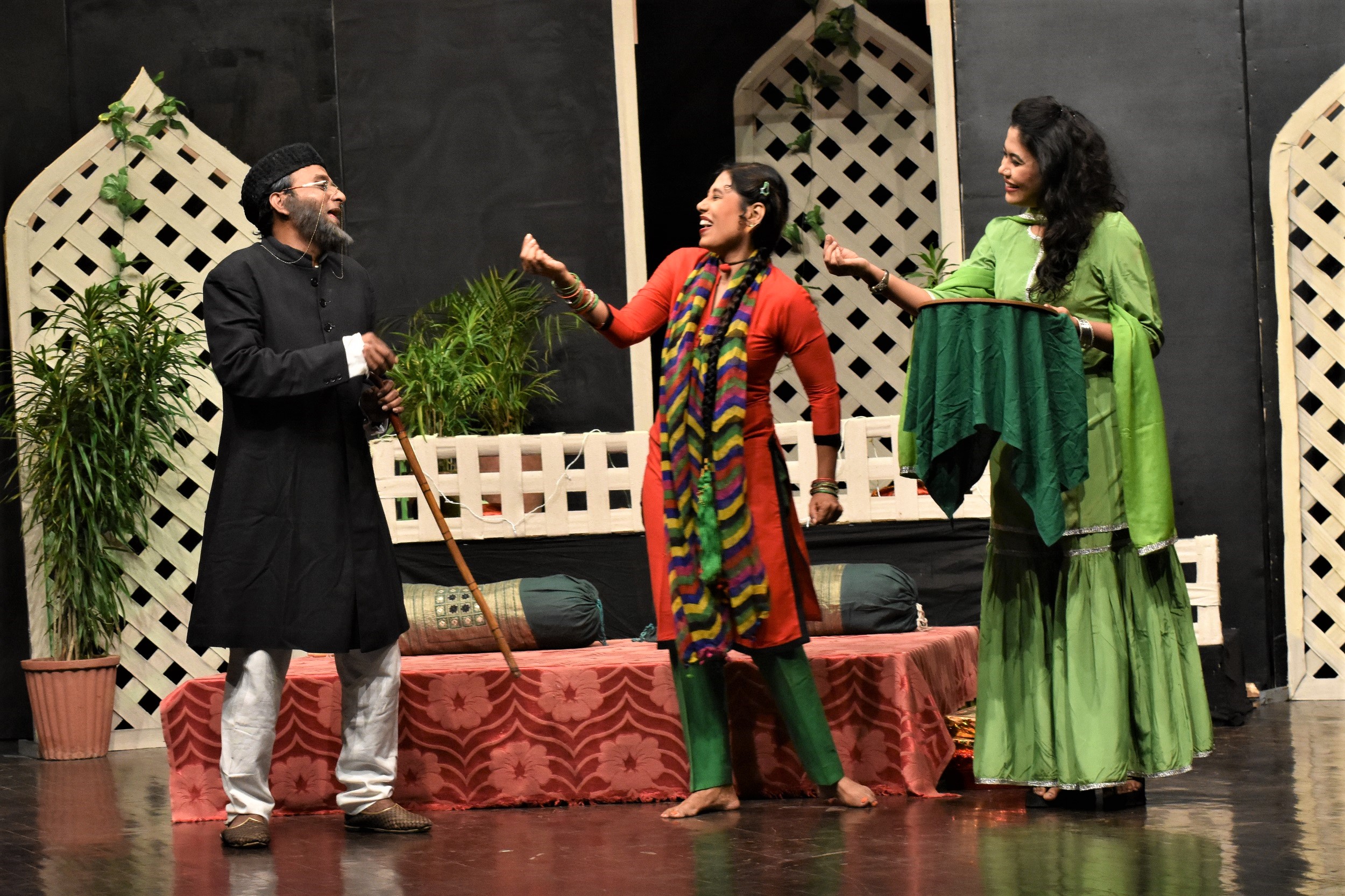 Under the fortnightly theatre scheme of Jawahar Kala Kendra (JKK), the romantic comedy play ‘Beewion Ka Madarsaa’ was staged at Rangayan. The play was directed by Atul Mathur of the Ank Natya Sansthan. It was based on the play ‘School for Wives’ by the famous 14th century French playwright Molière. It was translated into Urdu by Balraj Pandit and Surekha Sikri. The duration of this Hindi language drama was 2 hours and 10 minutes.

The play revolved around Hanif Mohammed who does not marry because he believed that all women are dishonest and betray their husbands. Meanwhile, on meeting the 6-year-old, beautiful and innocent Husnaara, he gets the idea to train her as a bride according to his choice. Husnaara is placed under house arrest since childhood and is given education as per Hanif Mohammad’s instruction. As time passes, Husnaara turns seventeen. Hanif’s two servants, Kammo and Sultan Ali stay with Husnaara to keep an eye on her. Despite their watch, Husnaara falls in love with a man named Gulfam. The efforts to keep Husnaara and Gulfam apart from each other and the struggle to win Husnaara in this comedy play was enjoyed by the audience.