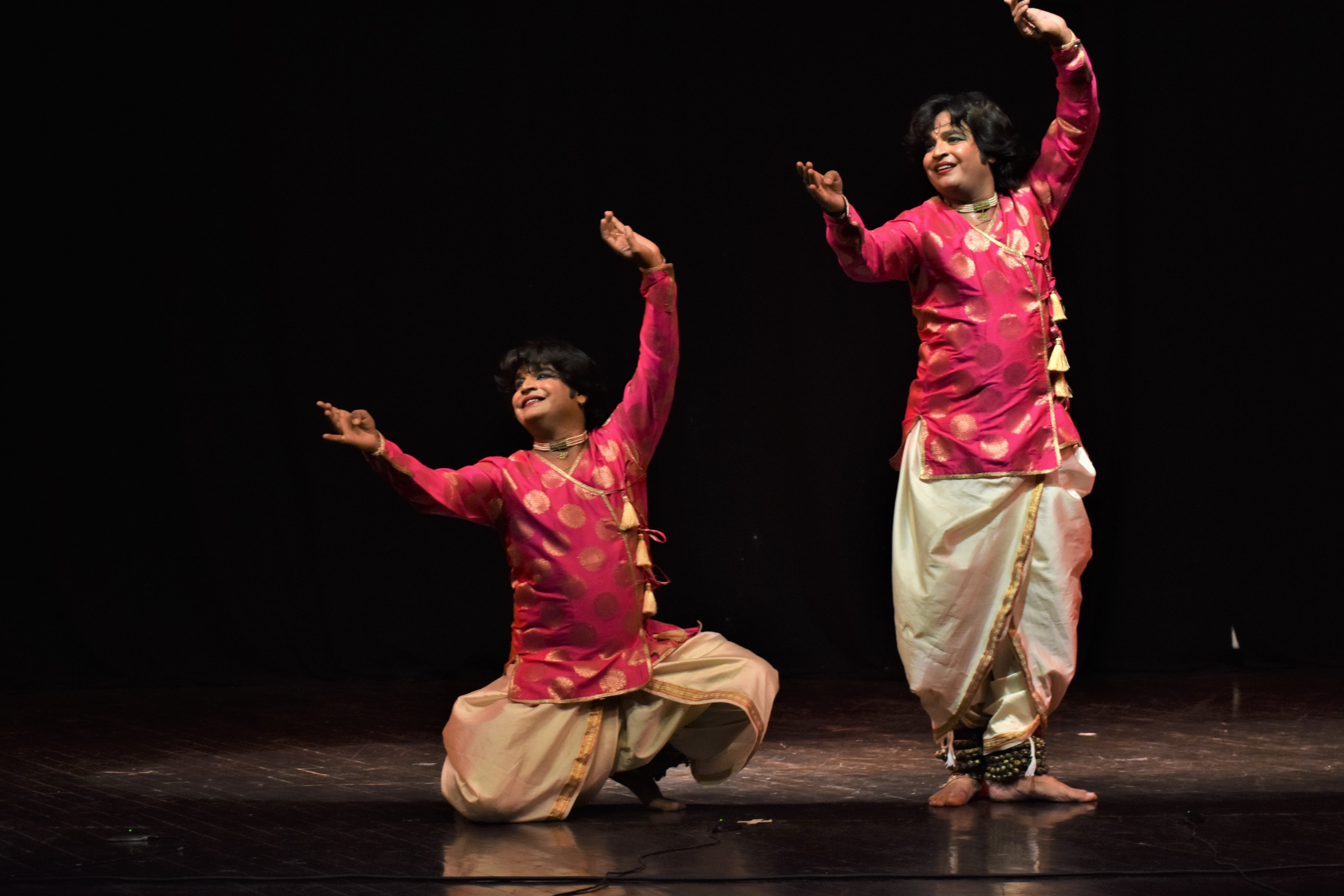 On the third day of the 5 day Kathak dance festival ‘Nrityam’ at Jawahar Kala Kendra (JKK), a scintillating performance of the Banaras Kathak Gharana was shown. The performances directed by Pandit Saurav Mishra and Pandit Gaurav Mishra spellbound the audience at JKK. The Additional Director General of JKK, Mr. Furqan Khan was also present on the occasion.

The programme began with a creation of Adi Shankaracharya, ‘Shri Krishnaashtakam’. This was followed by the presentation of a mesmerizing performance by Saurav and Gaurav  on a ‘Bandish’ in ‘Taal Roopak’ and ‘Raag Aheer Bhairav’. The programme concluded with Shiv Tandav and Anand Tandav.

Apart from Saurav and Gaurav Mishra, the other dance artistes included Saumya Gupta, Madhumita Singh, Shreyasi Munshi and Aditi Basak.  They were accompanied by Raghuvendra on vocals, Pt. Preetam Mishra on Tabla and Harisharan Bhatt on Sitar. The lighting was managed by Dinesh Pradhan.