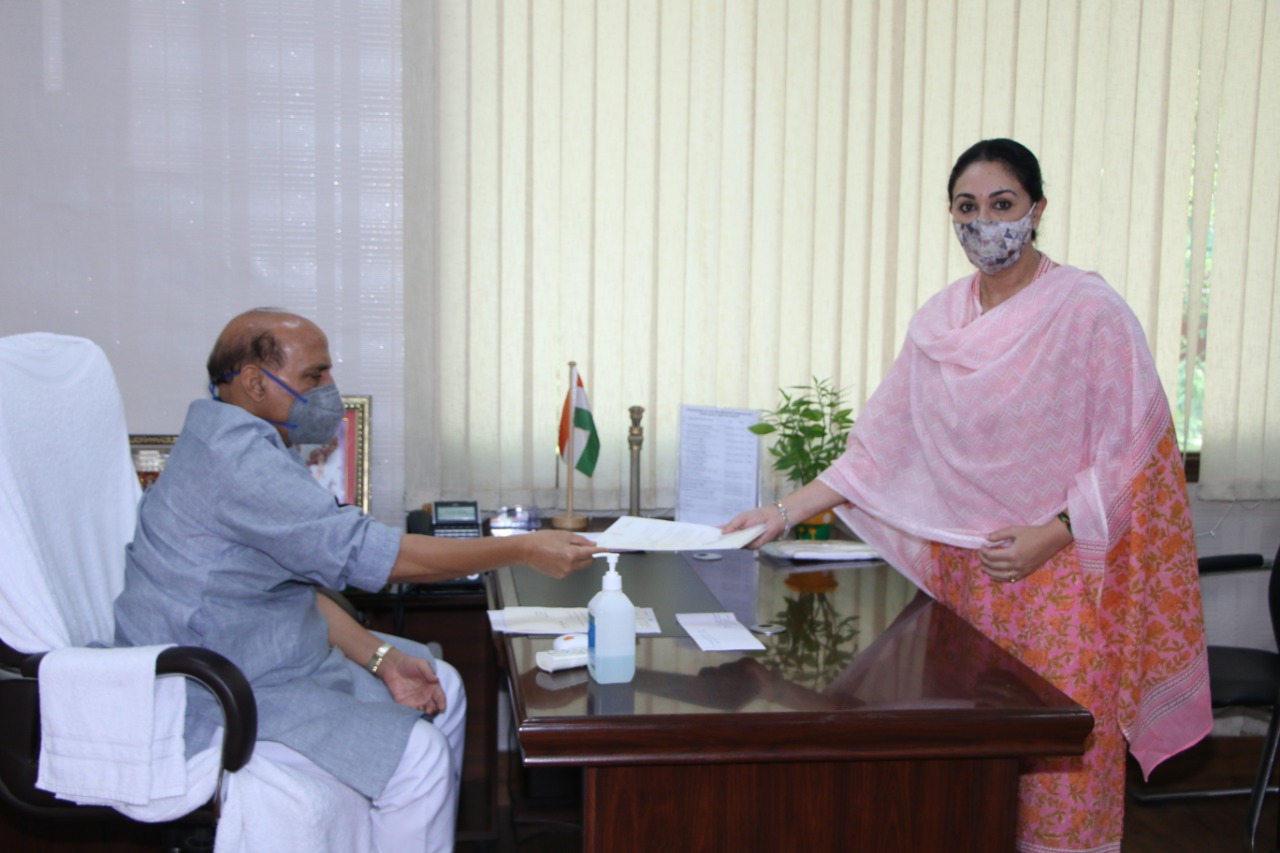 Member of Parliament, Diya Kumari, met the Union Defence Minister, Shri Rajnath Singh during the monsoon session of Parliament to appeal for medical facility under the Ex-Servicemen Contributory Health Scheme (ECHS) as well as Army Recruiting Office in Bhim or Beawar.

The MP urged the Union Defence Minister, Shri Rajnath Singh to provide facilities to the soldiers and their families. Diya Kumari said that thousands of soldiers are recruited from Bhim and Beawar assembly constituencies of Rajsamand parliamentary constituency; the number of ex-servicemen is also high. However, the facilities available to military families serving the country for years are negligible