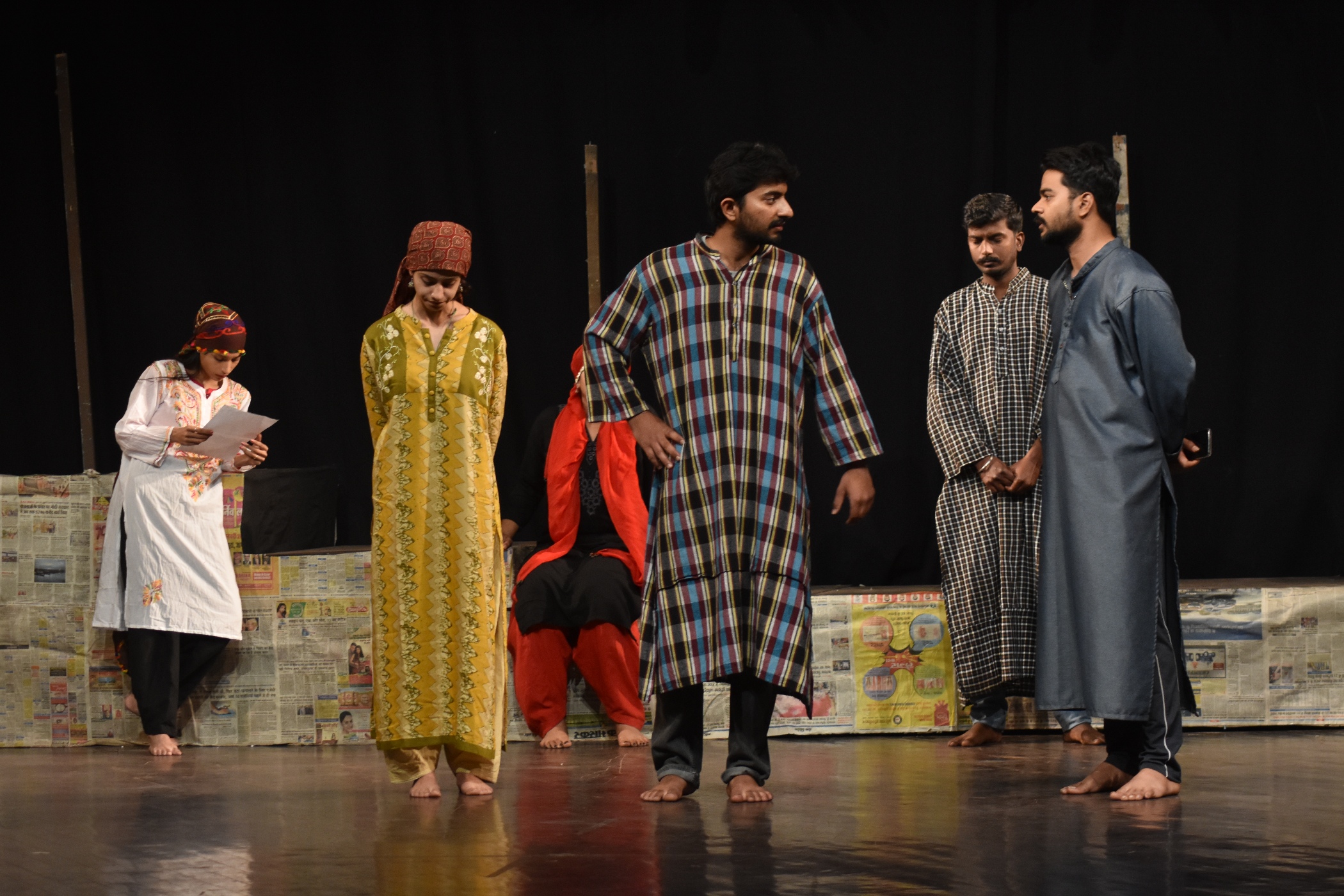 As a part of the fortnight theater scheme of Jawahar Kala Kendra (JKK), the play ‘Lost Paradise’ was staged  at Rangayan.  Directed by Aru Swati Vyas, the play was based on the script by Team Abhinay Gurukul. The pain of Kashmiri Pandits was brought alive in the play.

The play begins with the genocide of 1990. The difficult circumstances faced by the Kashmiri Pandits were poignantly depicted in the drama. The use of poetry in the play added a unique dimension to it. The stage, lighting and theatrics in the play helped in bringing out the grim situation of the time.