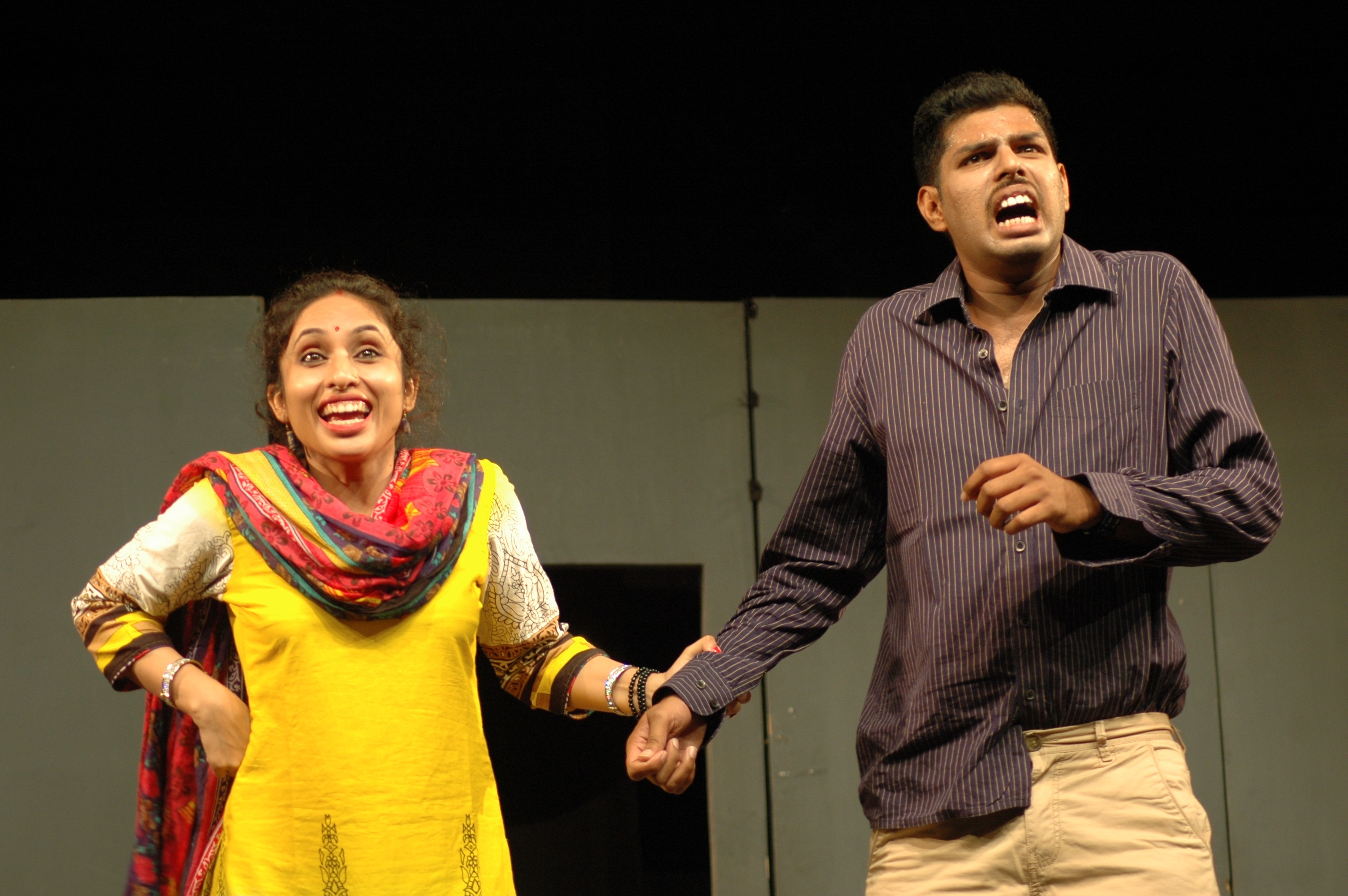 Jaipur, 30 September: As a part of the ongoing 5 day Comedy Play Festival at Jawahar Kala Kendra (JKK), the play ‘Adal Badal’ was staged here today. Jointly organised by JKK and Sangeet Natak Academy, Jodhpur, the play was a satirical take on the conflict between Westernization and Indian traditions in urban areas.

Hindi adaptation of the renowned American Comedy Play ‘Darling I am Home’, ‘Adal Badal’ revolves around the actor who has been facing continuous financial losses in the factory whereas the actress who is not satisfied with the household work. They both decide to exchange their duties in which the actor stays at home and does all the household chores and the actress looks after the factory. The problems created out of exchange of work and work area were highlighted in an interesting way.

The actor stays at home and gets friendly with the females in his neighbourhood and the actress starts going out with her P.A. In between all this,the daughter of the actor and actress who is studying in  Pune marries one of her friends without informing her parents. She comes back home with her husband and two kids. Later she also begins to help her mother in the factory and her husband looks after the kids. The play had the audience in splits throughout.

Directed by Late Madan Mohan Mathur and scripted by Shri Dinesh Thakur, the actors in the play were Yash Mathur as Mr. Devidutt, Nidhi Mathur as Mrs. Priya Dutt, Karan Singh Inda as Prabhakar, Tanveer as Mr. Patanwalla, K. K. Bohra as Raja Kadam, Garima Mathur as Saivi and Shivani as Pami. The stage decoration was looked over by Ajay Sohani, costume by Saroj Mathur, music by Sudanshu Vashnav and stage management by Rohit Mathur.