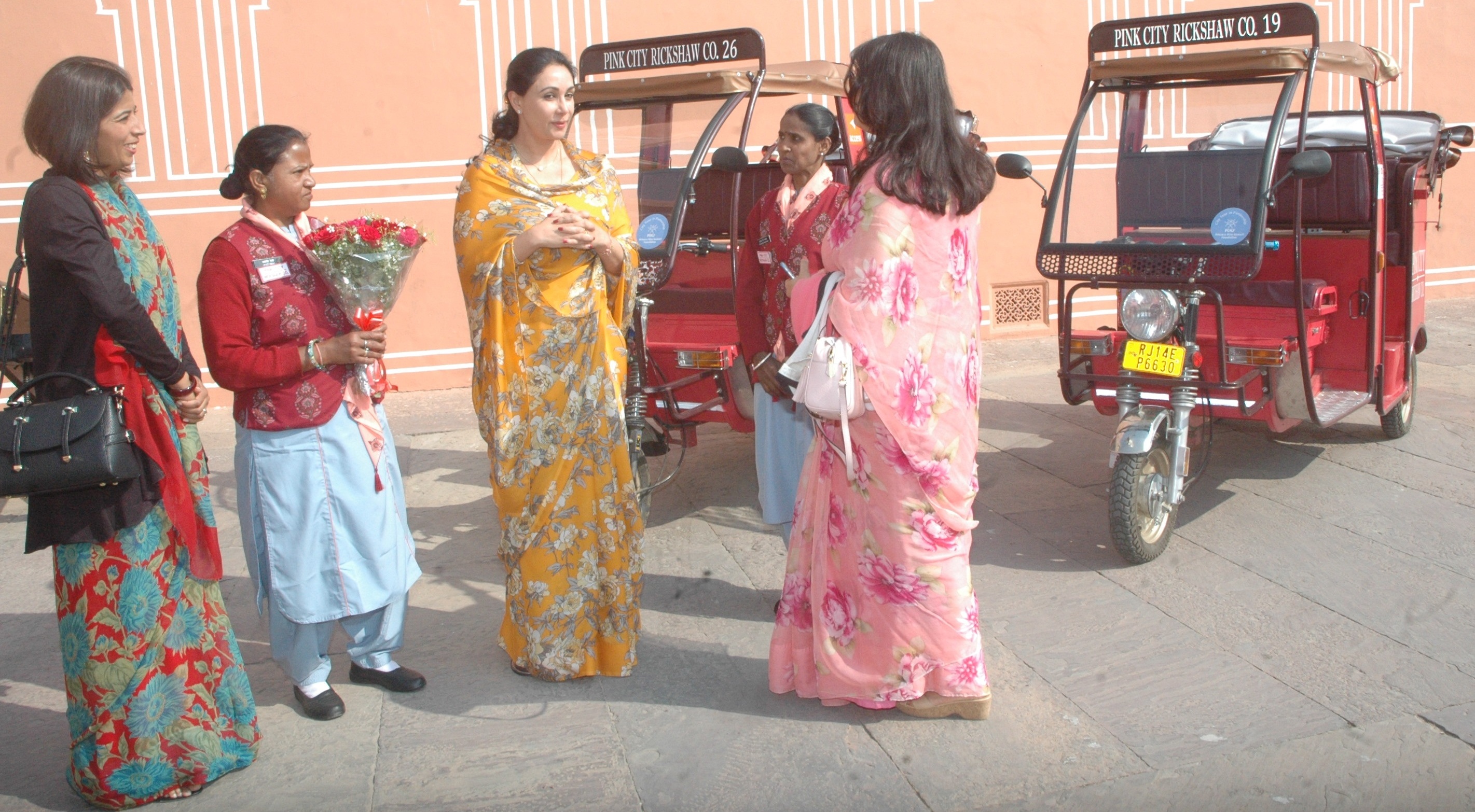 2 custom designed and ecofriendly rickshaws will now be available at the Maharaja Sawai Man Singh II Museum for facilitating the visitors and tourists. This facility was launched by MLA, Sawai Madhopur, Princess Diya Kumari at the City Palace. This facility is in collaboration with the Princess Diya Kumari Foundation (PDKF) that promotes women’s empowerment initiatives. The rickshaws belongs to the Pink City Rickshaw Company.

On the occasion the Princess said that it is only appropriate that the eco-friendly e—rickshaws will now be available for the visitors to the City Palace Museum. She said that such rickshaws should be available at all the tourists centres of the city.  They are safe, economical as well as promote women. She hoped that this facility will be used increasingly more for the walled city of Jaipur. Looking at the demand for such rickshaws at the City Palace the number from 2 could be increased.

The Princess also took a ride in the rickshaw within the premises of the City Palace. Also present on the occasion were: Honorary Advisor, PDKF, Ms. Shivina Kumari and AVP, Access Development Services & the Director, Pink City Rickshaw Company, Ms. Radhika Kumari. The name of the two women drivers of rickshaw are: Jyoti Verma and Gulab Devi.