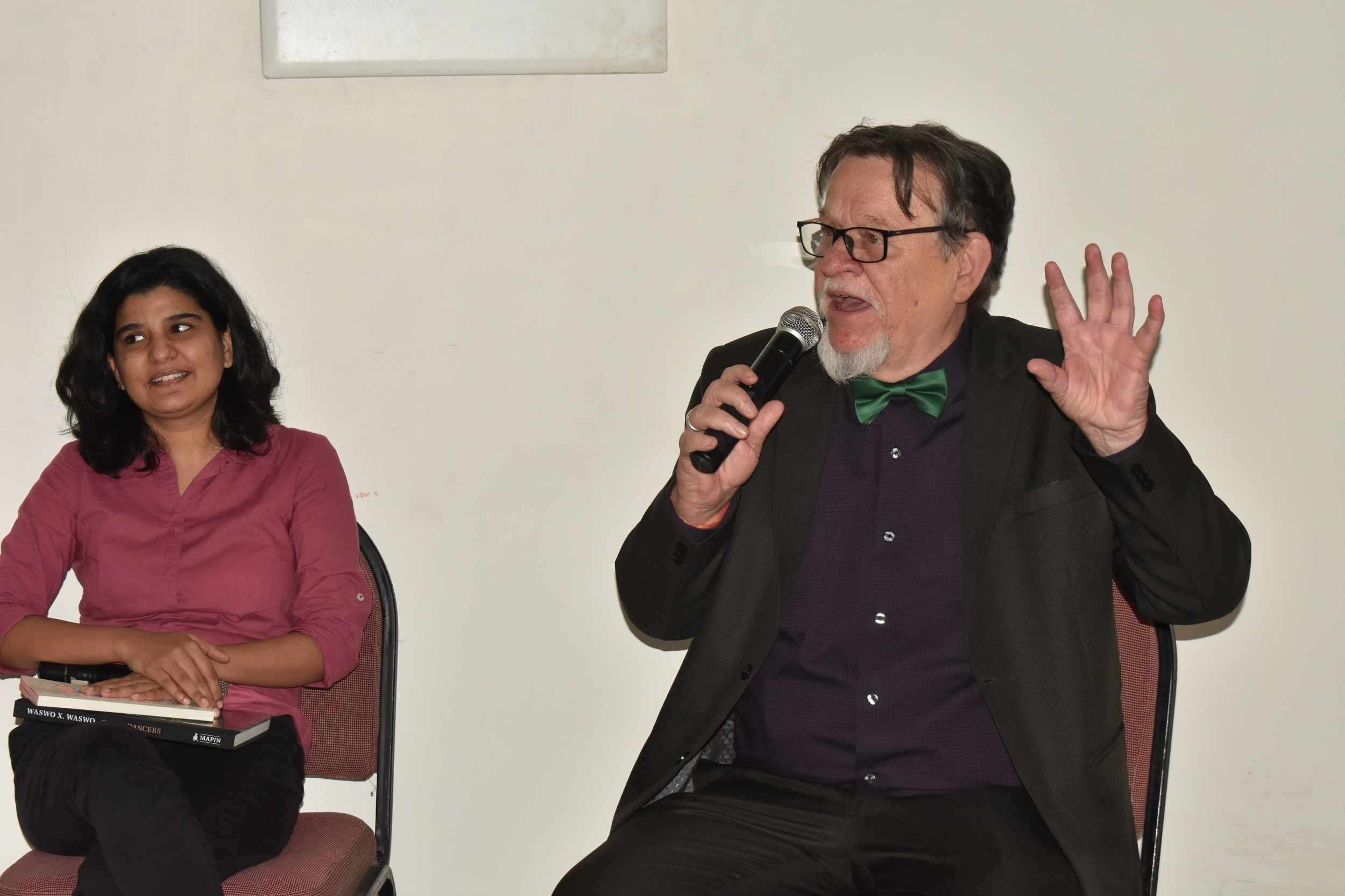 On the occasion of the recently published book, ‘Gauri Dancers’, a talk on performance and photography was held at the Special Exhibitions Gallery, Maharaja Sawai Man Singh II Museum (MSMS II) in City Palace. The book has been written by an American photographer based in Udaipur, Mr. Waswo X Waswo and art historian, Ms. Sonika Soni. They were in conversation with Consultant Director (Research Exhibitions), MSMS II Museum, Dr. Giles Tillotson.

Talking about how he came about writing the book Waswo said that not many people outside southern Rajasthan were aware of the style of Gauri. In 2010, he clicked the first photo of a Gauri dancer as a part of a regular series. A year after that, he came across a man selling Gauri masks on the street and the interaction made it into a short story in the book. After looking through earlier clicked photos, he decided to turn it into a book.

Waswo further introduced his photography studio from Udaipur. He further threw light on the various elements of the production process like the studio shots which are hand painted by Rajesh Soni, creating backdrops and finding models. He also spoke about shifting of the studio from an urban to rural setting and eventually his interest in the Gauri dance traditions.

Elaborating about the dance tradition, historian Sonika Soni said that the performers fast for 40 days eating only once a day and enact stories of Shiva, Bhasmasur, Mohini and Parvati. They believe that through divine intervention they are connected to those Gods for that period of time. The two leading female characters called Rais are Parvati and Mohini andtheir husband, Rai Budhiya is the only character who dons a mask.These masks are usually kept in Kuldevi temples and taken out only before performances.

Prior to the talk, there was also a walkthrough at the Sawai Ram Singh section in the Painting and Photography Gallery of the MSMS II Museum.