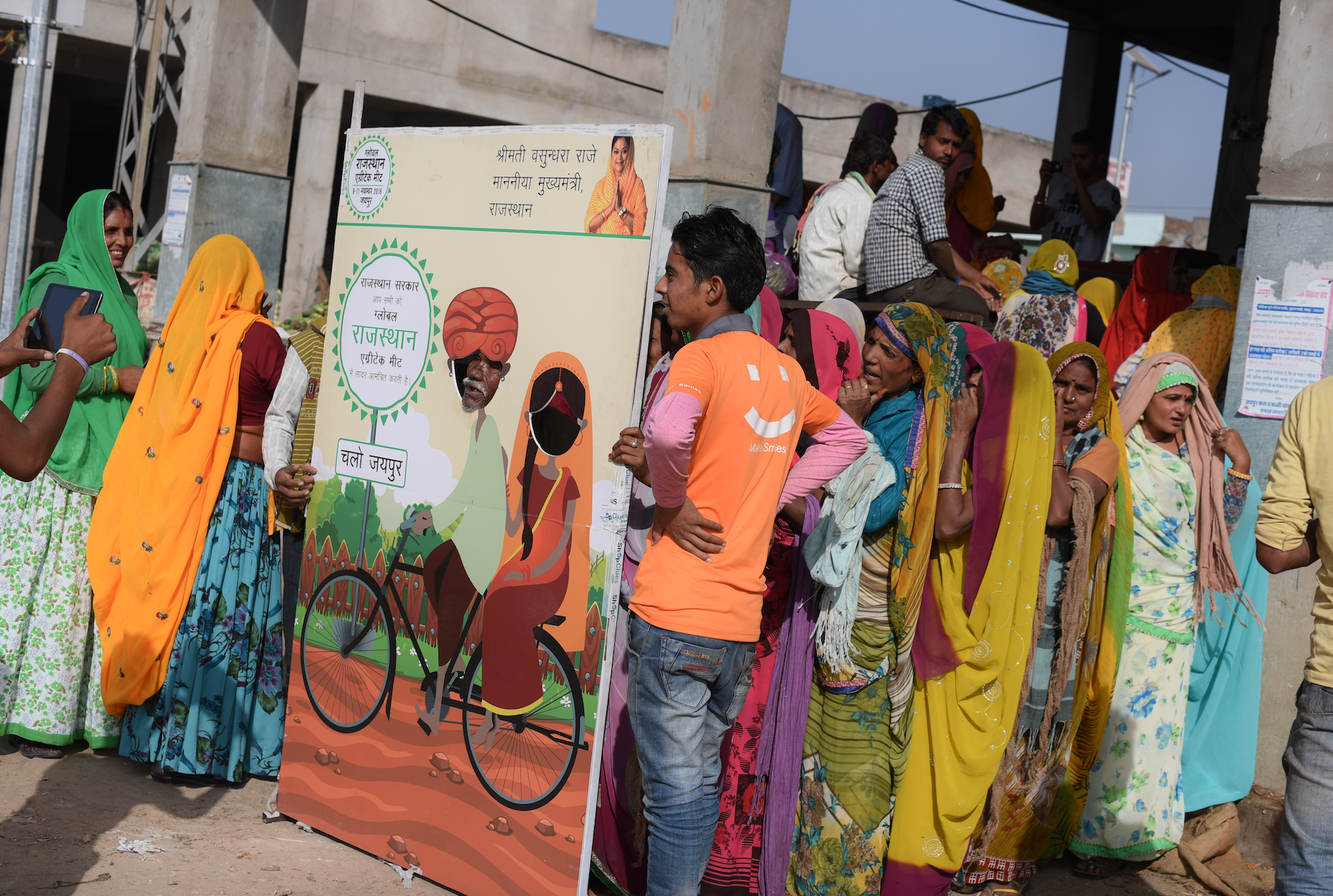 Jaipur, 7 November:  With an aim to spread awareness and popularize the upcoming Global Rajasthan Agritech Meet (GRAM) 2016, a unique on-ground activation programme which began on 18 October concluded today at Muhana Mandi in Jaipur.

During the on-ground activation people’s attention was grabbed by a setup in which a life-size cut-out of a cycle along with cut outs of human figures were placed. Participants got their pictures clicked with their faces inserted into the whole setup. The participants were given photograph with photo-jackets.

The activation witnessed a participation of more than 1500 people at 10 different mandis across Rajasthan. Apart from Muhana mandi the other locations were Churu, Sawai Madhopur, Kota, Chittorgarh, Ajmer, Suraj Pol Mandi and Sikar Road Mandi in Jaipur and Jodhpur.

The activation engaged stakeholders and added to social media efforts in popularizing GRAM. It is to be recalled that the Global Rajasthan Agritech Meet will be held from 9 to 11 November at the Jaipur Exhibition and Convention Center (JECC) at Sitapura in Jaipur. Jointly organized by the Government of Rajasthan and Federation of Indian Chambers of Commerce and Industry (FICCI), the event will be attended by over 50,000 farmers.