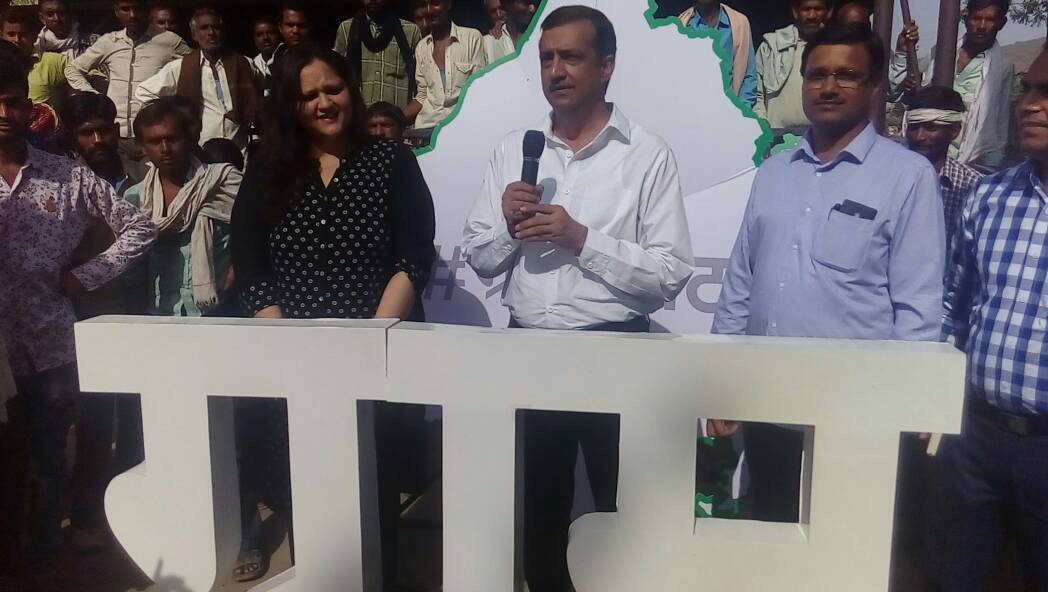 Jaipur, 24 April:  With an aim to spread awareness and popularize the upcoming Global Rajasthan Agritech Meet (GRAM) 2017 to be held in Kota, a unique on-ground activation started today at Bundi. During the event people’s attention was attracted by a setup in which a life-size cut-out of Rajasthan’s map with GRAM Kota written on it and a 2D model of GRAM name in front of it. Participants got their pictures clicked with the whole setup. The participants were also given photograph with photo-jackets.

The aim of the activation was to  engage stakeholders. It is to be recalled that the Global Rajasthan Agritech Meet will be held from 24 to 26 May at the RAC grounds in Kota. Jointly organized by the Government of Rajasthan and Federation of Indian Chambers of Commerce and Industry (FICCI), the event will be attended by over 30,000 farmers.