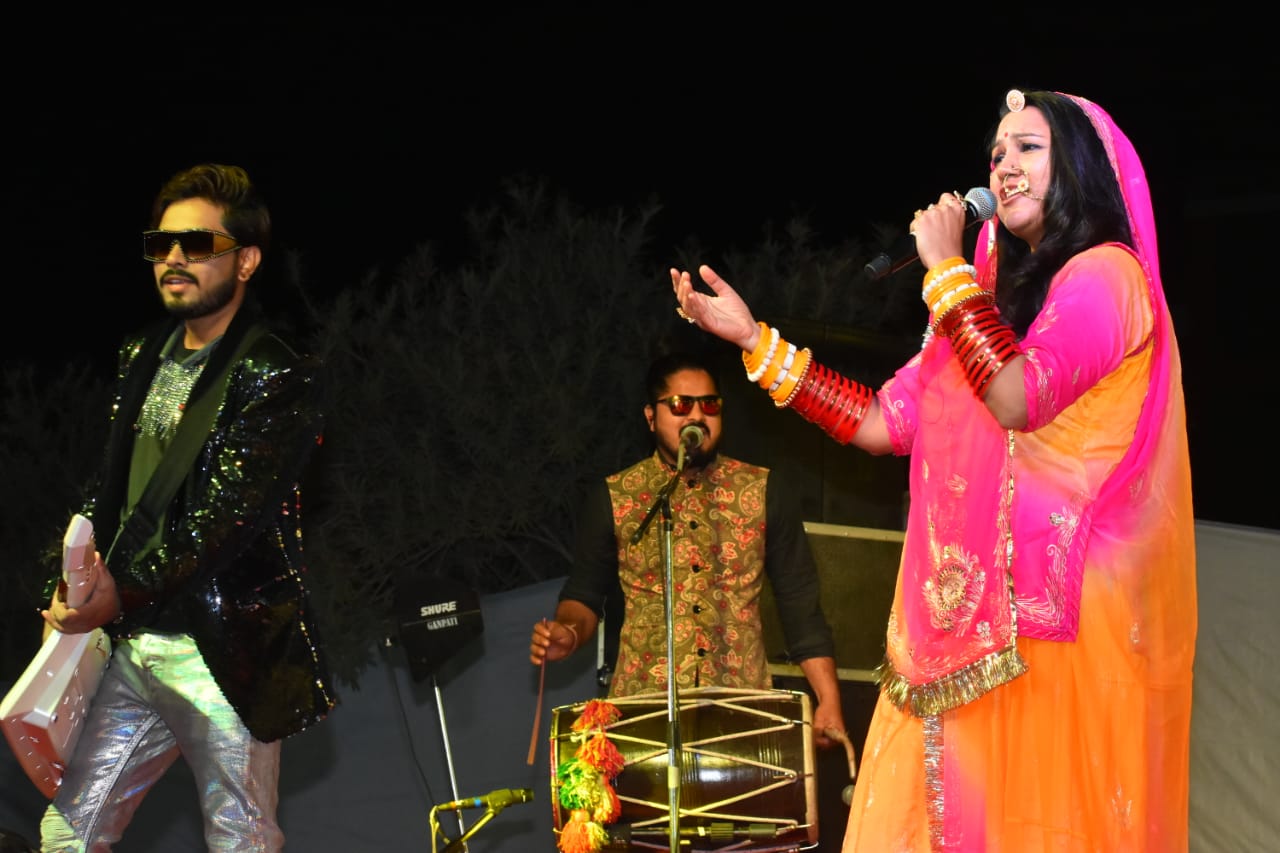 The 4-day Nagaur Fair was celebrated with great enthusiasm and filled with exciting events. The fair attracted tourists from all over the world. It was a melange of cultural performances, heritage walk and various competitions. In a mega cultural evening, music filled the air with a folk performance by well-known singer, Rajnigandha Shekhawat. The Nagaur Fair was organised by Department of Tourism, Department of Animal Husbandry and the District Administration.

The fair began on 30 January morning with a Nagada-Shehnai performance at the Pashu Mela Ground. It was followed by Moustache competition, Turban tying competition and a culture evening.

On 1 February there was a heritage walk from the Nagaur Fort (Ahhichatra Garh). It was followed by a puppet show, horse dance competition and a cultural evening at the Pashu Mela Ground. The highlight of the evening was a folk performance by Rajnigandha Shekhawat at Pashu Pradarshni Sthal.

The festival ended on 2  morning with a puppet show at the Pashu Mela Ground.