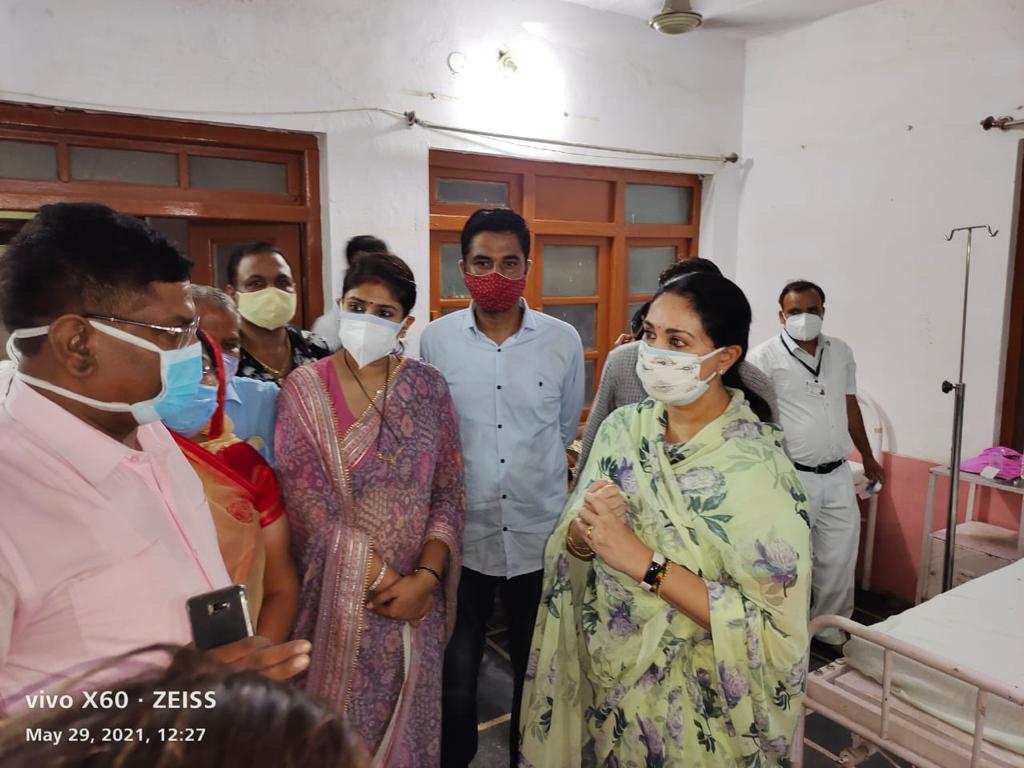 Member of Parliament Diya Kumari visited the Nathdwara, Rajsamand, Kumbhalgarh and Bhim legislative assemblies. She inspected and reviewed the facilities available in the hospitals.

Inspecting the Covid Care Centre being prepared in Dariba in the morning, courtesy of the district administration and Hindustan Zinc, the MP said that it is necessary to provide the people with effective treatment and facilities. In the afternoon, MP Diya Kumari presented the oxygen concentrator after reaching the State Community Health Center in Railmagra of Nathdwara Vidhan Sabha. The workers requested for a radiologist and a Sonography machine from the MP.

Under the BJP’s ‘Seva Hi Sangathan’ programme, she also inspected the Government Primary Health Center Peepali Ahiran of Rajsamand Assembly constituency and interacted with the medical personnel regarding the arrangements. An oxygen concentrator was also handed over to the Centre for the convenience of the patients.

Following this, she inspected the land approved for the stadium in Bhana Gram Panchayat. The MP said that there should be a route for direct connectivity from the national highway to the stadium so that it can be easily accessible. The budget will be approved soon by the Union Government for track and other sports facilities. After the stadium inspection, MP Diya Kumari reached RK Hospital and took detailed information about the condition of Covid after meeting with the District Collector and Chief Medical Officer.

Floral tribute to former MP Rathore in the MP office

MP Diya Kumari, reached the MP office in Rajsamand Collectorate and remembered the tremendous work done by former MP Hariom Singh Rathore on his second death anniversary. She paid her respects with a floral tribute.