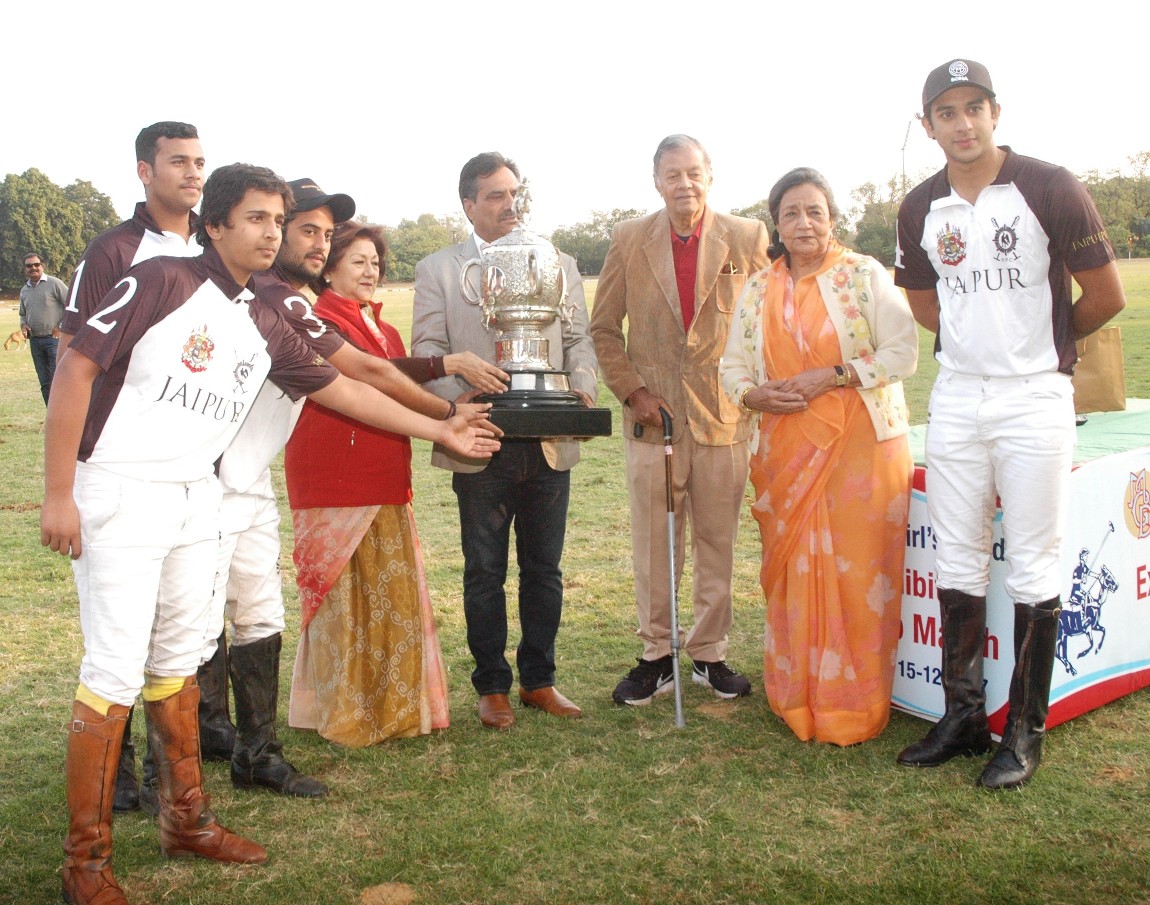 An energetic game of Polo was played between the MGD (Maharani Gayatri Devi School) Girls Guild team and the Rajasthan Polo Club team (RPC) at the Rambagh Polo Club on 15 December. The audience was enthralled with the show of extreme skill and sportsmanship between the teams. The MGD Girls’ Guild Team won the match 6-3. Maharaj Jai Singh was the Chief Guest for the polo match.

The highlight of the match was HH Padmanabh Singh who played the Lead for MGD team against RPC. The goals for the wining team were scored by HH Padmanabh Singh who scored 3 goals in total – 2 goals in the 2nd Chakkar and 1 goal in the 3rd Chakkar; Vandit Golecha who also scored 3 goals in total –  1 goal in each 1st Chakkar, 2nd Chakkar and 3rd Chakkar. The other members of the MGD Girls Guild team were Lokendra Dhirawat and Ranshay Purhohit.

Goals in the RPC Team were scored by – Kr. Ransher Singh Rathore who score 2 goals – 1 goal each in the 3rd and 4th Chakkar and Sawai Singh who scored 1 goal in the 4th Chakkar. The other members in the team were Nandu Singh and Mayurdhwaj Singh. The winning team was awarded a trophy. The umpires for the match were Dilip Singh Talabgaon and Dalpat Talabgaon. The referee was Th. Digvijay Singh.

The event was also witnessed by Patron of MGD Alumni and President of MGD Girls School, Rani Vidya Devi. The match was followed by sumptuous hi-tea. Earlier, a friendly Kho-Kho match was held that the MGD School. The match was played between all participating batches of the school.