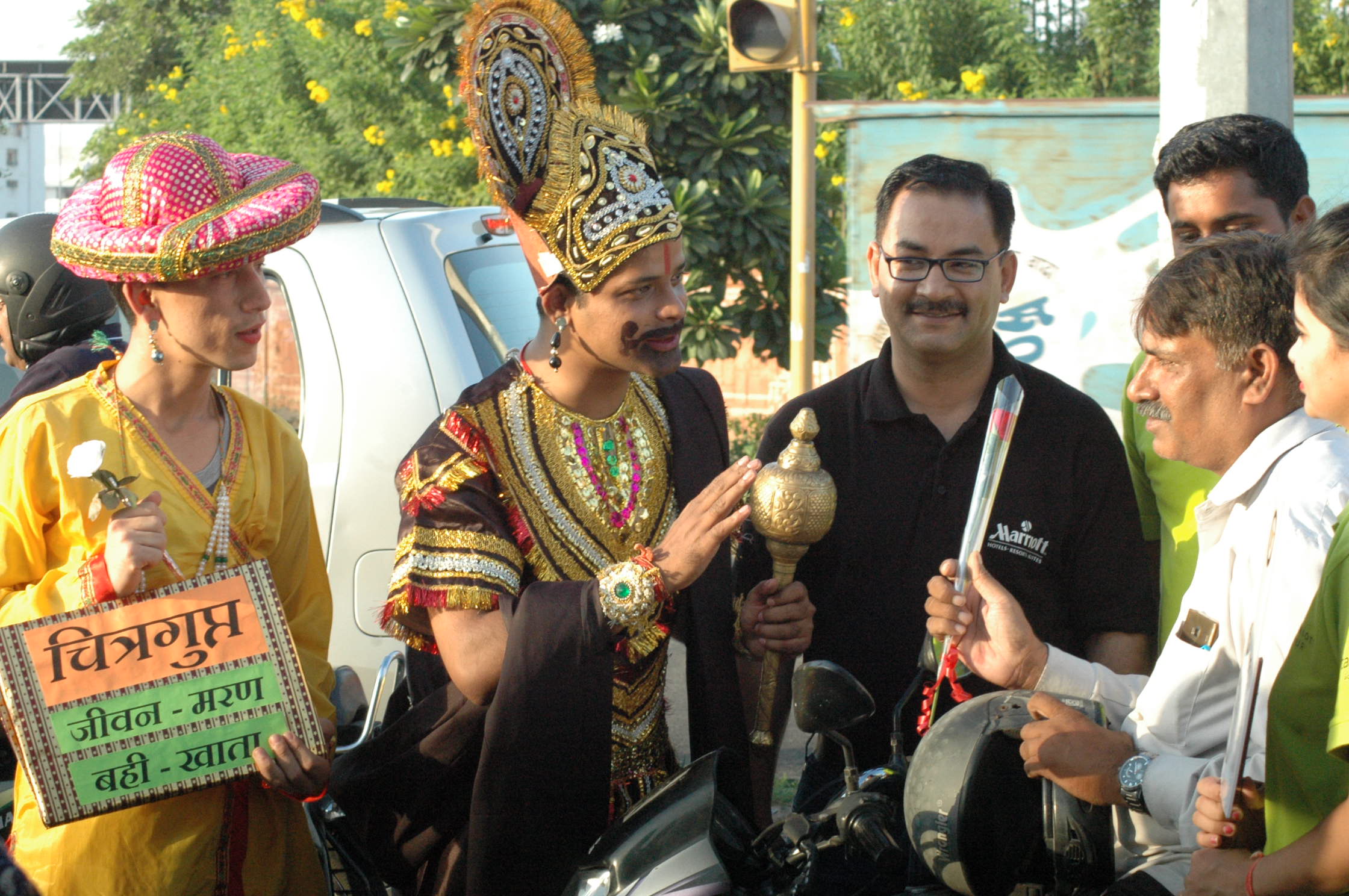 As a part of Marriott Global Safety and Security Awareness Month, employees of Hotel Jaipur Marriott organized a unique activity at JDA Circle in Jaipur . The staff of Jaipur Marriott hotel stood at the traffic signals  with banners displaying road safety rules. Flyers specifying the DOs and DON’Ts of road safety were also distributed to the public. While the traffic defaulters were given red roses as a reminder to follow safety rules and those adhering to the rules were given cookies as a token of appreciation.

The General Manager, Jaipur Marriott hotel, Ms. Monica Suri and Director of Security, Jaipur Marriott, Mr. Amar Singh Patoda along with members of Marriott International properties in the city and officials of Jaipur Traffic Police were also present on the occasion.

Said Ms. Suri: “Marriott will continue to organize such events for creating awareness among the citizens of Jaipur.”