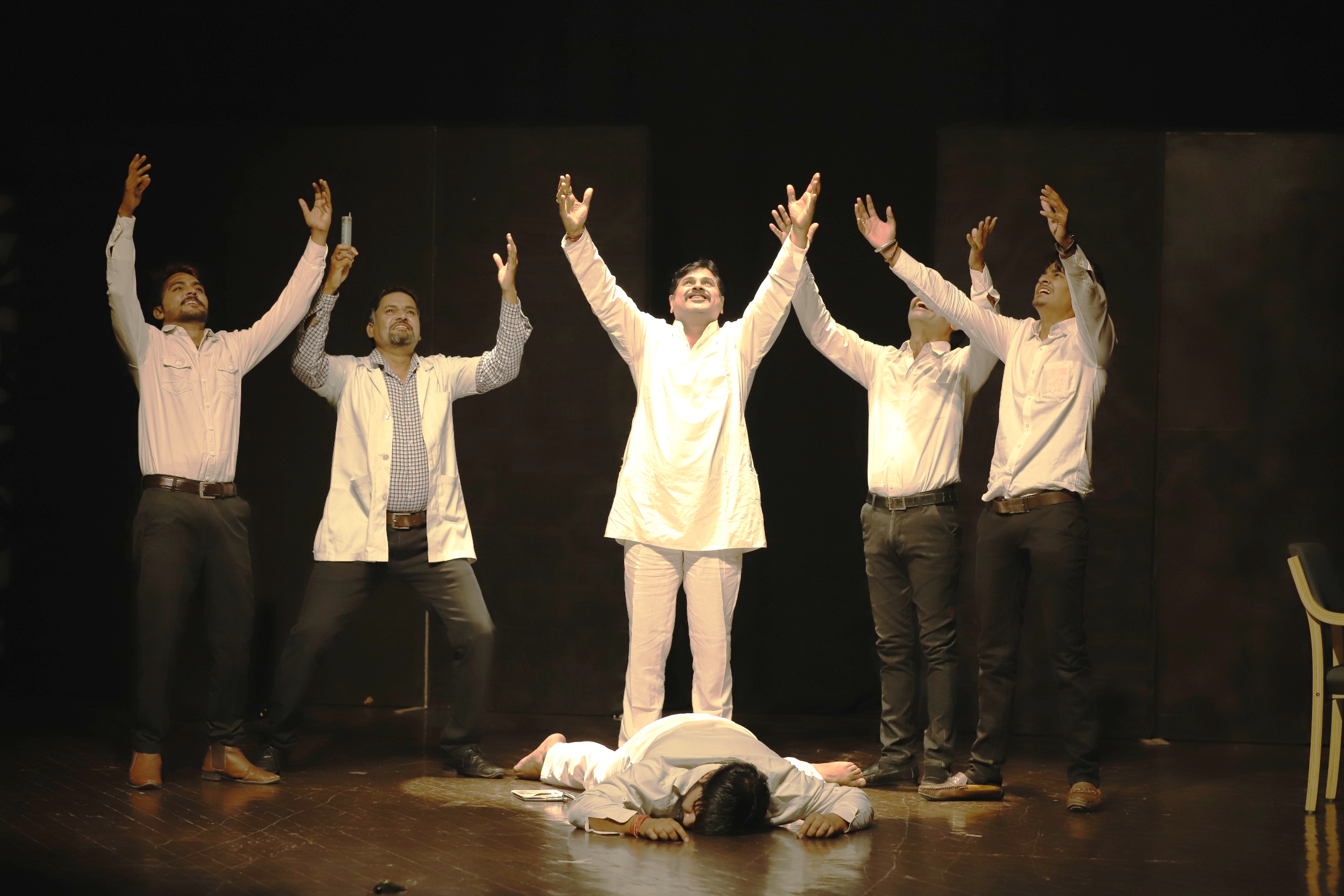 Under the fortnight theatre scheme of Jawahar Kala Kendra (JKK), play ‘Pagal Ghar’ designed and directed by Mr. Ramesh Verma was staged at Rangayan . The play has been written by Dr. Nand Kishor Acharya and is an intense anti-system drama that strikes the freedom-fearing and stricken mind-set of people.

The play is a political satire that attacks on power but also brings to the forefront the fear of inner self. It raises the question that if a person wants to live independently with their thoughts and their opinions why is he not being allowed to do so. The author is the main character with strong views, who through his authorship, tells the truth to all. This makes the people and leaders in power afraid of him forcing them to send him to a madhouse after making false accusations. There the author is presented with many temptations and tortured in various ruthless ways. However, he does not bow down and ends up committing suicide.

After watching all these events closely, the young doctor revolts and forces the leader to bow down. In this way, this play makes the audience think about the deteriorated system and the frustrated mindset of man. At the end of the play, Dushyant Kumar’s poem ‘Ho Gaaye Pir Parvat-Si Pighalni Chahiye, Is Himalaya Se Koi Ganga Nikalani Chahiye’ was also presented. The powerful ending of the play effectively conveys the message that constant oppression will lead to a rebellion.