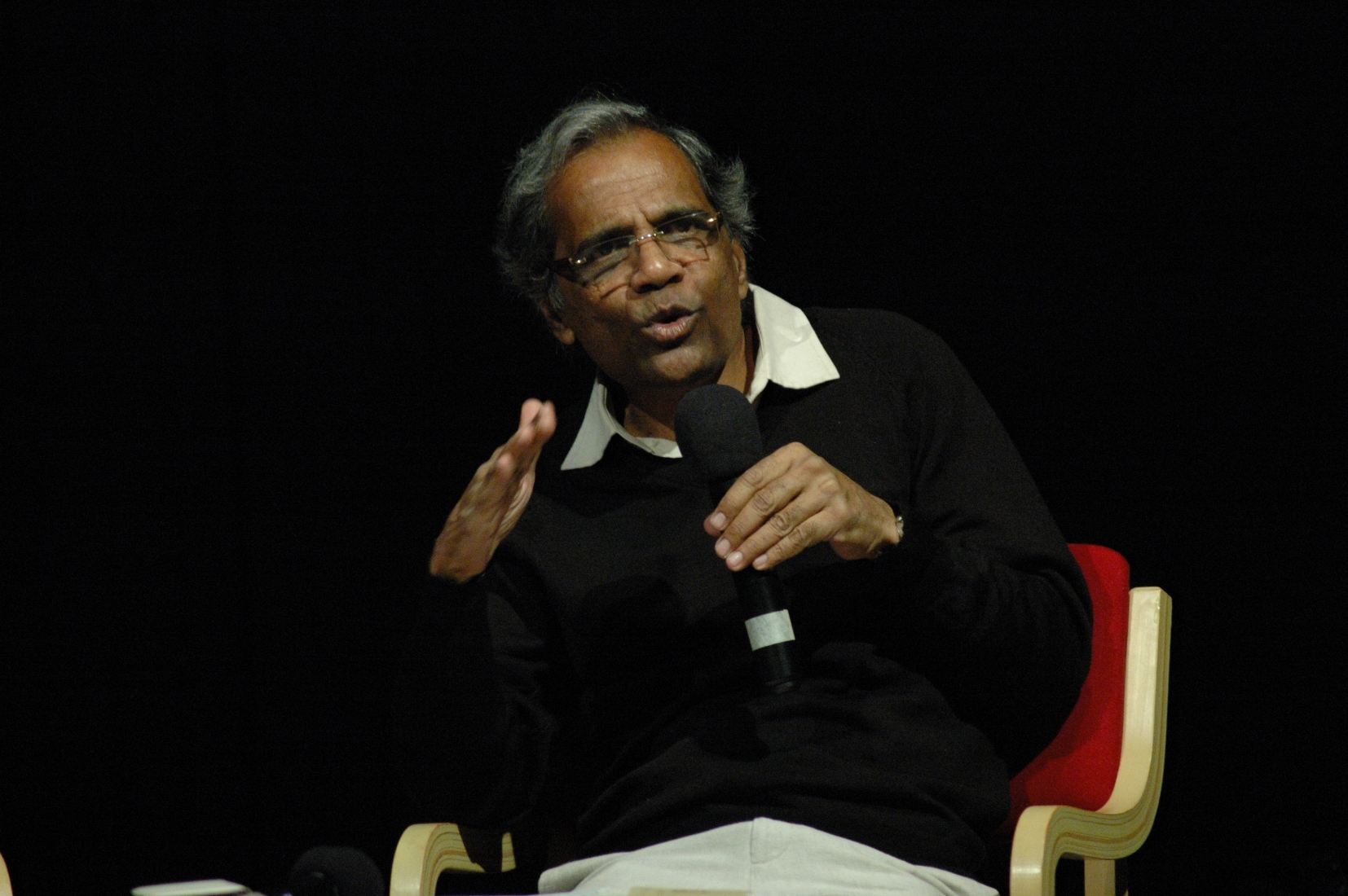 “The avant garde film maker from Jaipur — Mani Kaul was always keen to impart his knowledge. He had an endless desire to give what he had. And thus, Mani Kaul was a legend”, said renowned poet and essayist Udayan Vajpeyi today. He was speaking at a talk ‘Life With Mani – an evening of poetry, music and ideas’ organized as a part of the ongoing moving image exhibition ‘तह-सतह: A Very Deep Surface, Mani Kaul and Ranbir Singh Kaleka: Between Film and Video’ at Jawahar Kala Kendra today.  The knowledge giving nature of Mani Kaul can also be seen in the movie ‘Daata’ which is being shown at the exhibition at JKK.

Vajpeyi has been a student of Mani Kaul for more than three decades.Throwing light on Mani Kaul’s life, Vajpeyi said that Mani Kaul was not just a great film maker but was also a musician and a poet. He taught Dhrupad to many students including him. Udayan also spoke about Mani’s poems, his music and his close association with him.  “Mani was a great teacher who did not repeatedly find mistakes in his students. He looked at those mistakes as windows through which one can gauge the behavior of one’s students.”

Highlighting Kaul’s art, Vajpeyi said “Mani Kaul in all his art forms tried to make time palpable to make people experience time movement. By experiencing time movements, one experiences modality.” He further said that Mani Kaul’s poetry had an element of ‘shrangar’ which showcased the continuum of man and nature. Vajpeyi also recited some of Mani Kaul’s English poems on the occasion.

It is to be recalled that the exhibition is on till 4 March (except Mondays and public holidays).