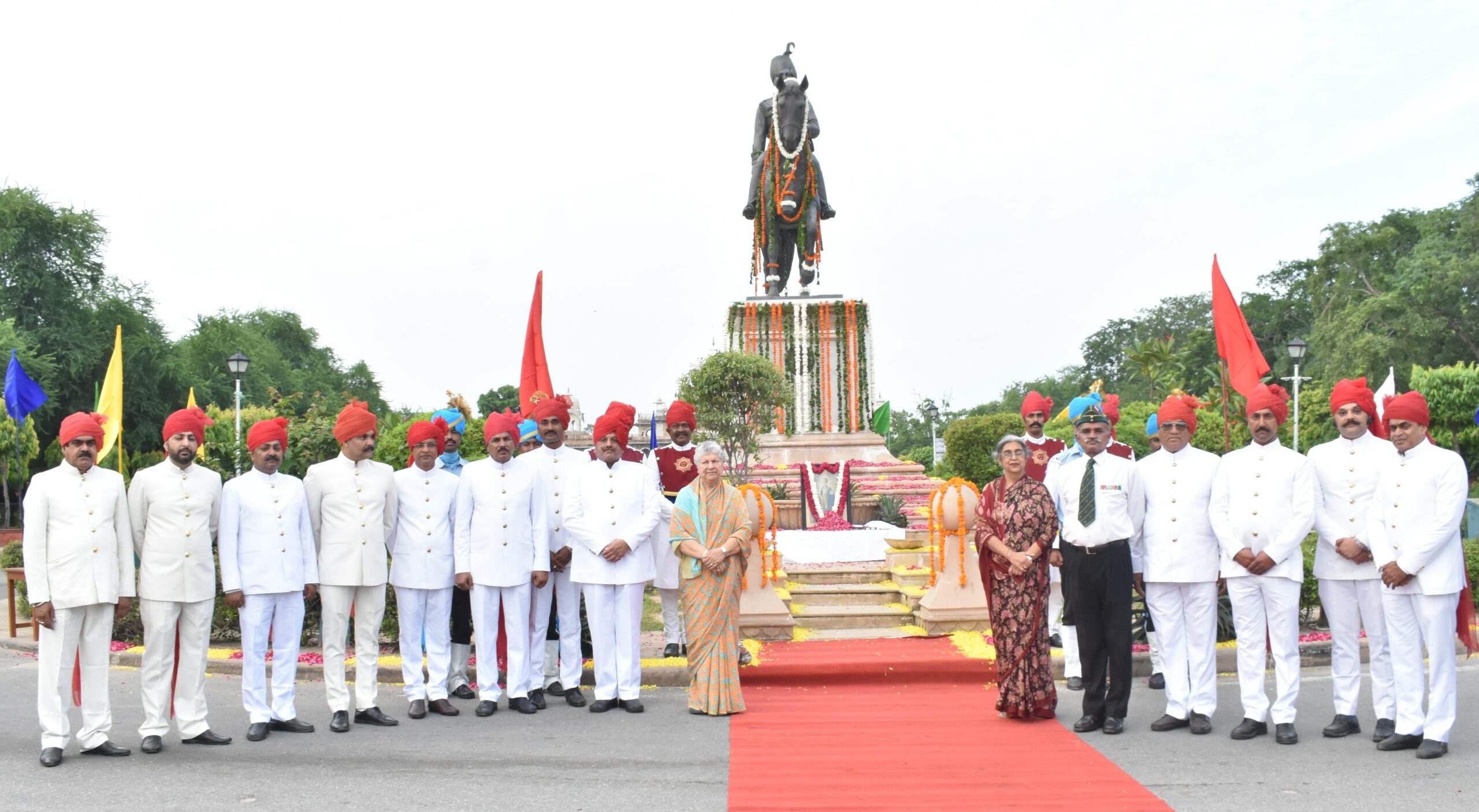 The 111th birth anniversary of Maharaja Sawai Man Singh II was celebrated with verve and gusto today in Jaipur. In the morning, floral tributes were paid at the statue of the former Maharaja of Jaipur at the Ram Niwas Bagh. The Executive Trustee of MSMS II Museum, Ms Rama Dutt as well as  the Director of the Museum,  Dr. Rima Hooja were also present on the occasion. Officers
and staff of the City Palace and the MSMSII Museum also paid floral tributes. On the occasion, Ms Rama Dutt said that the late Maharaja Man Singh was the builder of modern Jaipur. The large number of colleges, hospitals, schools, wide roads, city stadium etc were all built
during his time and on his initiative. He was also the first Rajpramukh of Rajasthan.

In the evening at the Ashok Club, large number of members, garlanded the bust of the late Maharaja Sawai Man Singh II.

During the day, a large number of visitors to the City Palace and the Museum also paid floral tributes in front of the photograph of the Maharaja at the Sarvato Bhadra Chowk.