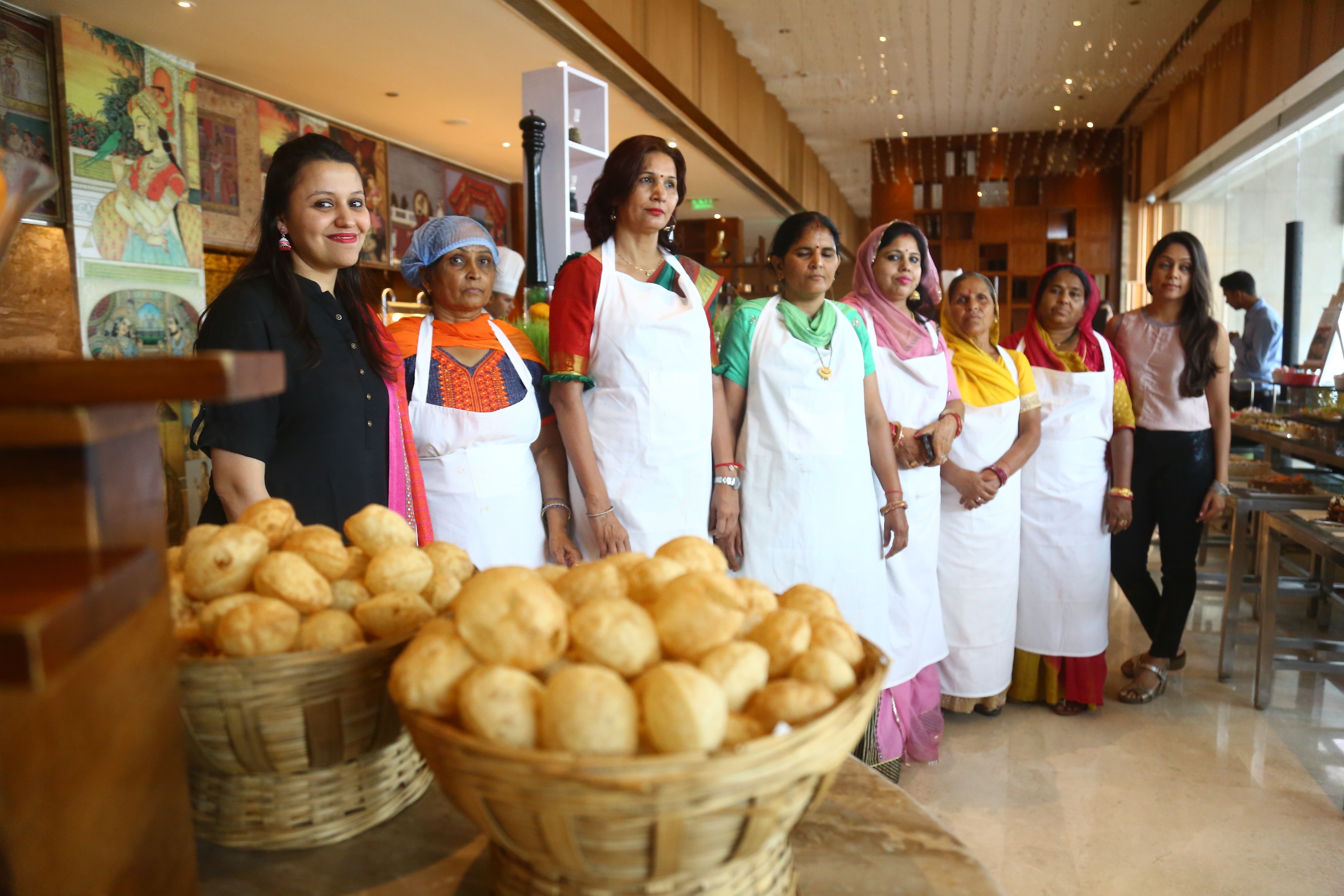 In a one-of-its-kind initiative on the occasion of Mothers’ Day, mothers of the hotel employees of Hotel Holiday Inn City Centre were invited to cook in the hotel kitchen and get a hands on experience of their children’s work place. They prepared dishes like Rajma Chawal, Sooji Ka Halwa, Pahari Dal, Pittod Ki Sabzi, Matar Paneer, Aloo Paratha, among others. The Executive Chef of the hotel, Mr. Arindam Behl helped the mothers in the kitchen with the preparation of the dishes. As many as 12 mothers including Pamela Behl, Seema Shekhawat, Kamla Devi, among others participated in the event.

On the occasion, Mr. Pankaj Gupta, General Manager, Holiday Inn Jaipur City Centre, shared “To every child, his mother is the best cook in the world. Our idea behind this event is to make the moms feel like real life chefs. This is the second chapter of “MAA KE HATH KA KHANA” wherein plated home-made food at Monarch is being served and the feeling of love and warmth in the kitchen is going to linger on for days.”

Later, the mothers were felicitated and given a token of appreciation by the General Manager of the hotel. Mother of one of the hotel staffers, Mrs. Seema Shekhawat said: “It was an enriching experience to be a part of this event at Hotel Holiday Inn today. I learnt different ways of cooking from other participating mothers as well.”