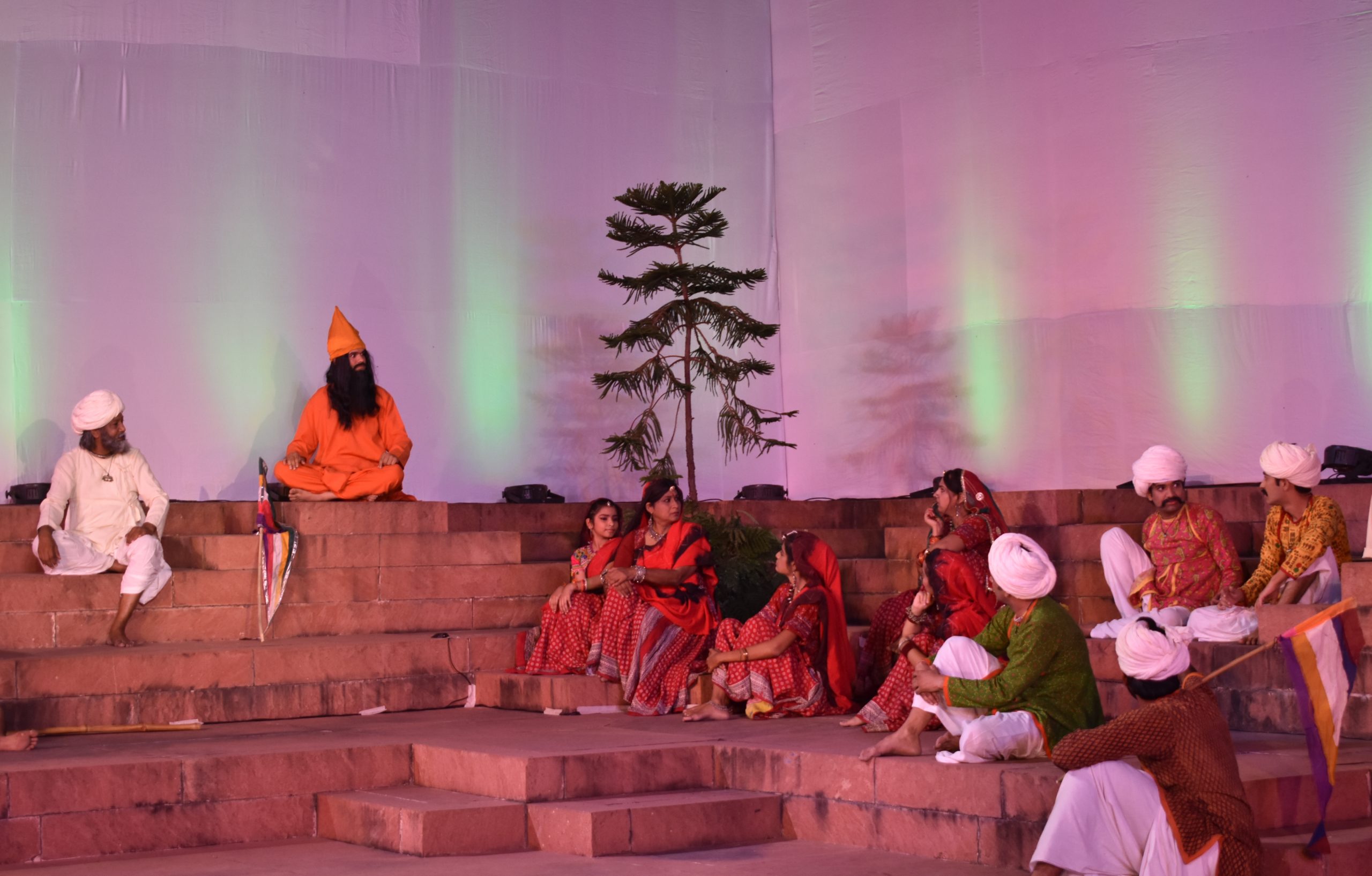 During the year of Amrit Mahotsav a play dedicated to the protection of trees was staged at the Jawahar Kala Kendra (JKK). This Play has been written and directed by well-known theatre artiste Ashok Rahi. As many as 35 actors performed in the play.

It is to be recalled that three hundred years ago in the Khejrli Village, Amrita Devi and 363 Bishnois  gave their lives but didn’t let trees be cut. Based on the story, this play has already been staged at Goa, Delhi, Pushkar, Hisar, Gram Vishv Bharti, Momasar etc and has been witnessed by large number of people.