KATHAK PERFORMANCE BASED ON SEVEN PLANETS ‘SAPTAAVART’ STAGED AT JKK 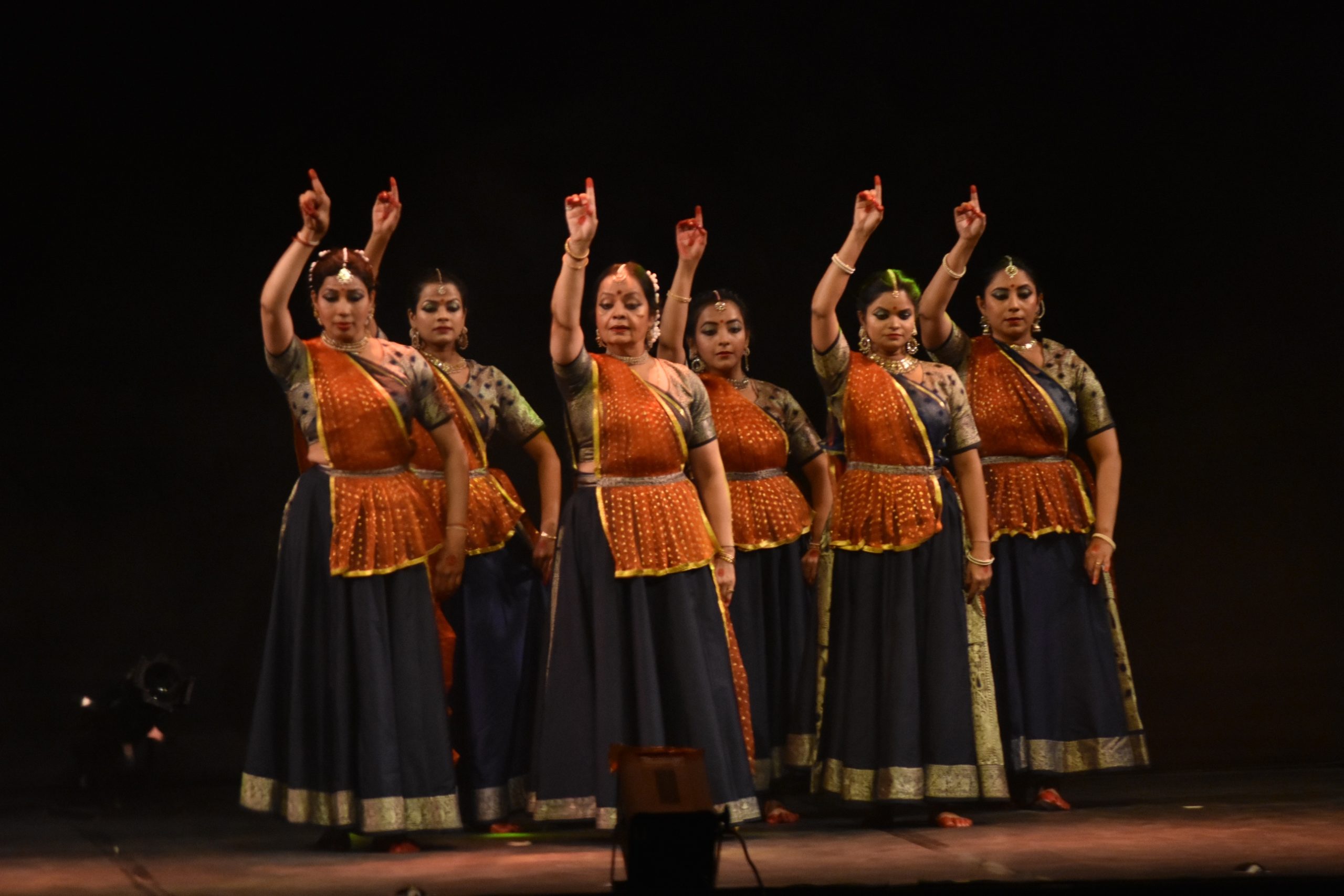 KATHAK PERFORMANCE BASED ON SEVEN PLANETS ‘SAPTAAVART’ STAGED AT JKK

Kathak dance composition ‘Saptaavart’ was performed on the fourth day of the ‘Vividha-2’ at Jawahar Kala Kendra (JKK). Kathak Guru, Prerana Shrimali’s choreography and poetic selection presented the seven planets – Sun, Moon, Mars, Mercury, Jupiter, Venus and Saturn. While innovating in Kathak, the specialties of the seven planets, their energy, color, nature and influence were displayed.

The artistes first introduced ‘Ravi’ (Sun) followed by ‘Soma’ (Moon) using Tarana, Sargam, Khyal in Taal Jhaptaal. This was followed by a presentation for planet ‘Mars’, ‘Mercury’ and a captivating dance based on Kabir’s hymn ‘Bande Karle Aap Nibera’ for planet ‘Jupiter’. At the end of the program, the planet ‘Shukra’ (Venus) was displayed using poet, Chintamani thumri and ‘Shani’ (Saturn) was shown with Kathak Tihaiyaan.