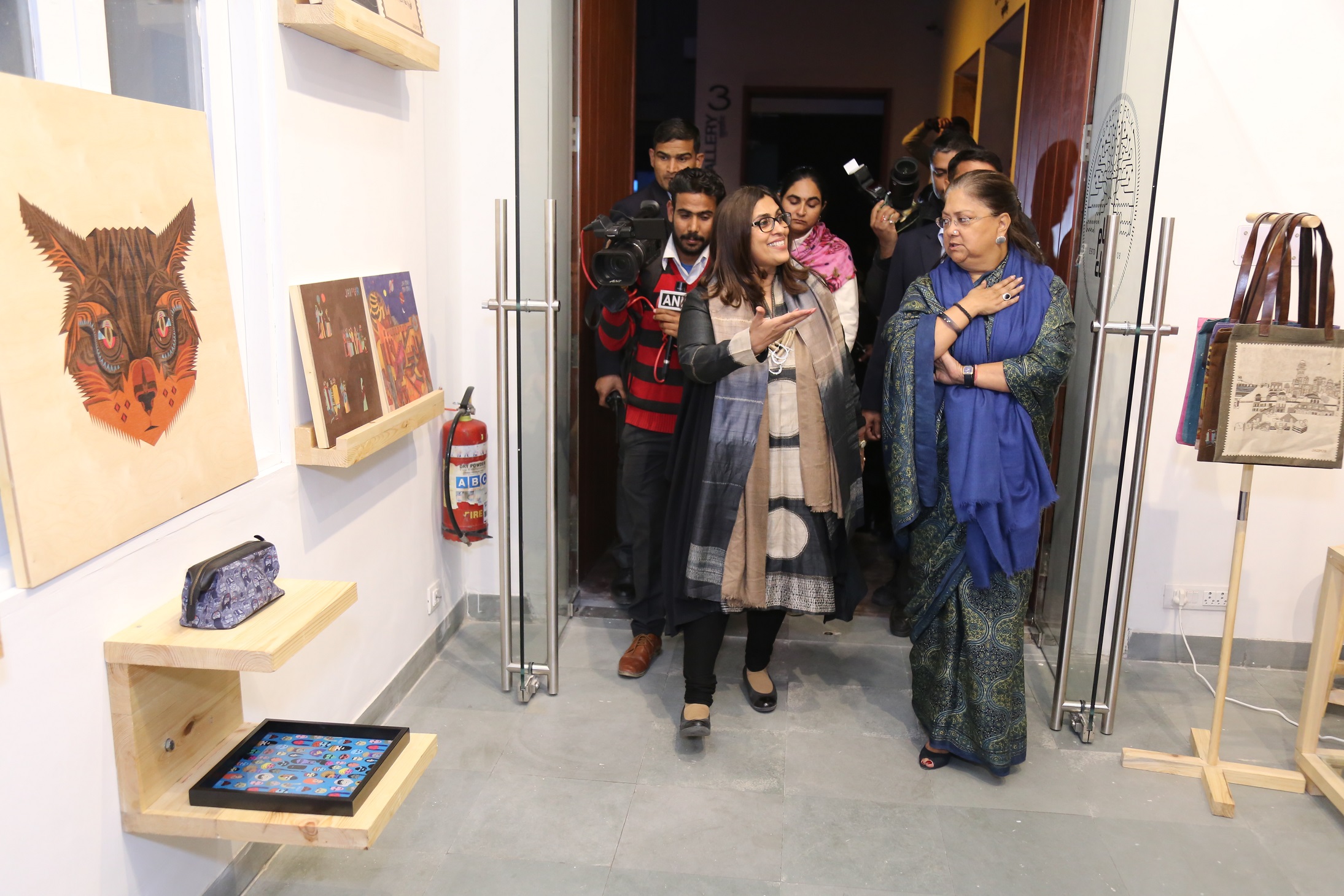 Jaipur, 20 January:  The arena of visual arts at Jawahar Kala Kendra will witness a breakthrough with the reopening of the Museum Galleries which constitute the erstwhile Museum Alankar and the three art galleries which had been under renovation. Refurbished with concrete flooring, state of the art lighting systems and walls, the Museum galleries will be ready to receive a spate of thematically curated exhibitions which will continue for a period of 2-4 months each and which will not only enrich the cultural landscape of Jaipur but also give the visitors a dynamic experience.

Creating a centre of excellence for the arts was the vision of the Chief Minister of Rajasthan, Ms. Vasundhara Raje who inaugurated the refurbished Museum gallery block today. The Museum galleries open with an exhibition of the moving image which will be the first of its kind event in the state.

Entitled ‘तह-सतह: A Very Deep Surface, Mani Kaul and Ranbir Singh Kaleka: Between Film and Video’, the exhibition is curated by eminent film historian and scholar Ashish Rajadhyaksha. The avant garde film maker was from Jaipur and a lot of his work references the landscape and sounds of Rajasthan.

The show is essentially a conversation between India’s leading avant-garde filmmaker Mani Kaul’s classic celluloid films from the 1970s and 80s and his digital experiments in the 2000s alongside several video-on-canvas works by internationally renowned artist Ranbir Singh Kaleka. Consisting of over 10 single and multichannel video installations, a sound installation which includes poetry and music alongside video projections on canvas, the exhibition is an attempt to ask new questions about the moving image in 21st century India.

A series of collateral events will unfold during the 6 week period of the exhibition.  A first full retrospective of Kaul’s films, including his rare final digital works, will be on view at JKK. There will be a series of talks by the artist Ranbir Singh Kaleka and curator Ashish Rajadhyaksha as well as by other eminent curators, writers and scholars. Daily walkthroughs for visitors by JKK’s curatorial staff will also be available, thus making JKK a center of learning as well as critical discourse.

A souvenir shop, ‘The Gallery Shop by Play Clan’ also opened simultaneously in the Museum block today.  The hospitality partner for the inauguration of the exhibition is Hotel Hilton.

It is worth noting that ever since its inception, the art and culture hub of Jaipur – Jawahar Kala Kendra (JKK) — has been committed to promote multiple types of art. In the last one year, JKK has been instrumental in bringing to the Pink City high quality performing art and literary programmes with Navras (week long performing arts festival), Bookaroo (Children’s Literature Festival), Raag (an all night classical musical event) and Thirak (Classical Dance Festival) being the major highlights.