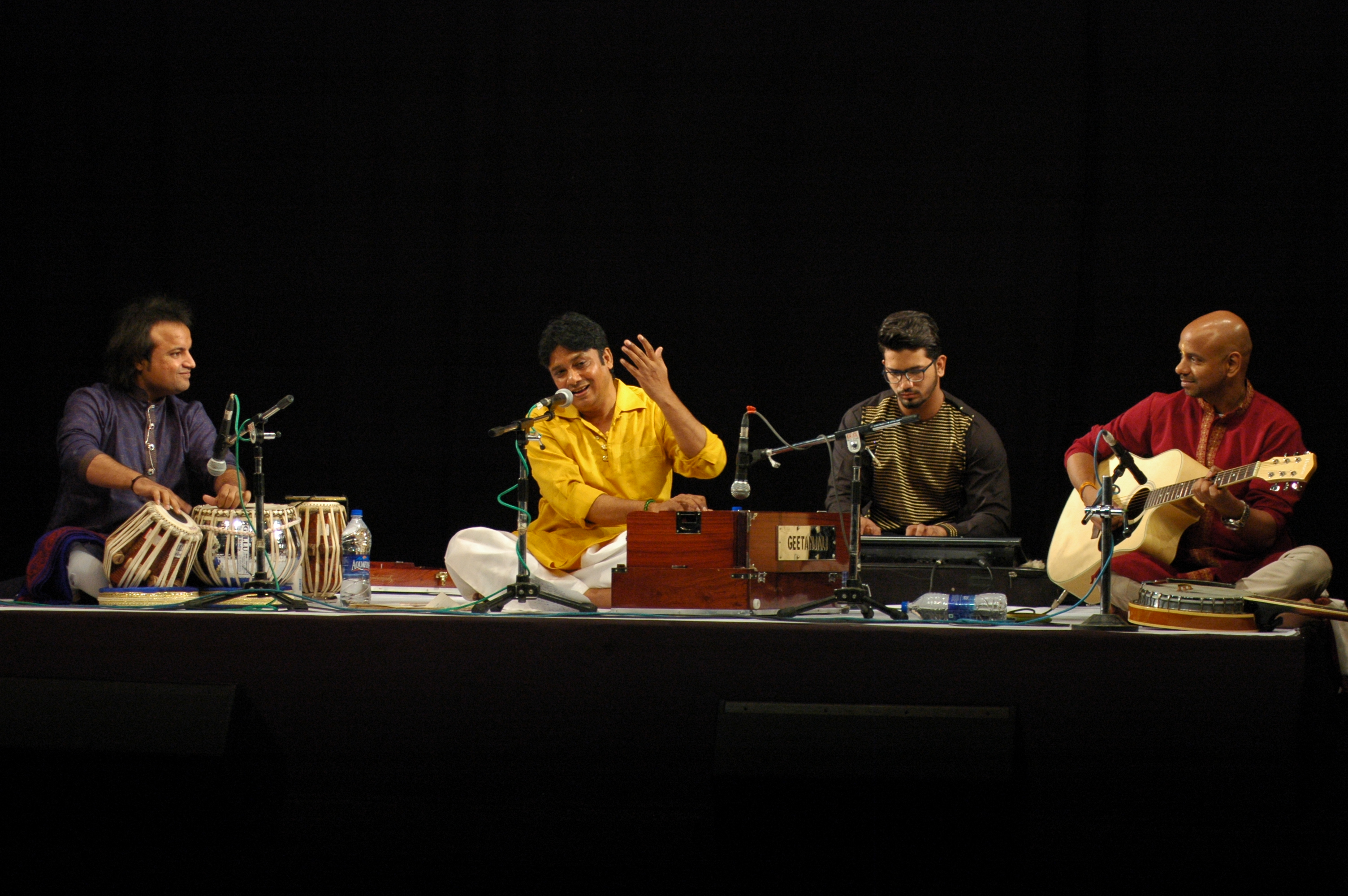 The auditorium of Jawahar Kala Kendra was echoing with beautiful sufi music and ghazals sung by renowned musician Rajab Ali Bharti on Friday evening. Belonging to the Seniya Gharana of music, the nine time All India Light Music Competition winner won the hearts of the audience as he sung some of his beautiful compositions at the ghazal concert.

Rajab Ali expressed that Ghazal is an evergreen genre of music and that he is happy to see even the youth becoming more intrigued towards it. He further expressed his happiness on the age of Ghazals being back again.