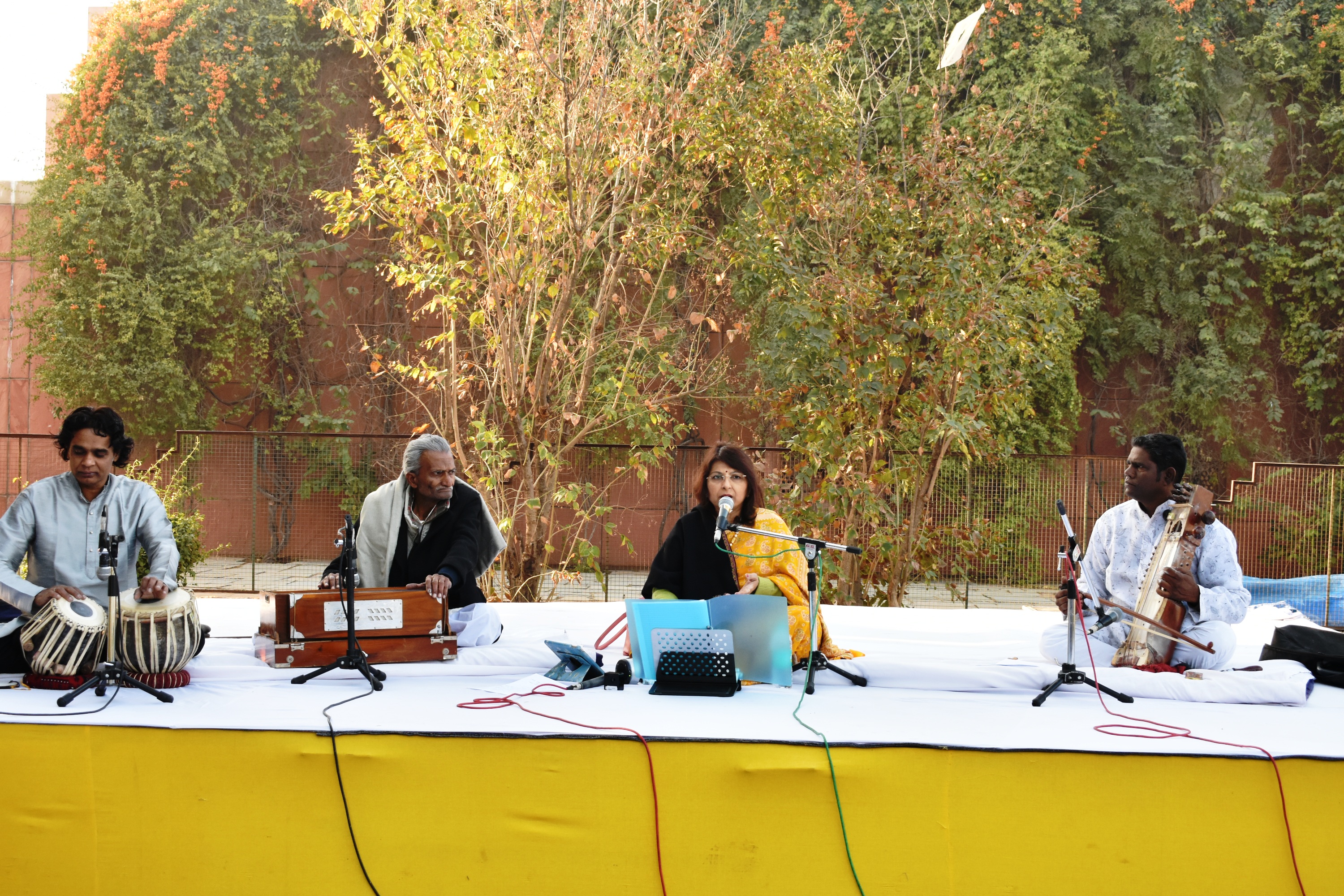 Jaipurites kick-started the day with a melodious performance by the renowned Indian classical and Thumri singer, Smt. Swati Natekar at Jawahar Kala Kendra (JKK). She was accompanied by Ustad Naseer Khan on Harmonium, Jaffar Hidayat Khan on Tabla and Amiruddin Khan on Sarangi. The performance was a part of the Morning Raag series of JKK.

The artiste began her concert with Bada and Chhota Khayal in Raag Bhairav, followed by a Thumri in Raag Des, composed by her mother and guru, Dr. Sushila Pohankar. This was followed by a Bhajan ‘Baaje Re Muraliya’ and the popular ghazal ‘Ranjish Hi Sahi’. After a Dadra in Raag Pahadi, she concluded her recital by singing Bhairavi Thumri ‘Baajuband Khul Khul Jaaye’. The concert was a mesmerising blend of Indian classical music, Thumri and Ghazals.

It is to be noted that Smt. Swati Natekar is one of the most respected voices in the Indian classical genre. She is also well-known for her collaborations with renowned artistes like Ustad Zakir Hussain, Sonu Nigam, Nitin Sawhney, Talvin Singh and Muzaffer Ali