JAIPURITES JIVE TO JAZZ AND BLUES 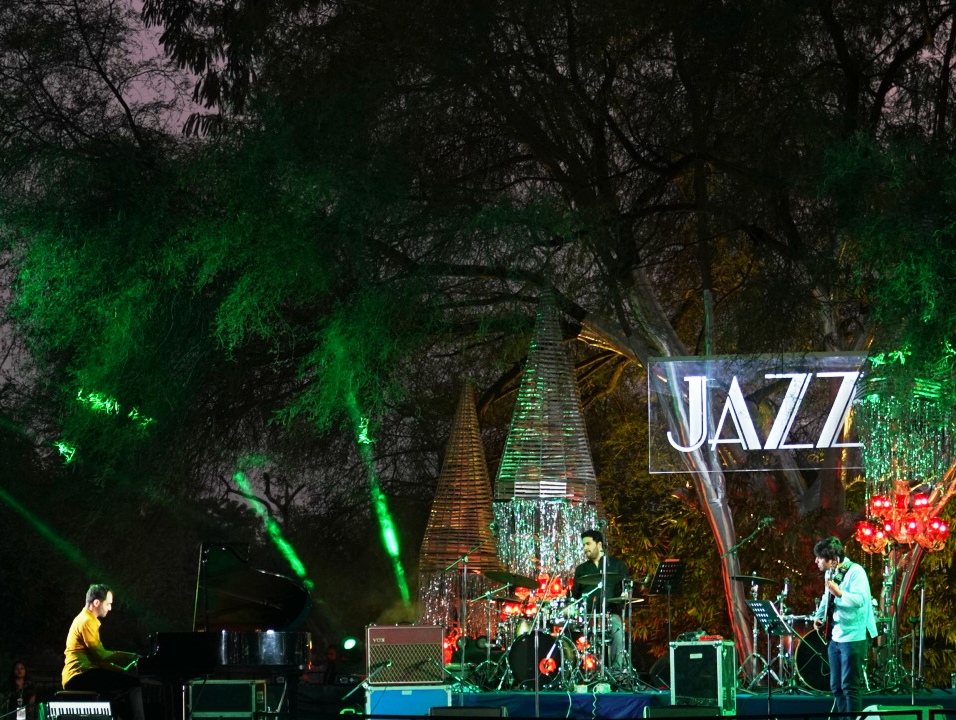 JAIPURITES JIVE TO JAZZ AND BLUES

The second day of the Jaipur Jazz and Blues Festival, a 3 day world-class music festival witnessed mesmerizing performances by four different bands at Central Park. The festival is being organized by Seher in association with UNESCO and Rajasthan Tourism.

The musical evening began with the performance of Joao Bittencourt, an accomplished pianist, accordionist, composer and musical director from Brazil. They presented the traditional musical style from the northeast of Brazil and performed songs like To Touch the Sky, Escape to the North East and They or Them, among others. While Joao played piano and accordion, he was accompanied by Kabir Agarwal on Bass and Aditya Dutta on drums.

This was followed by the performance of multi instrumentalist, composer, singer and songwriter from India, Dhruv Visvanath. He sang songs such as Carry, Write, Jungle, Obituary and Dark, among others. He also impressed the audience with his  acoustic guitar skills. It is worth noting that Dhruv is the only Indian to be mentioned in Acoustic Guitar Magazine USA’s “30 Great Guitarists under 30.” Accompanying him were Ajay Jayanthi on violin and strings, Rohan Rajadhyaksha on Keyboard and Piano, Ankit Dayal on percussion. Backing him on the vocals were Rohan Rajadhyaksha and Ankit Dayal.

Next came the performance of New York based guitarist and composer, Shubh Saran. He rendered songs like It was you, Safe, Storm, Haze, Slip and Ascent. Shubh’s intricate compositions fuse sounds from modern jazz, neo-soul, and rock with classical and contemporary Indian music.He was accompanied by Christian Li on Keys, Mark Minoogian on bass, Shawn Crowder and Josh Bailey on drums, Jared Yee on tenor saxophone and Brian Plautz on alto saxophone.

The scintillating evening concluded with the enthralling performance of the Blues band from Shillong, Soulmate. They performed blues numbers like The way we are, I sing the blues and Give Love. The songs were based on the life experiences of the band members. In their band were Tipriti Kharbangar on  vocals and guitar, Rudy Wallang on guitar and vocals, Leon Wallang on bass guitarand Vincent Tariang on drums.