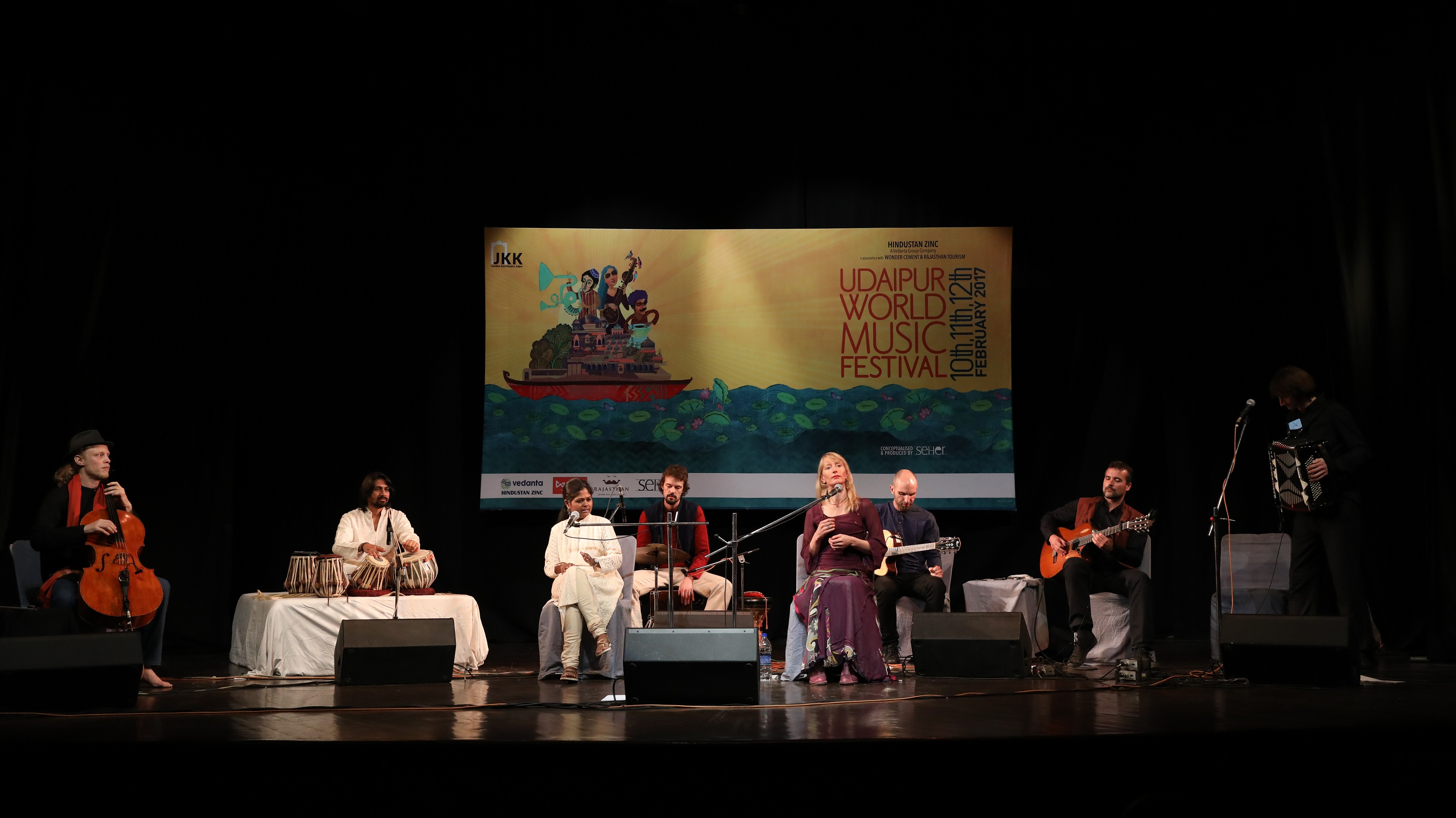 Jaipur, 30 December: The Jaipurites were enchanted by the high enery Indo Balkan and folk fusion numbers rendered by the band ‘Zamee’ today at Jawahar Kala Kendra.The event was organized as a prelude to Udaipur World Music Festival (UWMF), 2017 by SEHER in association with Hindustan Zinc and Wonder Cement and was supported by Department of Tourism, Government of Rajasthan. Some of the songs they performed were Dama Dam Mast Qalandar, Gajananad, Mesecila, Zrelo, Pakhi, Sayaa and Merak, among others.

The members of the band included Nika Solce on Vocals and Acoustic Guitar, Sahiba Khan on Vocals, Matija Solce on Accordian and Vocals, Vinayak Netke on Tabla and Percussions, Tilen Stepisnik on Guitars, Toby Kuhn on Cello and Ziga Sercer on percussions.

“ZAMEE’s first tour in India and it was indeed an honour for the band to perform for SEHER in Jaipur as a prelude to their much-celebrated Udaipur World Music Festival. ZAMEE is all about finding inspiration from the musical heritage of the land we belong to, and what better platform for us than Jaipur, an icon of India’s rich cultural fabric, to showcase our own interpretation of cultural influences. We sincerely thank SEHER for giving us this great opportunity and look forward to more creative collaborations in future”, exclaimed ZAMEE after a spell binding performance.

Comprising of 9 members, Zamee is a Folk-Fusion band based out of Slovenia and India. It taps into the intriguing similarities between Balkan and Indian music, combining Sufi poetry, rustic folk songs and sacred Indian invocations, with heart wrenching Macedonian melodies and Gypsy tunes.

The Udaipur World Music Festival in 2017 will feature 150 artists from over 16 countries including United Kingdom, Italy, South Africa, Senegal, Canada, Armenia, Turkey, Macedonia, Mozambique, Norway, Iran, Cuba, Switzerland and India among other nations to multiple venues across the city of Udaipur. The lineup is an interesting mix of celebrated and rare artists- some performing in India for the first time like London Community Gospel Choir, Niyaz featuring Nizam Ali, and more. The event will be held on 10, 11 and 12 February 2017.