HomePress Release“IT IS IMPORTANT TO RESPOND, RECOGNISE AND IMPLEMENT CHILD SAFETY MEASURES ACROSS THE STATE” 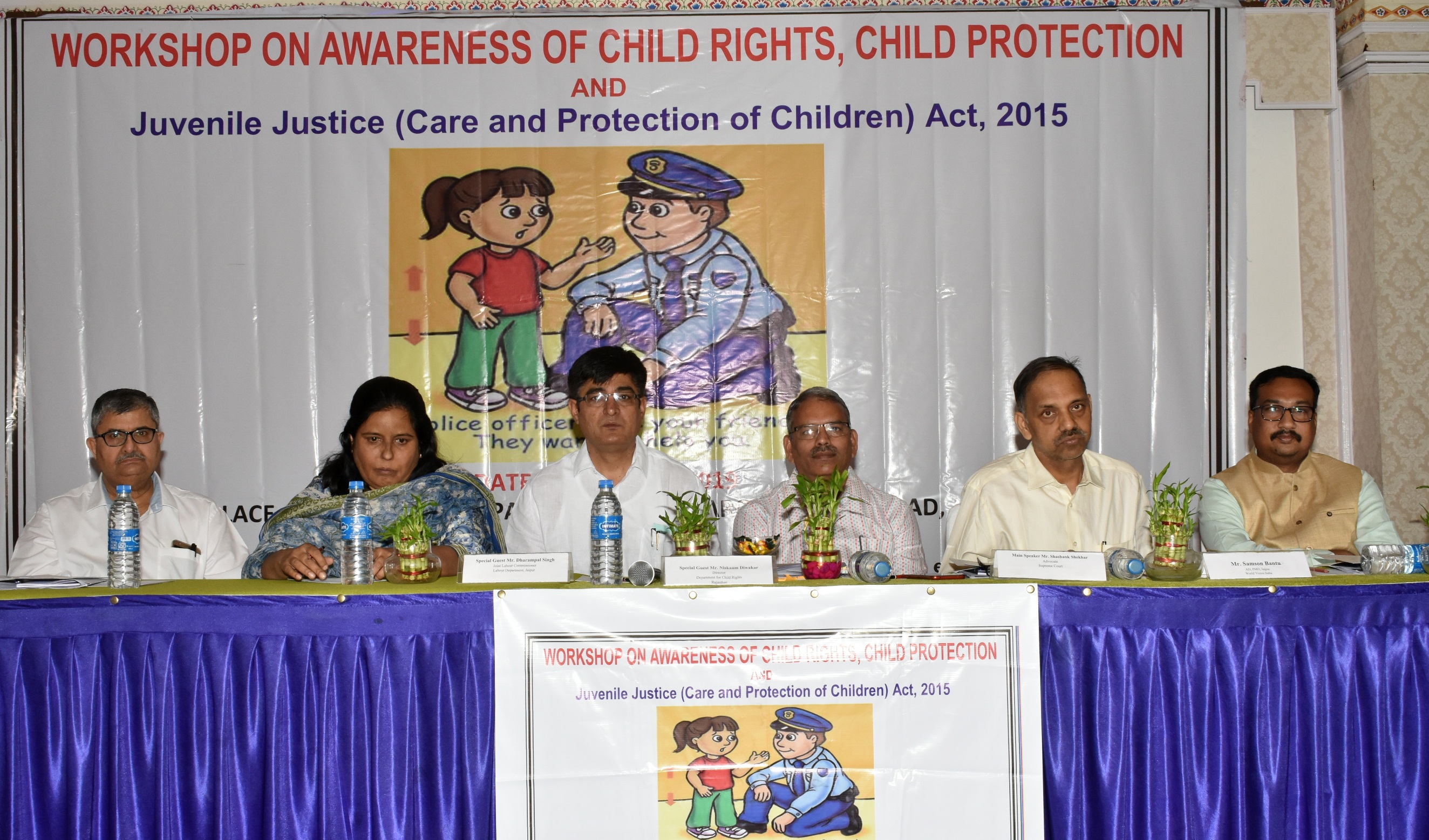 It is essential for officers to identify children in rail stations, bus stations, roads, among other places and rescue them with the use of helpline, Child Welfare Committee (CWC) and other avenues. This will not only help save the child but also give them a second chance at life. Every child deserves to be treated with love and respect and be educated so as to have a better future. This was stated by Director, Department for Child Rights Rajasthan, Mr. Nishkam Diwakar. He was addressing the ‘Workshop on Child Rights and Child Protection of (GRP) and The Juvenile Justice (Care & Protection), 2015 at Hotel Vesta Maurya Palace on Monday. The workshop was also attended by several Railway Protection Force (RPF) and Government Railway Police (GRP) officers. The workshop was organised by Prayas JAC Society Jaipur.

Furthermore, Mr. Diwakar informed that a ‘Convergent Plan’ on child protection is in the process. This plan will have the collective inputs of the various Law, Education, Labour Department and various other stakeholders.

High Court Advocate, Mr. Mahesh said that the role of female officers is highly crucial in matters of child protection. Children feel more comfortable interacting with a female officer. They can be like a sister or mother to the lost, abandoned and abused child. Often special children are also rescued. These children need to be taken to special schools whose trained staff can help communicate with the child and aid the officer in charge of collecting evidence.

Director of Childline Jaipur, Ms. Varsha Joshi said that when an officer sees children in large numbers who are suspected of being trafficked, they need to call the ‘1098 Helpline’. It is a free and 24 hours service, dedicated to safeguarding the interests of vulnerable children. Traffickers have become very aware, they have started detraining the children from the train 2-3 stations before they reach Jaipur and then carry on buses or cars to reach the city and other districts.

Law Officer, Advocate Tushika Agarwal of Prayas JAC Society said that Rajasthan is the State with the highest child labour figures. Prayas currently has 47 home centres and 247 community based skill development centres all over India for rescued children. The objective of this workshop is to understand how law and order and apps can be used to promote child safety.