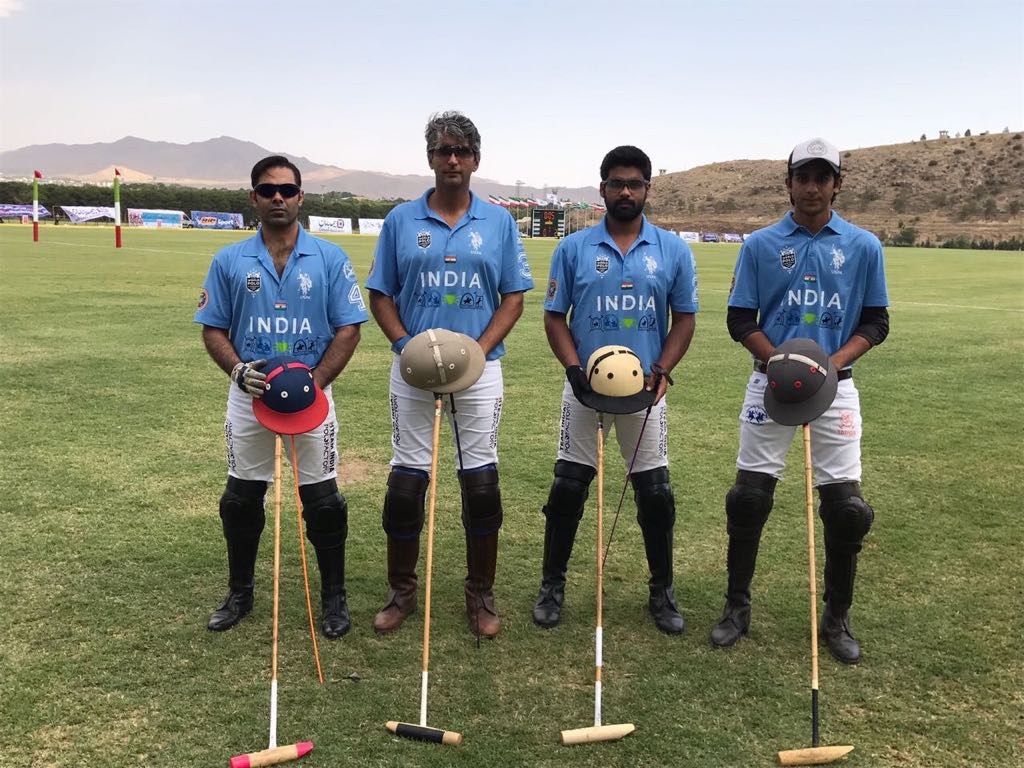 Jaipur, 4 July: Indian Polo team began their account with a victory when they won against the Iranian team at Tehran on Monday by 10 goals to 8. Currently the FIP World Cup Play off Zone E is taking place in Tehran. In a thrilling match Dhruvpal Godara scored 6 goals, Angad Kalan 2 goals and HH Padmanabh Singh & Siddhant Sharma 1 goal each.

The Indian team will now play against South Africa on 5 July and Pakistan on 7 July. The final of the World Cup is scheduled to be played in Australia this year in October.